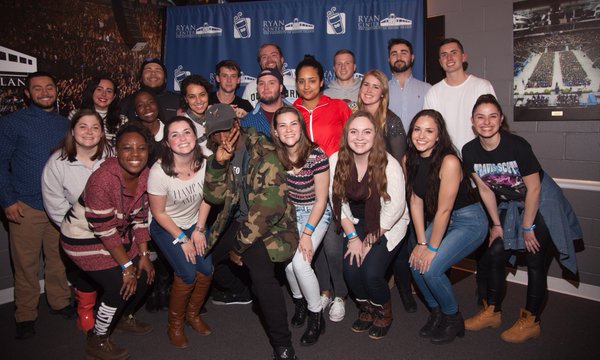 Michelle Caramadre, concerts president of the Student Entertainment Committee (SEC) at The University of Rhode Island, spoke to the Cigar about what goes on behind the scenes of the club.

Caramadre talked about how the first thing SEC plans to do is spend the bulk of its money on the first show of the year. The group uses this first show to help bring in more shows throughout the semester.

SEC works directly with an agent to help find talent to bring in. Its agent comes up with a list of potential talents, but SEC can also ask the agent to help contact someone who may not be on the list. SEC brings the list to its committee members and together they narrow it down to a few candidates. In addition, SEC uses polls and word of mouth to get the opinion of the URI community about who it would like to see on campus.

Caramadre also talked about the process of booking Fetty Wap and bringing him to campus, adding that rapper Future was also a consideration. Future was heavily considered because he has more songs than Fetty Wap as well as more experience performing. Fetty Wap was also more expensive than Future. However, after asking around the URI community, SEC decided the demand for Fetty Wap was worth the extra cost for his performance.

Another instance Caramadre talked about was the decision to bring in Travis Scott. The choices for talent were between DNCE, Travis Scott and Trey Songz. Initially SEC wanted to go for DNCE, as the organization tries to avoid having the same genre too many times in a school year. SEC ultimately decided to poll the university and sent out a survey on social media. The survey results showed that the university majority wanted another rap artist and so SEC decided to bring in Travis Scott.

Once they select someone to perform, they immediately kick into advertising.

“It’s just basically trying to find the manpower to spread the word and make our promotion as effective as possible,” Caramadre said.

Multiple sub-committees pass out flyers and drive social media. There is also a group of people within SEC, the Street Team, that goes out and chalks the campus and posts flyers among other duties. Â Â Â