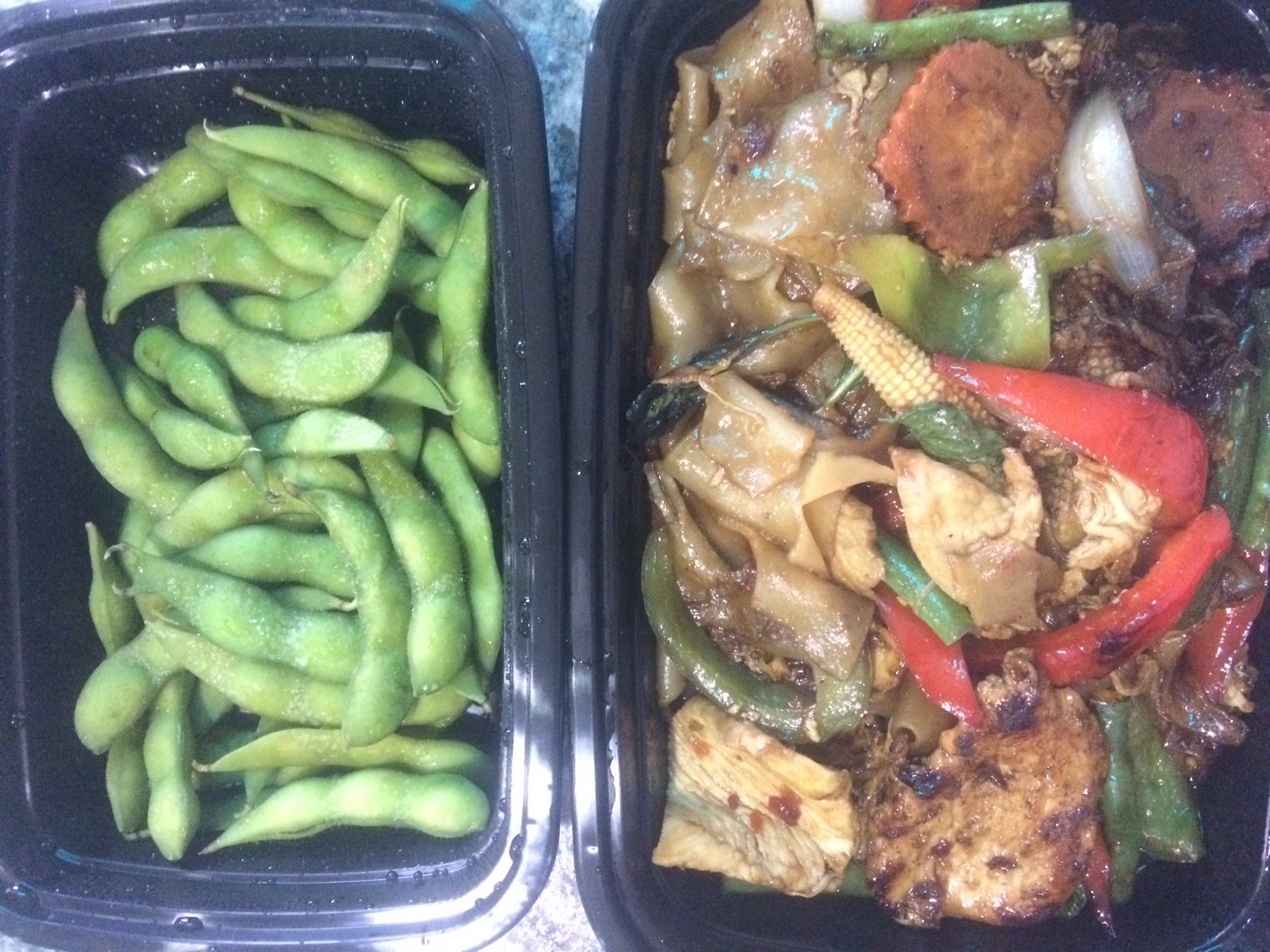 Simply Thai is easily missed in the Emporium at the top of campus, especially next to the Rhode House’s flashy neon sign. Its dark navy-colored sign blends into the building, and the only noticeable feature on the storefront is a small, blinking sign that reads “OPEN.” On the inside, it’s just as unassuming. There’s a relatively spacious seating area with a few booths and tables, with a small counter at the back and a menu mounted on the wall, above a sign notifying customers that the restaurant is “self-service” next to the silverware and pitcher of water.

Simply Thai is somewhere in-between in terms of typical restaurants. It’s not exactly somewhere meant to order out and never set foot inside of, but it is definitely not a standard sit-down restaurant. At the same time, it is more than a late-night craving spot, but not quite a format that would exist too far from campus. After all, there’s really no table service, and you order at a counter, but the food is more suited for a dining room than a quick-service fast food spot.

So, I ordered take out, which seemed a natural middle ground between bothering to sit in front of a counter and pour my own water and hiding in a dorm room eating takeout.

Happily, the very low prices, fast order time, and friendliness of the staff made it a fine experience either way. The drunken noodles with chicken were $7.75, and with an appetizer order of edamame, the total came in at just under $13.

To start with the edamame, I ordered it because it seemed like the right thing to do — but I’d never eaten it before, and I quickly realized that eating it required instructions I wasn’t aware of. An important tip for first-time edamame eaters: don’t eat the pods, just the beans inside them. Regardless, it seemed well-seasoned and refreshing once I finally figured out how to eat it (after trying and failing to eat the shells).

The Drunken Noodles were much more than I was expecting. Usually, places that cater to college students sell food that is mostly one-note, without much in the way of interesting flavors or textures. These noodles, on the other hand, seemed much more multi-textured, complex, and made with care — exactly what I would expect from a “proper” restaurant anywhere else far from campus.

From the menu and what I could tell, the dish consisted of flat rice noodles, onions, baby corn, onions, red peppers, string beans, basil, carrots, and chicken as my choice of meat.

Visually, it was nice enough for takeout and the visible colors from the veggies added a lot. All the flavors were contrasted and balanced very well. The noodles almost melted in my mouth without being chewy and the chicken was tender enough while there was still firmness in the vegetables.

The bright sweetness of the corn, onions, and peppers was the first thing to come through, but was quickly balanced out by the slight spice of the chicken, and the noodles which were spicy, but never quite as spicy as I would have liked. Every bite had a distinct texture and flavor combination, and the eating never got boring. Overall, it was deliciously pan-fried, and very moist and flavorful throughout without being overly heavy or greasy.

If there was a weak point, it was definitely the chicken. Its texture was good, but didn’t have much flavor in and of itself; it was more an acceptable protein filler that happened to work well with the rest of the dish than a remarkable addition on its own.

The service was very nice and very fast, but my only complaint is that I ordered the dish spicy over the phone, and it seemed to be the standard, milder version, but that could have been due to miscommunication more than anything else.

It wasn’t a perfect meal by any means, but it was far better than you might think, without the pricetag (or the distance from campus) that would come with a full service Thai restaurant elsewhere in the state. If you have even a passing interest in trying Thai food, there’s no reason to go very far when Simply Thai is in our backyard.