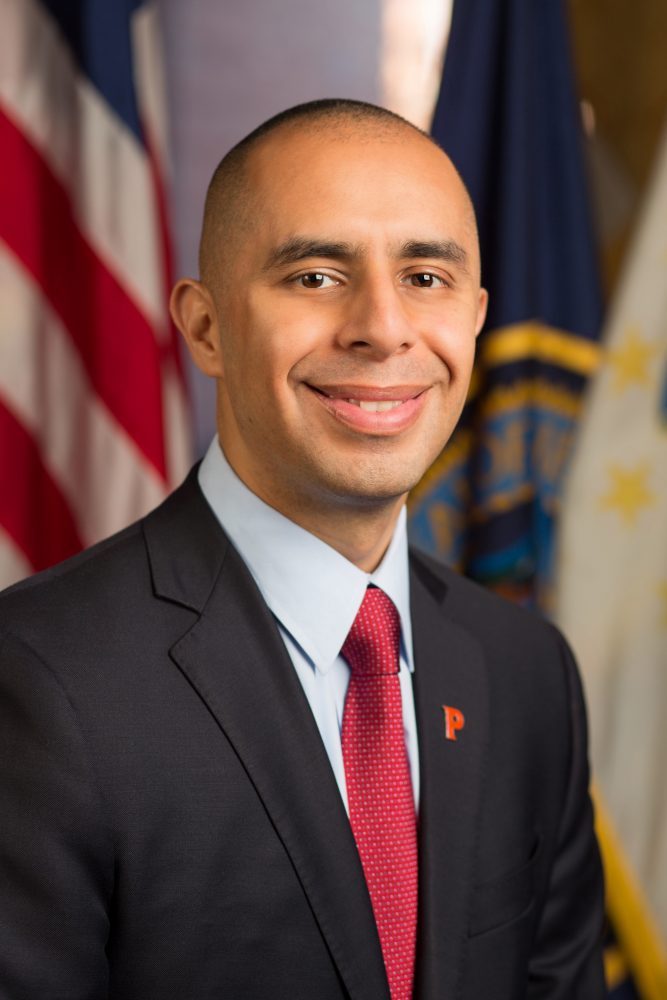 Providence Mayor Jorge Elorza understands the importance of making the most out of an opportunity, as someone who worked his way up the ladder, coming from nothing to something.

Born and raised in the West End of Providence, Elorza grew up in poverty. His parents emigrated from Guatemala and worked in factories to support him and his older sister.

Although Elorza graduated from Classical High School, he admitted he was not a great student while he was there and was rejected from every college he applied to. He attended CCRI for a year before coming to the University of Rhode Island as a product of the Talent Development Program.

“God sent for me,” Elorza said. “If had not been for the Talent Development Program, I do not know what I would have done.”

Majoring in accounting, Elorza was very focused academically. While on campus he was involved in the Latin American Student Association (LASA) . He eventually became the President during his junior and senior years

Elorza accredits LASA for teaching him how to do community work, run an executive board and hold meetings. “It really changed my life,” Elorza said. “After that, I knew I wanted to work in the community.”

The Democrat had nothing but high remarks when describing his time enrolled at the College of Business Administration. Recalling his course work as demanding and rigorous, Elorza said the entire faculty was always willing to help their students.

“It definitely prepared me for what lied ahead,” Elorza said.  “I felt I had good preparation.”

After graduating from URI in 1998, he spent time working in New York on Wall Street before returning to his roots in Rhode Island. Looking to help people in need directly, law school was recommended for Elorza. At first he was hesitant but with further research he learned that law school could help him make a difference around issues that mattered.

“I had a great time at Harvard,” Elorza said. “Many of my classmates were on their way to work at law firms, but I knew I was going to be back in Providence working in public service.”

Working with Rhode Island Legal Services, Elorza helped counsel struggling families who were living in slum conditions or facing eviction. He went on to join the Roger Williams Law School faculty in 2005. As law professor for 10 years, Elorza specialized in teaching housing law.

In 2010, Elorza was appointed to work with the Providence Housing Court as a judge. He used his expertise in housing matters to investigate how large banks and corporations were accountable for multiple abandoned properties in the city.

He said he is always looking to improve the quality of life in our communities.

What some people may view as a change in career, Elorza’s run office during 2014 was just the next step. “As a professor and mentor, you have to practice what you preach,” Elorza said.

Never before being deeply involved in politics, Elorza viewed becoming mayor as another way to show his commitment to public service. Challenging himself around an area of interest he didn’t originally contemplate, Elorza defeated the city’s former mayor Buddy Cianci in the November 2014 election. He took office on Jan. 5, 2015 as the 38th Mayor of Providence.

“It was an opportunity that presented itself,” Elorza said. “There was an open seat and I felt I could contribute and do a good job leading the city.”

Elorza stressed the importance of stepping outside of your comfort zone and not limiting ourselves within boundaries we often settle for. He said that taking on additional challenges can only grow your skills and awareness.

“Not only will you find that you have great capacity, but in almost every circumstance you will have capacity far beyond what you believe,” Elorza said.