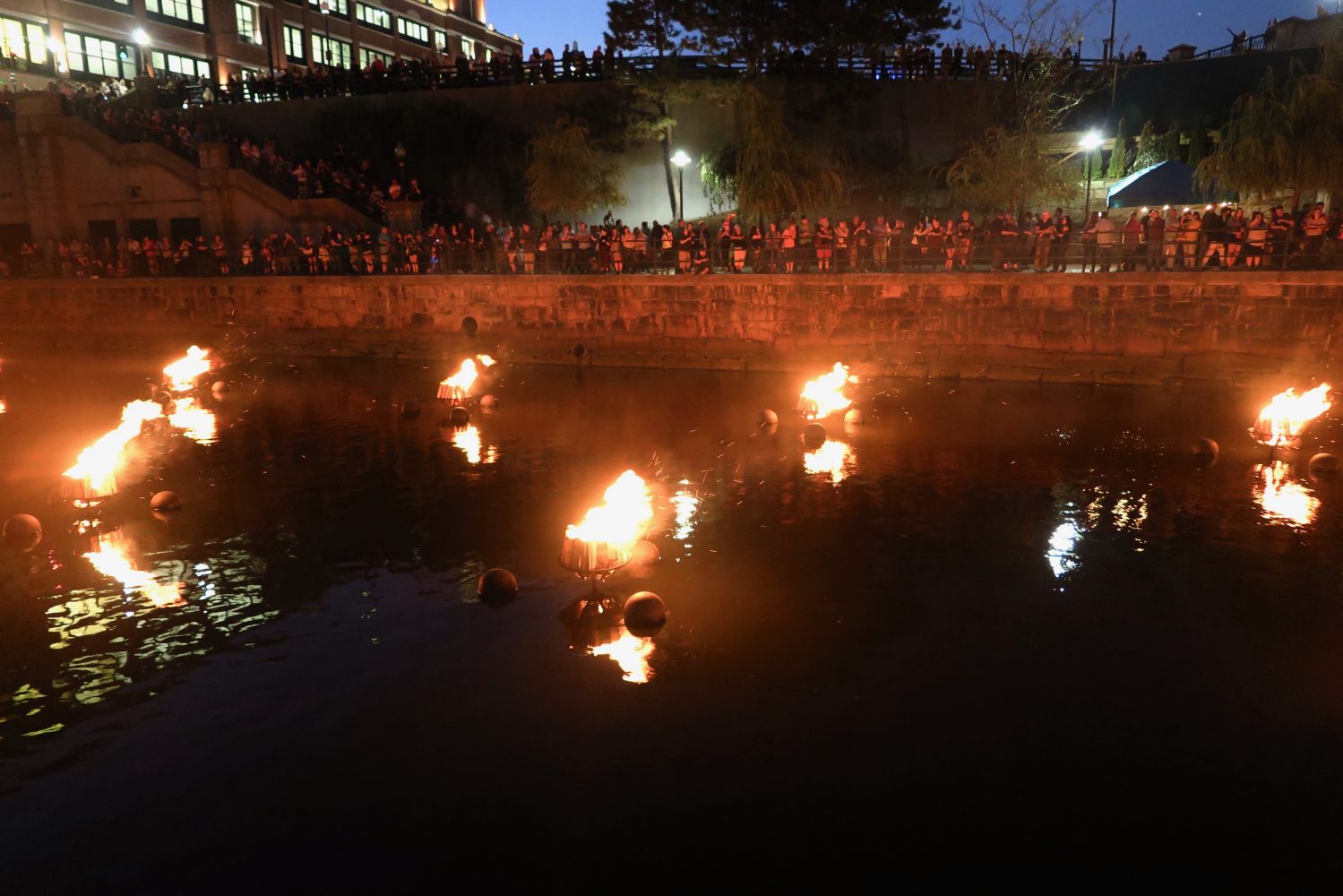 The University of Rhode Island rang in its 125th anniversary in the middle of downtown Providence on Saturday night.

Students, alumni and the general public were invited to a special night of WaterFire to help the university celebrate the milestone anniversary at Waterplace Park Basin.

The event, sponsored by URI, featured a special welcome tent that gave out glow in the dark wristbands along with 125th Anniversary pens to students and alumni.

The different colleges of URI were represented through entertaining interactive booths that lots of people were stopping by to check out. All those who attended seemed to be full of excitement and in awe of the ceremony that took place. Bridget Rounds, a URI freshman, shared what her experience at WaterFire was like.

“I had a wonderful experience. I’m not from Rhode Island so I’ve never seen anything like it before,” Rounds said. “I thought it was a great way to start my first year at URI going with friends and being able to see and walk around Providence. It was a beautiful presentation and I would love to go again some time!”

“The evening was spectacular starting with Adjunct Professor Lila Kane and four theatre students performing at Steeple Street in what we called ‘Rhody Place on Steeple Street,’” Esposito said.

At the ceremony, attendees saw all the participants holding a staff with a candle as they stood around the edge of the basin. There were candles stands on benches which is how most of the participants lit their staffs. Some participants rode around in boats to light the fire basins in the water.

“President Dooley, senior leadership, deans, alumni, and friends of URI participated in the lighting of the Ring of Fire Ceremony,” Esposito said. “The University was very well represented!” The ceremony was appealing to the large amount of people who attended.

Future 125th Anniversary events include the URI Big Band performance on Saturday, Oct. 7 at the Wakefield Oktoberfest from 6 to 7 p.m. As well as the URI Ram Marching Band performance in the Woonsocket Autumnfest Parade on Monday, Oct. 9 from 9:30 a.m. to 12:30 p.m. The parade begins at Diamond Hill Road Plaza and ends at World War II Park at Social Street.