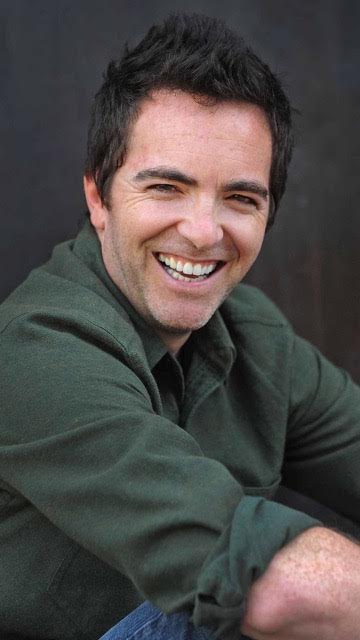 Growing up only a mile from campus, Brendan O’Malley never considered going anywhere else. Fast forward 25 years and he is nowhere close to Kingston, Rhode Island. Currently living out in California, O’Malley has come a long way since graduating from the University of Rhode Island in 1992. He just recently completed his stint as co-producer and writer for Starz hit comedy, Survivor’s Remorse.

O’Malley didn’t become a writer right away. After graduation, he spent time in theaters outside of Providence that performed at various elementary schools around the state. In 1994, he decided to pack up his bags and head to New York City.

“New York was a shock to my system,” O’Malley said. “It took me about a year to find my wits about me.”

During his nearly 10 years in the Big Apple, O’Malley was most often acting on the stage. He appeared in a few episodes of Law and Order, in addition to various movies and commercials.

“Being the time of pre-internet, I would be backstage searching trade papers looking for any kind of audition,” he said. “Anywhere that I could get a chance, I would go.”

Then in 2003, O’Malley traveled out to Los Angeles to participate in a play that was wrote by his cousin, actor Mike O’Malley, who is known for starring in “Yes Dear” and “Glee.” He had no intentions to stay in California. Similar to his experience in New York, the URI grad focused on acting in miscellaneous stage plays, movies and television shows.

“There was a bunch of almosts in LA,” he said. “Many of the roles that I was up for were between me and the other guy. At a certain point, you need something to break.”

O’Malley found his breakthrough after meeting established actor and aspiring director Jeffrey Donovan. Star of TV series “Burn Notice,” Donovan chose O’Malley to be in his stand-alone film “Burn Notice: The Fall of Sam Axe.” Having captured the attention of Donovan, O’Malley appeared as a recurring character on show during 2011.

“You have to make your way and make a stand wherever you go,” O’Malley said. “I always looked at an audition as not only a job, but a chance to make them notice me and appreciate my work.”

Looking for something new, it was his cousin that influenced O’Malley into writing his own material. He began writing during 2008 because he wanted to have more control over the things that he was doing in his professional career.

“Every actor is a dime a dozen,” he said.

Approached by Lebron James and Maverick Carter, Mike O’Malley needed help to begin writing a pilot for new television show: Survivor’s Remorse. A comedy series that highlights a young basketball player adjusting to wealth and fame, O’Malley began as a story editor. With greater writing experience and practice, he was named the co-producer of the show.

“I never got the chance to meet Lebron, but he would work with Mike to identify certain story ideas and what to pursue,” O’Malley said.

Collaborating with a team of 10 to 15 writers, he says that a lot of your time is spent formulating different ideas and plot scenarios, or even focusing on character development. According to O’Malley there was very little sit alone time to write on Survivor’s Remorse, the process was a full collective effort that required teamwork.

The story writing process is a continuous cycle of drafting, reading and editing work based on commentary and suggestions from colleagues and network officials. Once production began O’Malley gained additional roles like watching tapes of actors, coordinating practical aspects, finding locations to shoot, and all the small ins and outs of filming a television show.

“Your opinion is not always taken,” he said. “It was common to find people doing rewrites up to last second.”

Post-production efforts consist of evaluating other shows and how people put their shows together. As a co-producer, O’Malley would continue to give his input when it came to different editing techniques like cutting scenes, sound and lighting.

Despite the show being cancelled after three seasons, O’Malley justified that a career as an actor and writer is, “a never ending search for your next gig.”

Writing his own material opened up a new door of opportunities for him. A way to stay productive, O’Malley believes that writing helps actors better understand the art of storytelling.

When he left URI he never considered being a writer.

“I would say that I’m echoing my cousins’ settlement that actors now need to be creating their own material as it puts a spotlight on you as a creative force as opposed to someone who is just looking for a job,” O’Malley said.

The biggest thing that he learned as a Rhody Ram was to be prepared. O’Malley feels as though his time at the university was a hands-on, practical experience that required him to work hard and be disciplined.

“Now that I look at it, part of it is all about your commitment,” he said.