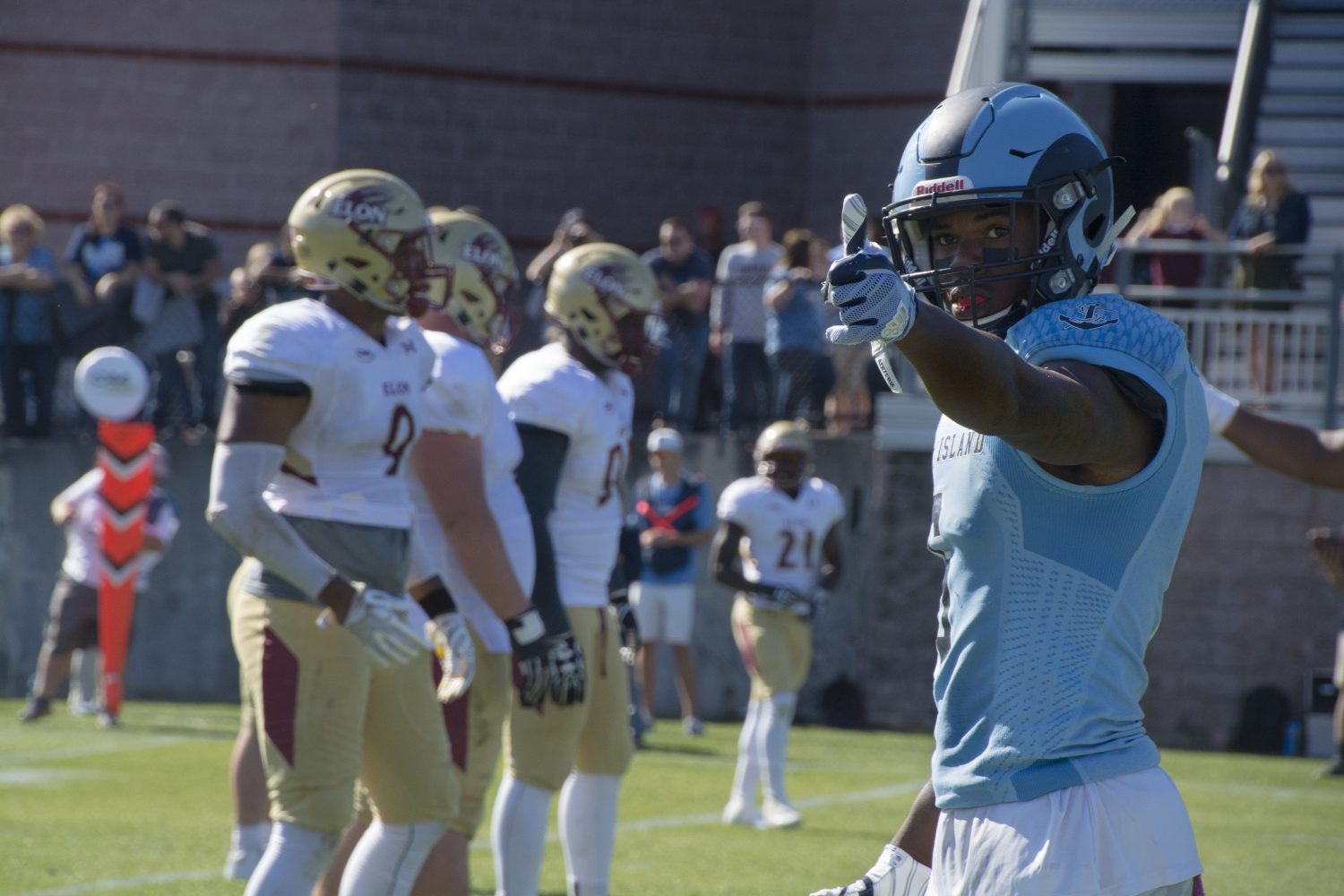 By: Tyler Krusz and Nick Cardi

On the defensive side of the ball, Jose Duncan takes home the Cigar Sports MVP honors for the 2017 University of Rhode Island football season.

Named a captain at the beginning of the 2017 season, Duncan started all 11 games at defensive end and finished his URI football career 10th in team history in sacks, with 12.5, and tackles for loss, with 25.

Overall, Duncan finished the season with 52 tackles, 10 of them for loss, 5.5 sacks, two forced fumbles, a fumble recovery, and a pass breakup.

Duncan started the URI season off with a bang, recording eight tackles and two sacks in the double overtime loss to Central Michigan University on Aug. 31. He stayed hot into the Rams next game, a loss to Stony Brook on Sept. 9, recording four tackles and a 41-yard fumble return.

In what may have been his most impressive showing, the senior out of Brooklyn, New York, was named as the CAA Defensive Player of the Week after a Rams victory over Harvard on Sept. 16. He recorded five tackles, three for a loss, two sacks, a pass breakup, and a forced fumble in that matchup.

Duncan tied a record this year, being the first URI player with two or more sacks in three consecutive games since Frank Ferrara, who played for the Rams from 1995-1998.

This year, the Rams defensive unit set a program record by recording 32 sacks on the season. Duncan, one of the main focal points of opposing offensive lines, played a vital role in this historic season from the Rams’ front seven.

In a season where the Rams allowed less than 10 yards rushing in a game on two separate occasions, pointing out the biggest force on the defensive front is necessary when naming the MVP of the URI defense.

Aaron Parker had lofty expectations coming into his sophomore campaign being named to the 2017 CollegeSportsMadness.com Preseason CAA Football Third-Team All-Conference Team. A well deserved honor after an impressive freshman year. As a freshman parker led the team in receiving yards (441) and touchdown catches (4) in 10 games.

Parker also broke a record while he was at it. The six-foot-three-inch sophomore caught a touchdown in nine straight games bridging in between this season and last season. That record broke the previous mark of seven set by Bobby Apgar in 1994. He broke it against Elon when he caught five passes for 68 yards and the score in a losing effort against the then No. 14 team in the FCS.

In URI’s first win of the year, Parker accomplished a personal feat of completing 100 yards receiving for the first time in his young career. He would go on to pass the century mark in recieving yards two more times over the next two weeks in both losing efforts against New Hampshire and in-state rival Brown.

Parker was a constant piece in the Jim Fleming offense throughout the season. No matter who was lining up under center whether it be JaJuan Lawson or Tyler Harris you could always count on number six. With two more years left look for Parker to only get better while shattering more URI records along the way.