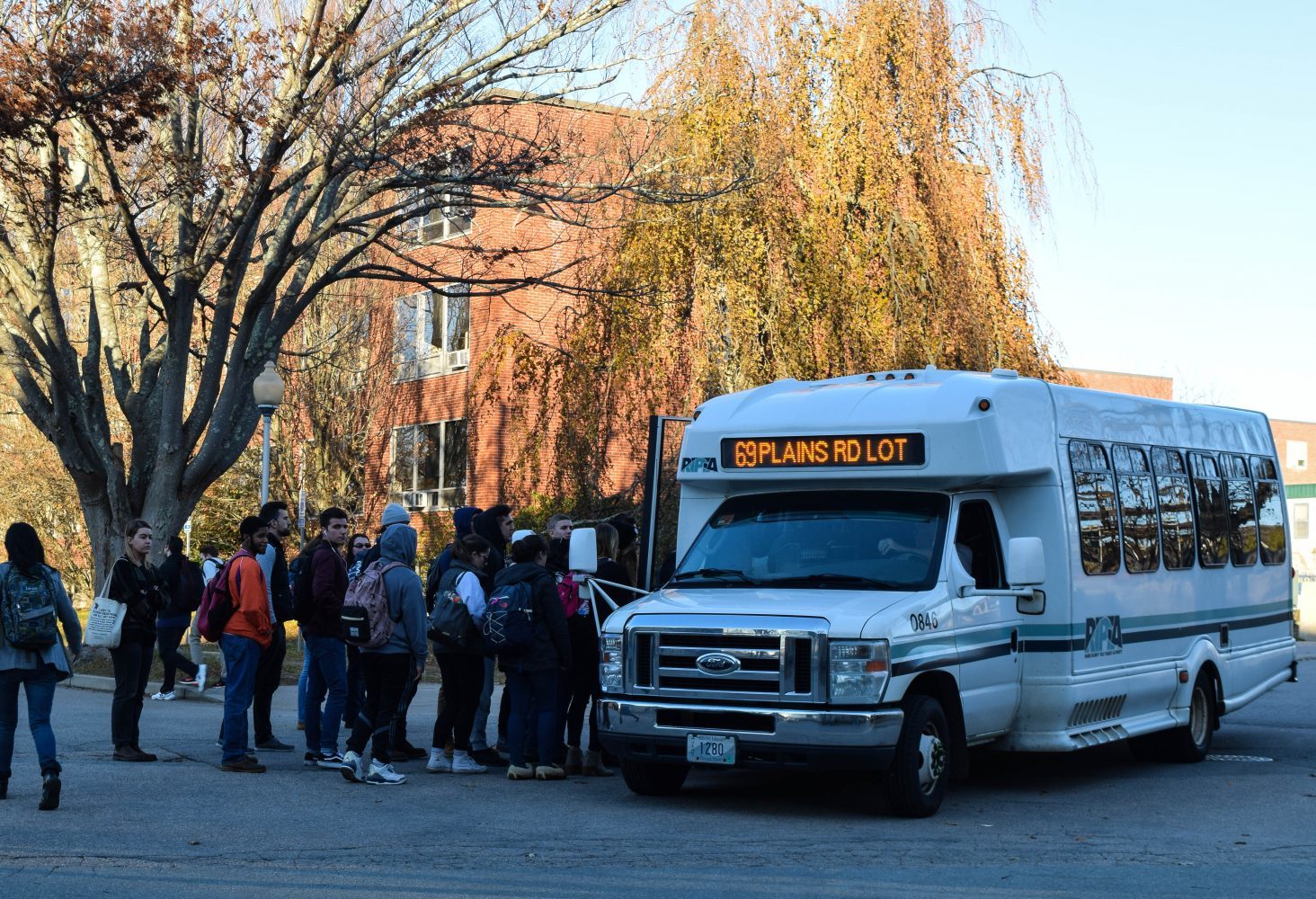 With parking concerns at an all time high as construction of the Brookside Apartments looms on the horizon, the University of Rhode Island has put together a transportation master plan to address these issues.

Abigail Rider, vice president of the Division of Administration and Finance, explains that the new plan is to primarily focus on the demand of parking rather than the supply of parking. With the construction of the Brookside Apartments, the Engineering Complex and the new Visitor’s Center, the University will be losing 573 parking spots.

Christopher “Kip” McMahan, director of Campus Planning & Design, explains that there’s a perception that there isn’t enough parking on campus. “There is enough parking,” McMahan assured. “It’s just not where everybody wants it to be.“

That is true for now, but with the loss of over 500 parking spots, concern has risen. “If we do nothing… we run out of parking really in the fall,” said Rider. “We just don’t have enough parking, assuming nothing changes.”

This spring there are two voluntary options being offered to residents of URI. One option is they can voluntarily turn in their parking permit and leave their car home from the spring semester in which case they will receive a refund of $130 from their permit and will be given two free one-day parking passees to use whenever they want. The second option is for residents to park their car for free at Wickford Junction and take the RIPTA bus to and from campus. This option also includes a $130 refund, two free one-day parking passes and a UPass, which offers free RIPTA rides. The last day to sign up for either of these options is by Dec. 22.

“This is a volunteer program, it’s free parking, it’s sheltered, easy bus connections, you get a bus pass, and you have the ability to park on campus after hours and on weekends,” said Rider. “We’re hoping a lot of people will look at this and decide given how often they’re not using their cars, that it’s a good deal.”

Rider explains that they came to this solution after discovering that 64 percent of residents who have parking permits live in Rhode Island. “Probably a lot of them don’t need a car except for things they want to do [such as entertainment, food, etc],” said Rider. “So these students, a lot of them, could use alternatives to single vehicles to help protect the environment and help the campus while it’s growing.”

As of right now, we have multiple options for off-campus travel at URI. These include the car sharing service, zipcar and the RIPTA busses which travel to Providence, Newport, Wickford Junction, the airport and the nursing education center. Discounted tickets for the RIPTA are offered at the information desk at the Memorial Union.

While most universities in the Northeast have been shrinking, due to the declining high school graduate demographic in the Northeast, URI is continuing to grow. “Last year we had a record applicant pool… we have record yield of high-achieving students,” said Rider. “We’ve managed to [raise our numbers] without sacrificing any indicators of the qualities of the student body.”

While residents do take up a significant amount of the parking, the University is also looking into future less expensive, off-site parking options for commuting students. This will probably not be implemented until fall of 2018.

Rider explained that the University looked around the campus to see if there was a place to build a new surface parking lot, but there really isn’t. “The reason there isn’t is because the only places that are open are on top of our well, we can’t do that, on some natural geographical features that we can’t build on, our athletic fields,” said Rider.

A possible solution to this problem would be to build parking decks over the pre-existing parking lots. Unfortunately, building those cost a lot of money. “Decked parking is significantly more expensive than surface parking and so that’s going to make parking rates go up because we can’t operate at a loss,” said Rider. “We’re trying to push that out as far as we can because it’s going to cost money.”

During the Student Senate meeting on Nov. 29, Rider presented the transportation plan the senators. Many questions and concerns were brought up after her presentation, including concerns about the RIPTA services being unreliable. “A lot of the times they would miss your spots, they would come extremely late or not at all,” said one senator.

When the question was brought up as to why URI does not have its own affiliated shuttle service, Rider assured the Student Senate that Transportation Services is looking into a new system for the future.

In the future, Rider and Transportation Services is hoping that the new voluntary options for next semester will be successful. She did mention, though, that towing and ticketing might be more frequent in the next semester.