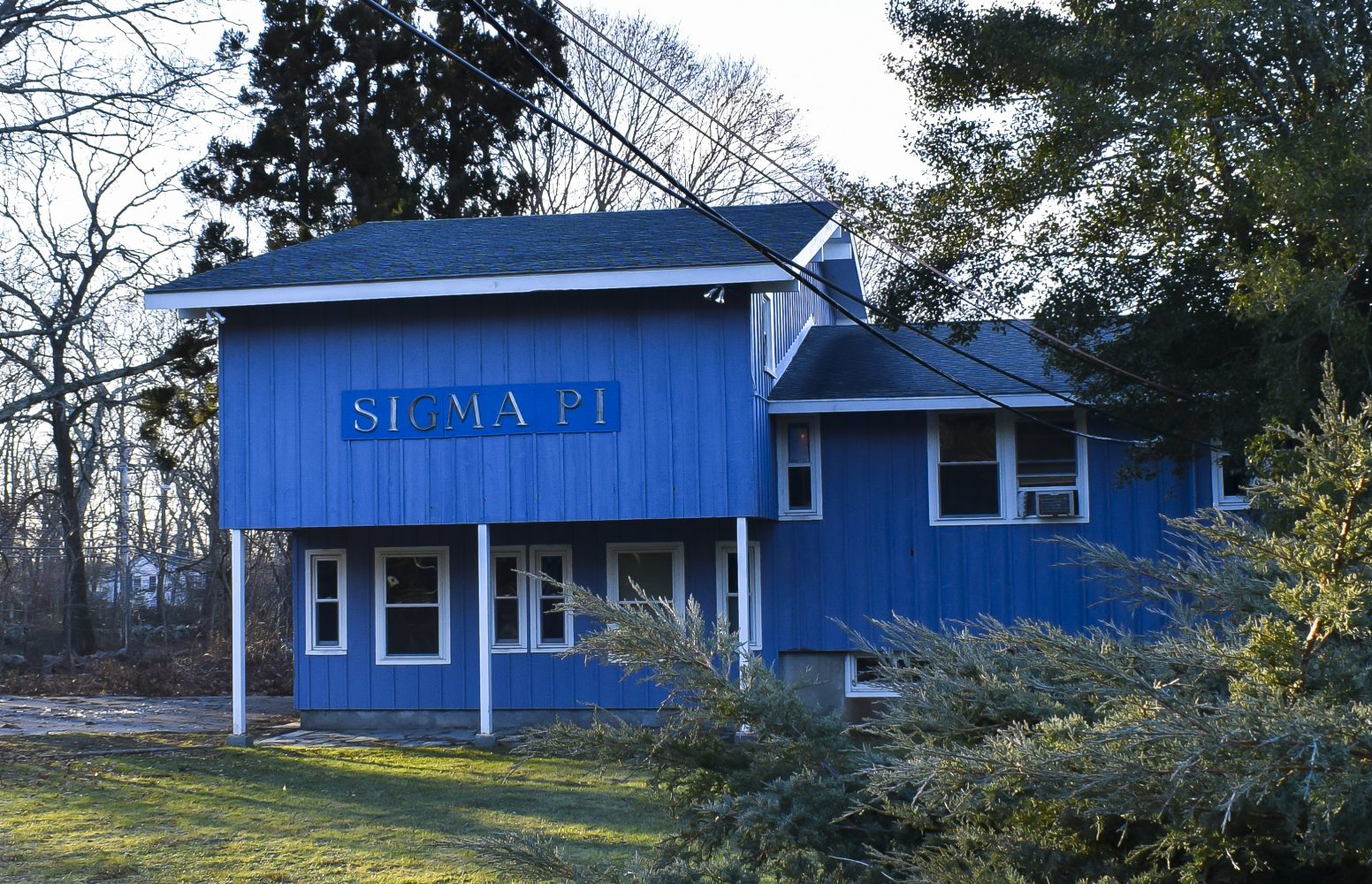 Stefanie Erickson | CIGAR | After recent events, Sigma Pi has been forced to leave their on-campus house.

On Tuesday Dec. 12, two students from the Sigma Pi Fraternity were arrested at their on-campus house by University Police for drug charges. Domenic Cianci and Kareem Boura were charged with illegal possession of marijuana and Adderall, forcing the fraternity into an emergency suspension.

At the time of the incident, Sigma Pi was already on probationary status for minor incidents. The violation of the University’s alcohol and drug policy was the final straw in forcing more severe action upon the organization. The office of Student Conduct, Greek Life office and the Sigma Pi National Organization were all involved in the decision to suspend the Fraternity from campus until 2023.

The organization currently owns property located in Fraternity Circle. On the night of Dec. 12, University Police were called to the house as a fight broke out. One student did commit a felony.  As a result of the incident, the Sigma Pi National Organization decided to shut down the house. Students who lived in the house were asked to find new residences and no special accommodations were made.

“Sigma Pi was already on probation for alcohol and drug violations,” said Assistant Dean of Students Stephen Simo.  “They acquired multiple infractions over the years, and had a lot of lower level violations that piled up. There were specific individuals involved who will be held accountable through the conduct system.”

Federal regulations prohibit the possession and use of marijuana, and since URI is a federally funded campus, the same rules apply. According to the University’s Student Handbook, students who are 18 years or older and possess up to one ounce of marijuana are punishable with a fine of up to $150. Students who possess one ounce to one kilogram can be punished with one year in jail and a $500 fine. All students living in fraternity and sorority chapter housing must abide by all policy handbook rules. The student handbook does not make any references towards punishment for the illegal handling or distribution of prescription drugs.

The University handbook also states that “Greek letter organizations share a responsibility for strengthening the overall quality of student life by making a significant positive contribution to present and future students.”

In Sigma Pi’s case, the inability to correct their probationary status resulted in their five-year suspension. The incident went under investigation and a report was sent into the Dean’s office. While the incident was under investigation the fraternity was subject to emergency suspension, and once it was concluded that the Fraternity failed to follow policy, a final decision was made for long-term suspension.

“Our goal is the safety and security of our students,” said Vice President of Student Affairs Kathy Collins. “We have a very thorough conduct process, but it is up to our students to follow those policies. Sigma PI was on probation, and we investigated. We found that they did not meet the guidelines that are set in place.”

Fraternity and/or Sorority probation generally lasts two semesters, but there is no set period for how long probation is allowed to last. The length of probation is dependent on the level of the infractions acquired.

At this time, the Sigma Pi National Fraternity Council is unable to comment on the situation.