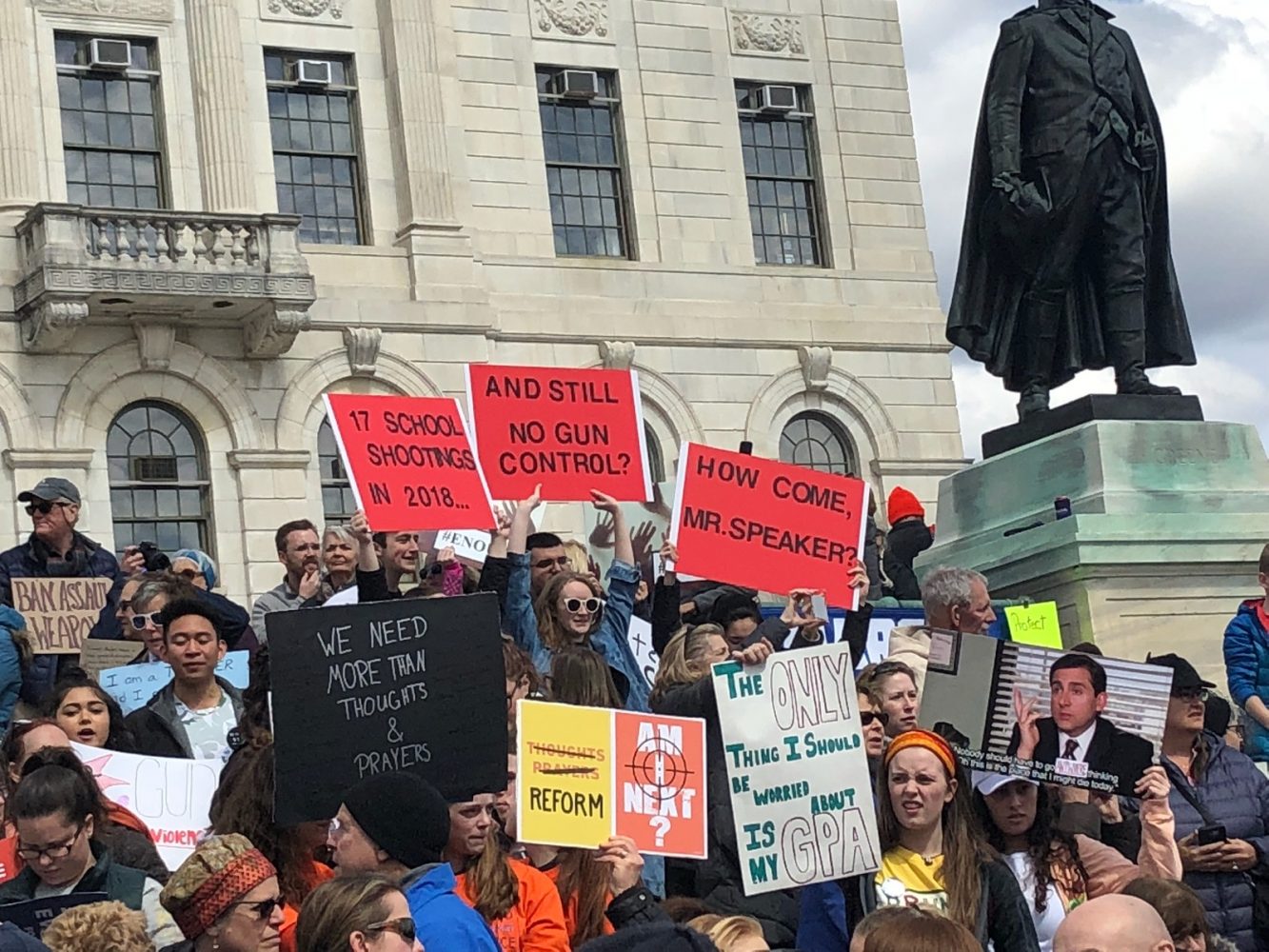 One March 24, March for Our Lives (MFOL) organized protesters who stormed the Rhode Island State House lawn as they gathered to show their support for greater gun regulations and raise awareness for school gun violence.

“March for Our Lives is inspired by, created by, and led by students across the country who will no longer risk their lives waiting for someone else to take action to stop the epidemic of mass school shootings that has become far too familiar,” the Facebook event description said. “Change is coming and it starts now.”

The Providence March event organizers, like senior Johnston & Wales student Sophia Capalbo, say that they are  “sick of feeling numb and not doing anything about it.” MFOL was created in part to honor victims of Parkland, Florida shooting, which on Feb. 14 organized community members in Florida who marched in recognition.

Valentine’s Day survivors from the Marjory Stoneman Douglas High School raised $3.5 million following the shooting, showing the power that even just a small group of students can make. These students sparked the MFOL initiative advocating for anti-gun violence regulations, armed with enough monetary backing for a national march and revolution.

“I’m glad there’s finally been awareness, it gives me a lot of hope seeing students rising up,” said J-Brooks Tait, a Providence high school student. From young children to grandparents a variety of ages attended, a majority holding handmade signs. Many posed the question asking how much protecting a life is worth in this nation.

“The life of one child is worth more than all the guns in the world,” said Christian Arciliares, an eight-year-old who attended the event.

“My only thought was there’s a shooter. I felt so unprepared…no one should have to experience this,” said Tyler Alexander, a junior at Coventry High School, in response to a recent school lockdown. Kids were holding signs carrying important reminders, with one general message, their lives matter. “This is what we as a generation have to worry about,” said Alexander on behalf of his classmates.

Overall, the event attracted community members by the hundreds. People shared their stories, feelings and may hopefully drive policy change for the better.

“We should not live in fear,” said Halima Ibrahim, a local 10th grader. “Our peers should not have to walk into school wondering, am I next?”

The Providence MFOL was one of 800 gun violence marches around the world. When the right to a pursuit of happiness is breached, pressure falls on the government to protect its community.