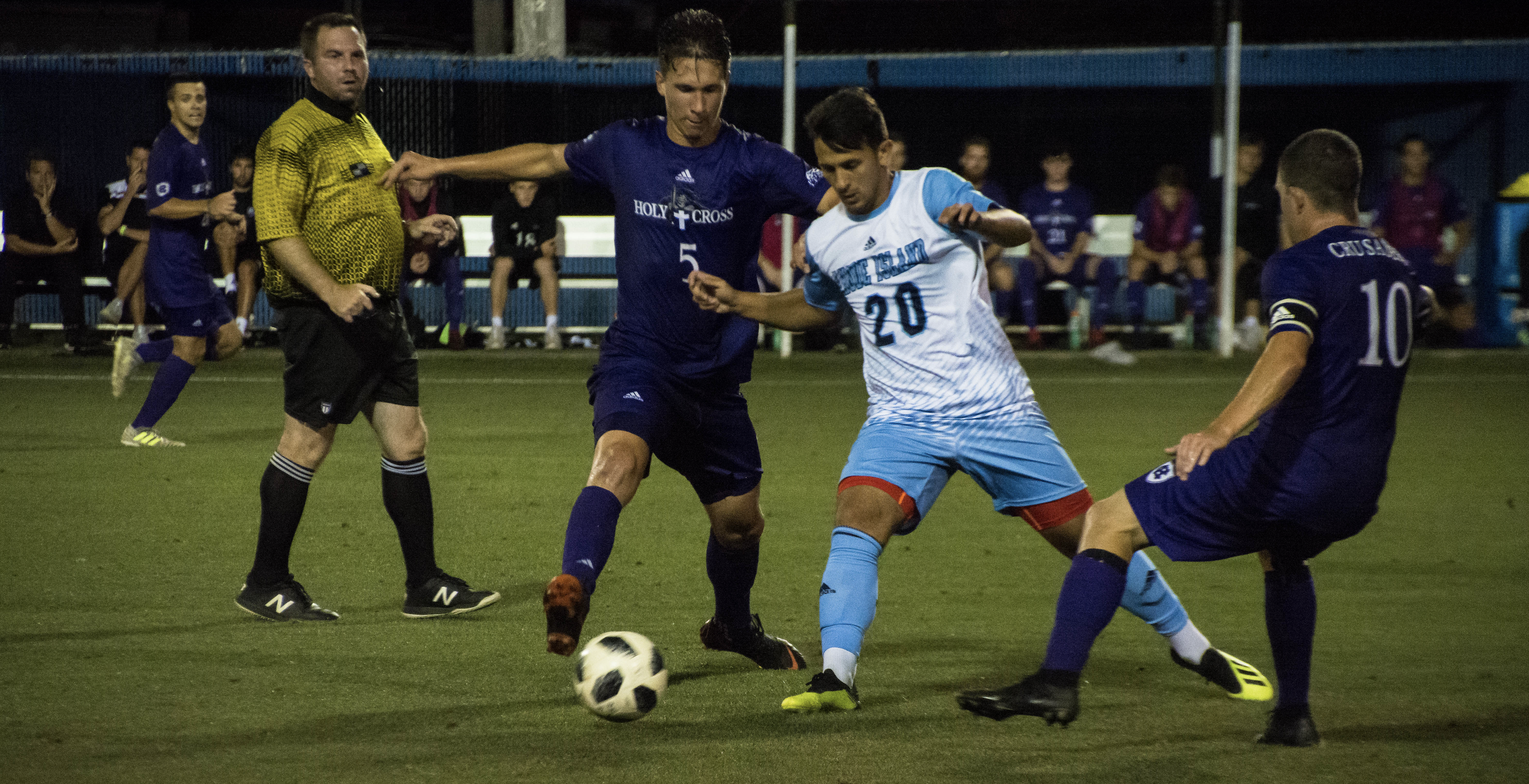 For the first time in program history, the University of Rhode Island men’s soccer team has started the season with five consecutive shutouts and ranked 25th for the first time since 2014. They are a perfect 5-0, with 12 goals scored so far.

The team opened the season with a match at Boston University, where the Rams beat the Terriers 2-0. The first goal of the year for Rhody was scored by junior Ludvik Benco in the 20th minute, giving Rhode Island a 1-0 lead. The second and only goal to occur after that happened in the 82nd minute, scored by junior Simon Trcka. Starting goalie freshman Roger Penske was perfect with two saves on two shots on goal.

The second match of the year was also played on the road for the Rams, who faced off against in-state rival Bryant. The Rams bested the Bulldogs 4-0, with two goals being scored in each half. Dominik Richter scored first for Rhode Island, firing one into the net at the 28th-minute mark. Junior Stavros Zarokostas then scored the next two goals for URI, coming in the 44th and 78th minute. The final goal of the contest was scored by Johnny Sherman in the 88th minute. Penske successfully completed a shutout again as well, saving all four shots he faced.

The Rams third game and also the home opener finished in a 1-0 win against Big Ten conference opponent Penn State. The lone goal came by way of Tyler Dickson, in the 52nd minute. Roger Penske again stopped all three shots he faced for another successful shutout.

In the Rams fourth game of the year, they took on the Holy Cross Crusaders, beating them 3-0 with one goal coming in the first from Dickson at the 10th minute, his second goal of the year. In the second half, Edvin Axelsson blew the game wide open for the Rams, scoring two goals himself in the span of a single minute to seal the win. Goalie Stefan Schmidt got his first action for the Rams and was able to stop all three shots he faced.

“It comes down to the team as a whole,” said Head Coach Gareth Elliott. “Defensively not conceding is a positive thing, and if we can do that the right time of the year it’ll lead to success. The most important thing is to gel. We’re trying to stay focused on ourselves.”

Closing out the first five games the Rams have played thus far was a matchup at Marist. The Rams beat Marist 2-0, with a goal coming in each half. Zarakostas opened the scoring with a goal in the 26th minute, for his third of the year, while Chae Brengman scored his first of the year at the 67-minute mark for the rams. Penske was back in net and again got away with a clean sheet, stopping all five shots he faced.

The Rams next opponent is a showdown with in-state rival Providence College, Sept. 18 at Providence.