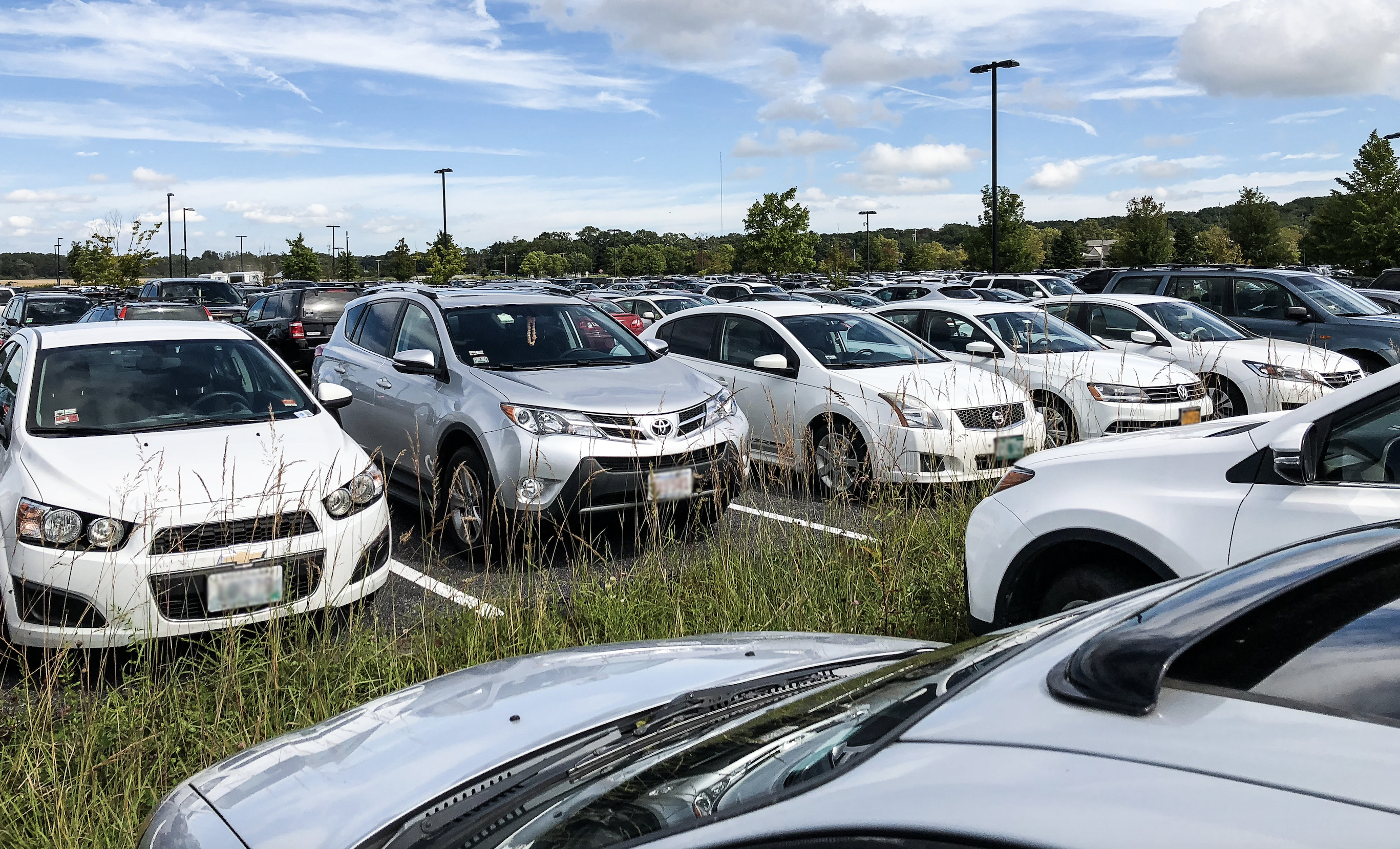 Photo by Melissa Pellegrino | With the first month of the semester gone, many commuters still struggle to find parking in both Plains Road Lot and Fine Arts Lot.

Due to ongoing construction projects at the University of Rhode Island Kingston campus, decisions have been made regarding parking and transportation policies for all students. In recent years, commuter and resident students alike have lost a number of spaces. The previous Dairy Barn lot was rescinded to make way for the construction of the Brookside Apartments, and parking spaces for commuters on Lower College Road are now gone. In total, 573 spots were lost by the end of the spring semester last year.

URI Transportation and Parking Services is shifting around not only where commuters and residents can park on-campus, but also who is allowed to obtain a parking permit. Last year, all resident students who wanted to bring their car had to go through a lottery system, where they had a 61 percent chance of getting a permit.

Starting in the fall of 2019, the URI TAP has decided to take parking away from first-year residents. All upperclassmen students who live on-campus will be able to guarantee the ability to purchase a parking permit. For commuter students, those coming from northern Rhode Island now have the option to park at the Wickford Junction RIPTA stop and take the bus to campus.

According to studies conducted by URI, many third and fourth-year students at the University consider living on campus, and students that do stay on campus have a higher likelihood of finishing their degree. It was also discovered that first-year students without cars on campus are 30 percent more likely to finish their degree and acclimate to college better than those that have the option to leave campus more often.

Projects to enhance campus residential life include amenities such as the recently upgraded Rhody shuttle system and the currently under construction Brookside Apartments. The shuttle system allows campus transportation to make more stops, and they are more frequent as well. Brookside apartments will offer a new and upgraded living option for upperclassmen resident students.

Rider explained that while parking is inconvenient this year, there wasn’t much backlash about the lottery system. She said that the lottery was always a temporary plan to allow the University to finish construction and expand their parking, and there is a lot to look forward to.

“I think that if you look at overall what is going on on campus, it’s worth a little discomfort,” Abigail Rider, vice president of administration and finance said, in regards to the parking situation.

The URI TAP doesn’t expect a decrease in commuters in the coming years. Instead, the new plans will add to the amount of students the University can admit. Along with this, there will be plenty of parking for commuters when the apartments are finished.

The new shuttle system implemented this year is one reason for students to not need cars on campus. With faster and more convenient stops, the shuttles allow students to get almost anywhere. According to Dave Lavallee, assistant director of communications and marketing at URI, the shuttles have received “overwhelmingly positive” national attention as far as San Francisco, California. On Sept. 17, the San Francisco Chronicle published a story about how the new shuttles work and why there are important.

“There must be something different about what we are doing,” Lavallee said.