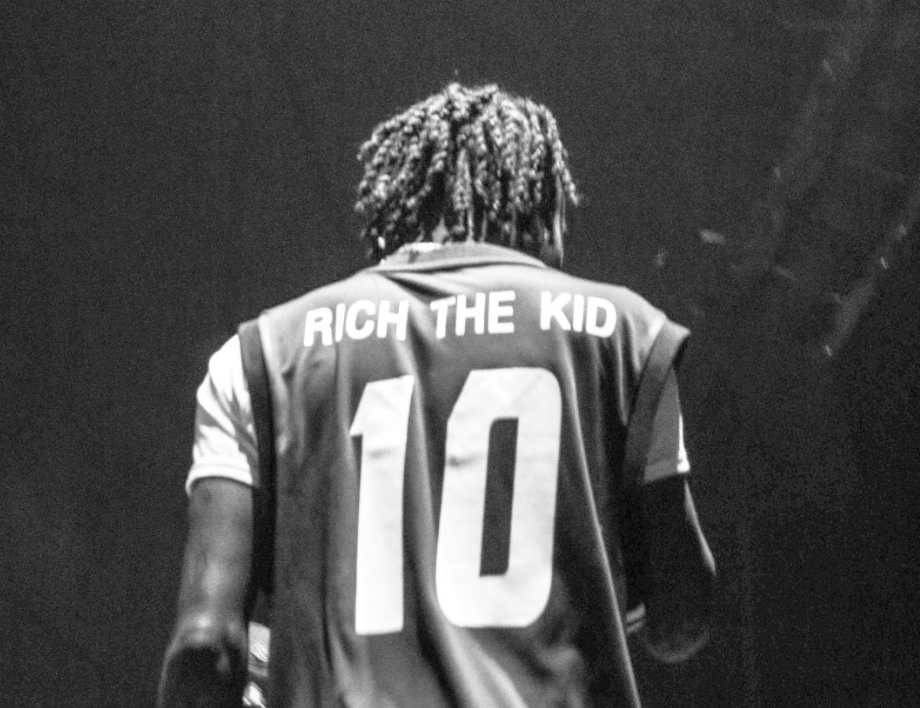 Photo by Kayla Michaud | Rich the Kid was adorned in Rhody gear but fell short of student’s expectations.

Rich the Kid, an American rapper, singer, songwriter and record producer, came to the University of Rhode Island’s Ryan Center this past Saturday, Sept. 29. The concert officially began at 8 p.m., but ticket holders were able to enter the arena at 7 p.m. where there was a DJ playing.

Five different openers performed before Rich the Kid came out on stage, building up the audience’s excitement. All the openers were also rappers who performed their original music as well as covers of well-known hip-hop songs along with the DJ. One of the songs that were played over three times and captured the attention of the crowd was “Mo Bamba” by Sheck Wes.

Reviving the antsy audience from the past five openers, Rich the Kid went on stage at 9:20 p.m. spraying the crowd with a bottle of bubbly liquid. He began his performance with “No Question,” a song on his 2018 debut album “This World is Yours” and continued with “Plug Walk,” which seemed to be the most well known among the audience. The other songs he performed were his originals, “I Love My Choppa,” “Made It,” “Lost It,” “Lot on My Mind,” and “Leave Me.”

Most students had not known who Rich the Kid was before the concert was advertised and wanted to go for the experience. As a result, most attendees didn’t know the majority of his songs. Students expressed overall disappointment with the concert and many said that they paid a lot of money for the main act to only go on for 20 minutes.

“Horrible. I was not a fan,” Chris DeGrandpre, a junior at URI, said. “Overall it was just very trashy.”

Sophomore, Nikki Saitta, was a bit more positive, saying, “I stayed for one song and it was a good song, but I just didn’t vibe with it, so I left early.”

After performing “Plug Walk” for the second time, Rich the Kid thanked the audience for the turnout and exited the stage at 9:45 p.m.While the floor was about half filled, the stands were scarce and looked largely empty. According to the Ryan Center, the crowd was only half the size of what was expected.

The concerts chosen in the past by Platinum Entertainment have been successful and URI Students have had great experiences, so most students are hoping future performers will be better.