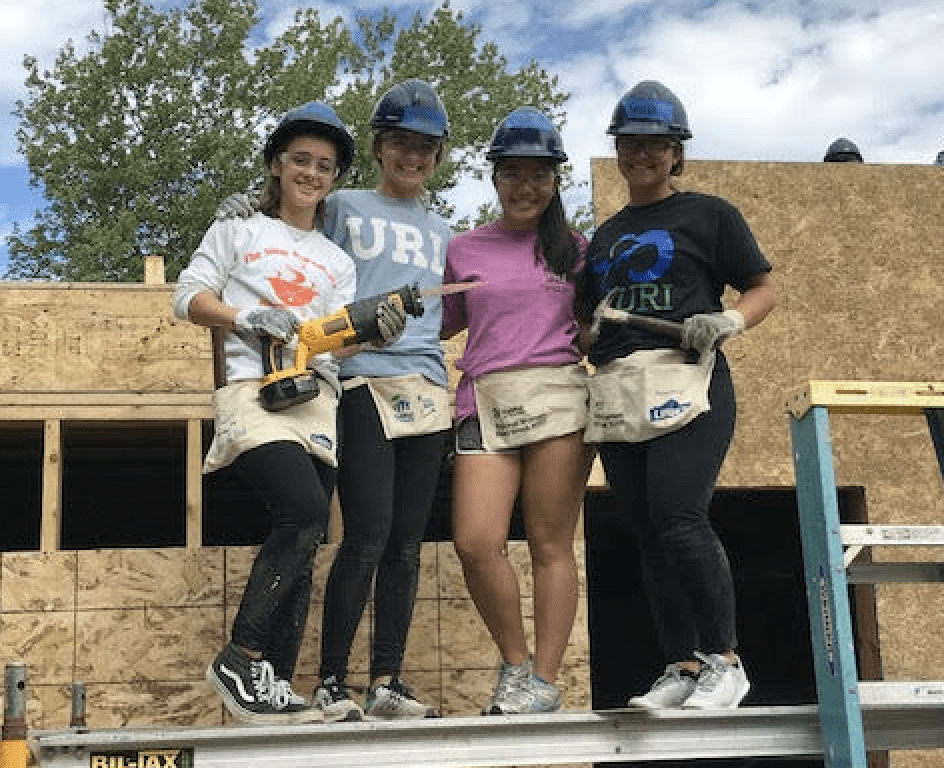 The University of Rhode Island South County Habitat for Humanity sector is celebrating their 25 years as a student-run organization with a comedy night on Nov. 2, 2018, to raise money for upcoming projects.

The fundraiser will be 90 minutes, with a host, a featured act and a headliner. In addition, ‘Funny4Funds’ will set up the venue and will hold a raffle. The price of admissions into the event will be $20. With every purchase of a ticket, five raffle tickets will also be given.

The URI sector of Habitat for Humanity provides community service all over southern Rhode Island, doing projects such as building different homes for people in need. Specifically, the group is working with South County to build a home in Exeter that should be finished towards the end of 2018. Several other homes are being rehabilitated across South County.

Senior at URI, James Masse is the building coordinator for Habitat for Humanity. Coming into school, Masse was looking for an organization that represented his values, which is what led him to this particular group.

Habitat for Humanity gave Masse a chance to give back to the community in a way that he takes pride in. “When you’re out on those builds, you sometimes get to work with the people who will live in the house. It’s just something that really makes you feel good,” Masse said.

Junior Kylee Harris is the co-president of Habitat for Humanity at URI. When she needed it most, the organization has been there for her.

“Habitat for Humanity has basically been my backbone this entire three years that I’ve been at college so far. I love giving back to others and I think this is just awesome to see what you’re putting your time and effort into,” Harris said.

For Junior Zach Torres, the other co-president of Habitat for Humanity, being in the organization has changed how he approached college. “For me, it’s meant a greater good than just going to college,” said Torres. “It’s just a great opportunity to learn so much and to meet so many new people that working towards the same cause.”

The comedy night isn’t the only fundraiser Habitat for Humanity will be holding. The organization will also be holding a fundraiser where groups of one or two can purchase a pumpkin for $10 and groups of three or more can purchase a pumpkin for $20. Groups can decorate the pumpkin to be put on display in Ram’s Den dining hall located in the Memorial Union. From then, the public can vote on the best-decorated pumpkin and that group will win a gift card.

In addition, during Family Weekend, Habitat for Humanity will be selling cornhole boards built and painted by URI students as a means to raise money.