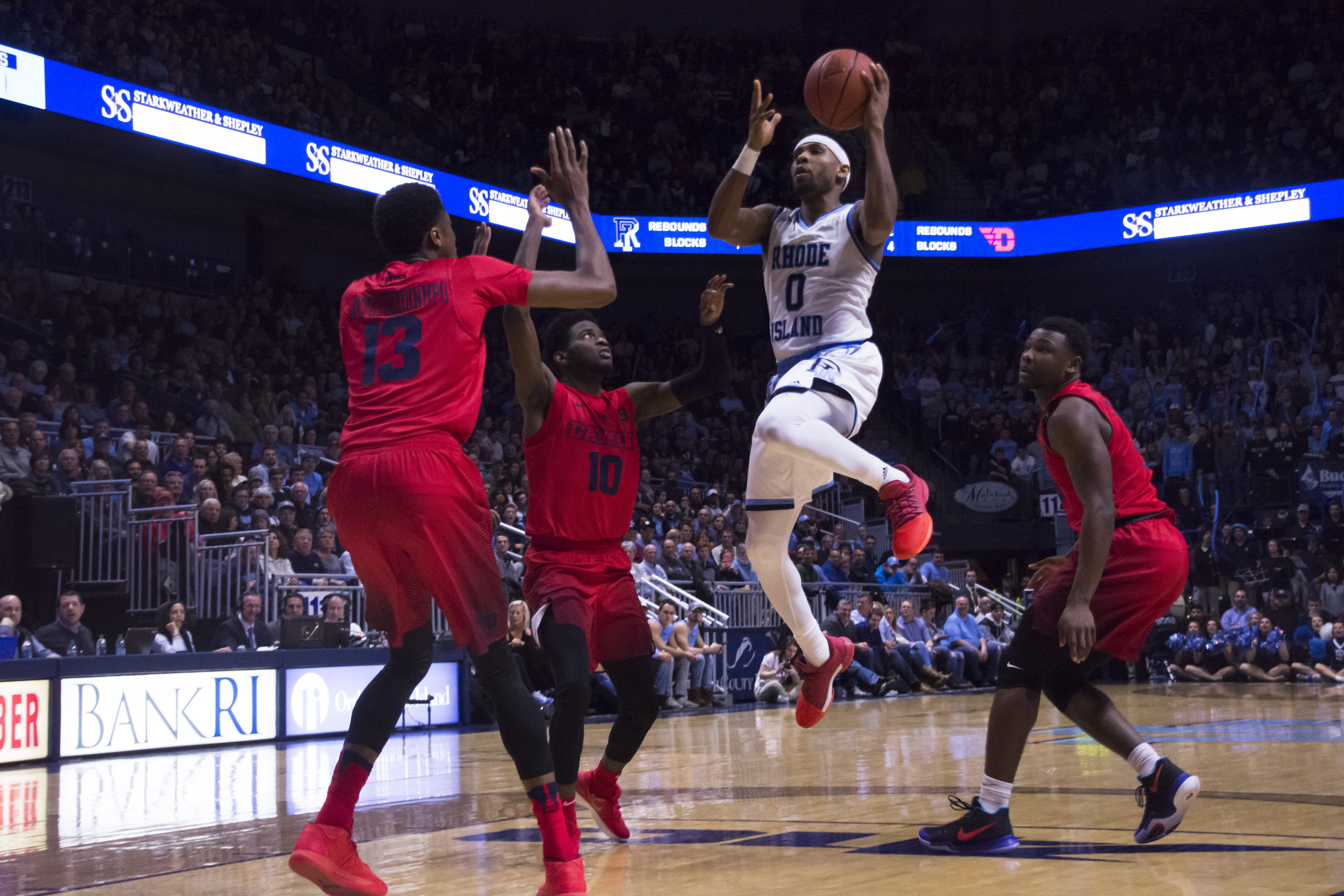 Photo by Autumn Walter | Taken at a basketball game in February 2018.

It’s a new season for David Cox and a new era for Rhode Island Rams basketball. After a long and eventful offseason, the Rams are just one week away from beginning their 2018-2019 campaign.

It was an action-packed offseason that started with an emotional loss to Duke in the Round of 32 during last year’s NCAA tournament. It was the last game for five of the most impactful players in program history that included two trips to the big dance, a 2017 Atlantic 10 Tournament Championship and the first-ever regular season crown in program history. With the likes of E.C. Matthews, Jared Terrell and Stanford Robinson leaving, the University of Rhode Island knew it would be tough to replace them. Just five days after the Rams walked off the court in Pittsburgh the program lost the man behind it all. The man who took over six years ago and brought URI basketball back to its former glory. That man was Dan Hurley. Hurley left Kingston for Storrs, Connecticut and was introduced as the 19th head coach at The University of Connecticut on March 22. From there the search was on for URI athletic director Thorr Bjorn and the rest of Rhody.

Two weeks later it was announced that David Cox, who spent the past four seasons as the associate head coach, would be the 20th head coach in program history.
Cox hit the ground running as he retained all, with the exception of one Rhody recruit. Cox has helped bring in two four-star recruits, Jermaine Harris and Dana Tate, as well as a couple of three-star recruits to give Rhody one of the best recruiting classes in the A-10.

Sophomore standout Fatts Russell returns as well. Russell put on a show against Oklahoma in the first round of the NCAA tournament last year. Also returning is redshirt junior Christian Thompson who was injured during the ‘16-’17 season and redshirted last year. All four are expected to be the leaders on this young team that was voted to finish fifth in the A-10.

Adjusting from high school to playing for the first time in college isn’t easy for anyone and these four first-timers are no exception.

“They’ve all had their flashes and all had days where I’m scratching my head and that’s just freshman basketball,” said Cox. “I think it’s a very talented group and they just have so much to learn.”

It is a new era in Kingston and not just in terms of the head coach, but the players too. The five seniors left their legacy on this program and helped turn it around. It’s now up to Dowtin, Russell, Langevine, Thompson and these four freshmen to build upon the success in recent years.