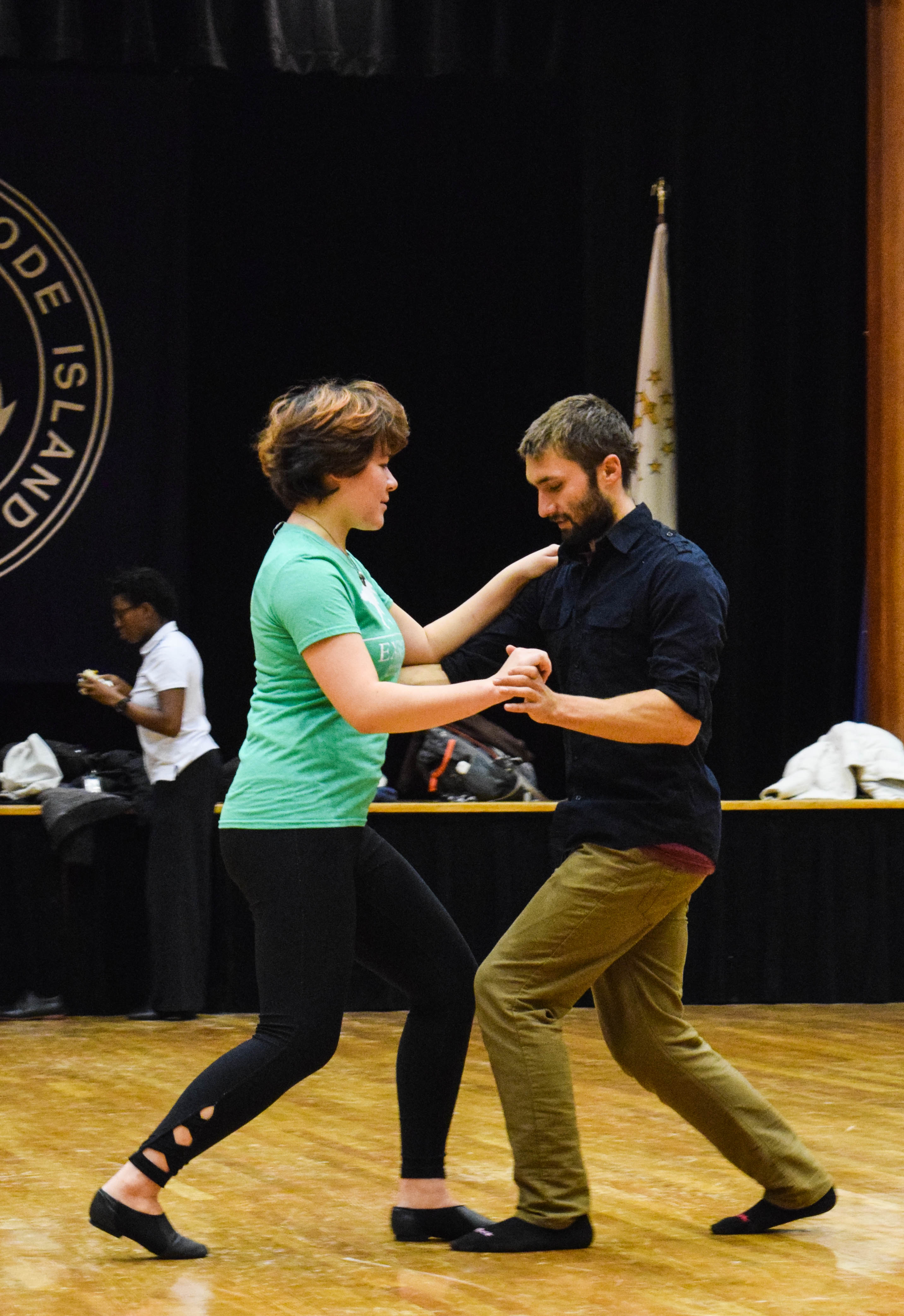 Ballroom dancing club gets cast in ‘Anastasia: Once Upon a Time’

During last year’s spring break, the University of Rhode Island’s Ballroom Dance Club was hired as dancers in the new “Anastasia: Once Upon a Time” movie.

The club was featured in the ballroom scene of the movie as extras and dancers. They performed a Viennese Waltz, a fast waltz which they had the opportunity to choreograph.

Ballroom Dance Club President Harrison Timperley said the producers of the movie reached out to the group when they were filming in Newport. He said the group jumped at the opportunity to be in the movie. The group of dancers consisted of students and alumni from URI, Rhode Island College and Brown University.

“Dancing in a movie is a lot different than dancing in a competition or just for fun,” Timperley said. “You have to make the camera angles just right and in a lot of situations, like what we did, we had to dance in a very small areas just to make it look like the ballroom was full. That was very difficult to do.”

According to Bret Jones, one of the producers of “Anastasia: Once Upon a Time,” working with local students and organizations is important to the company.

“Someone in our production team found URI and it took on a life of itself,” Jones said. “Harrison was generous enough to take the lead on [the group]. The production company likes to work with non-profits, charitable entities or educational entities. The Ballroom Dance Club is kind of a combination of all of those. So it looked like a wonderful opportunity for young people to experience. It’s something that’s unique, and hopefully, an experience that will have an influence on them in the future.”

“It was so much fun,” Chille said. “It was really a great team-building experience… None of us had ever been in a movie before and a lot of us got really close because we had to spend a lot of time together. We got there around 8 a.m. and most of us didn’t leave until 3 a.m.”

During the downtime between takes, the club had the opportunity to meet with and work with the main characters of the film. The character of Anastasia is played by Emily Carey, who also starred in “Wonder Woman.”

“It was really cool to meet some movie stars too,” Chille said.

The club also got to spend time with other extras that were part of the film.

“It was interesting, because we were in the same tent as the extras and they were close to our age, a lot of us became friends with them,” Marchetti said.

“Anastasia: Once Upon a Time” is a children and family fantasy movie based loosely of the life of Anastasia Romanov. The film will be released in 2018 and is currently in the stages of post-production.