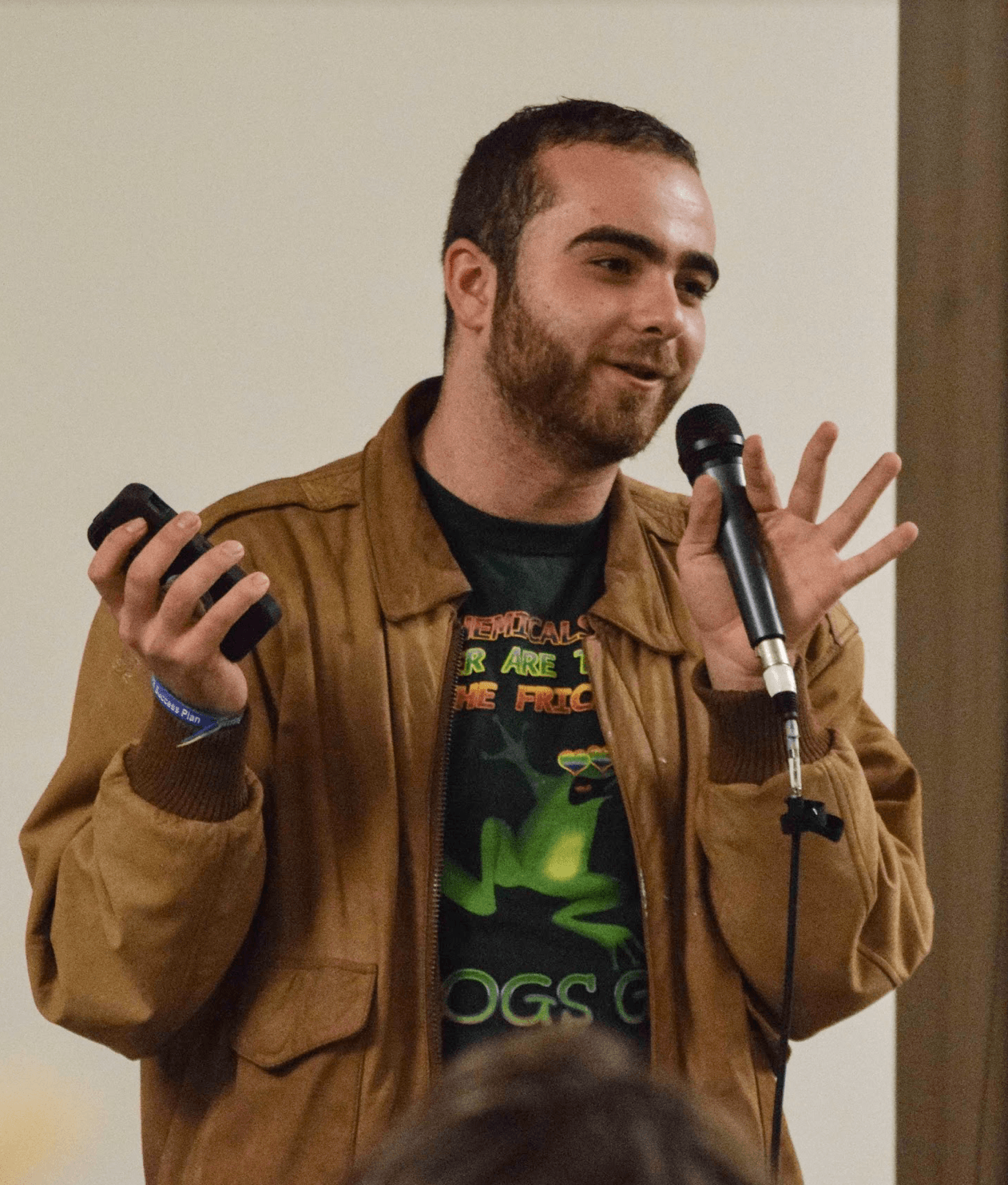 On Nov. 6, the Comedy Club hosted a Stand-Up Open Mic Night at Hillel where students were able to perform their own stand-up comedy acts.

The show was hosted by Ron Melamed, a freshman at the University of Rhode Island, who started the Comedy Club on campus and who is also a member of Hillel.

The Stand-Up Open Mic Night had a terrific turnout with over 60 students in attendance. “The whole night I was nervous about the amount of people who were going to show up,” Ron Melamed said. “I’m a marketing major, so it was kind of test for me to see how well I could do. Since every chair was filled I think I passed my test.”

Along with Melamed, there were 10 other students who took the stage to perform their comedy routines. Many of the students are freshmen and said that it was their first time ever getting in front of an audience and performing their acts.

All of the jokes were very topical of the date and place it was held, revolving around voting, politics, anti-semitism and being part of the Jewish community. Many of the other topics were also relevant to the overall URI student body such as bad dating and hookup stories, vaping culture and Halloween being the best and worst holiday. Additional topics included talking to elderly women in Stop and Shop while buying carrots, having poop anxiety in public restrooms and debates with siblings about who should have kids to make your parents happy grandparents.

“Everybody did great and we had a lot of laughs,” Hunter Ward, a member of the comedy club who also performed said. “There were a lot of people who weren’t even in the club who came and they did great!”

Although initially nervous about getting up and telling his jokes to the audience, after the show Ward said that the crowd was welcoming and he felt comfortable in the setting.

“It was a lot of fun to attend and I thought everyone who performed their comedy routines did a really good job,” Emily Waldman, a sophomore student who was in attendance said.