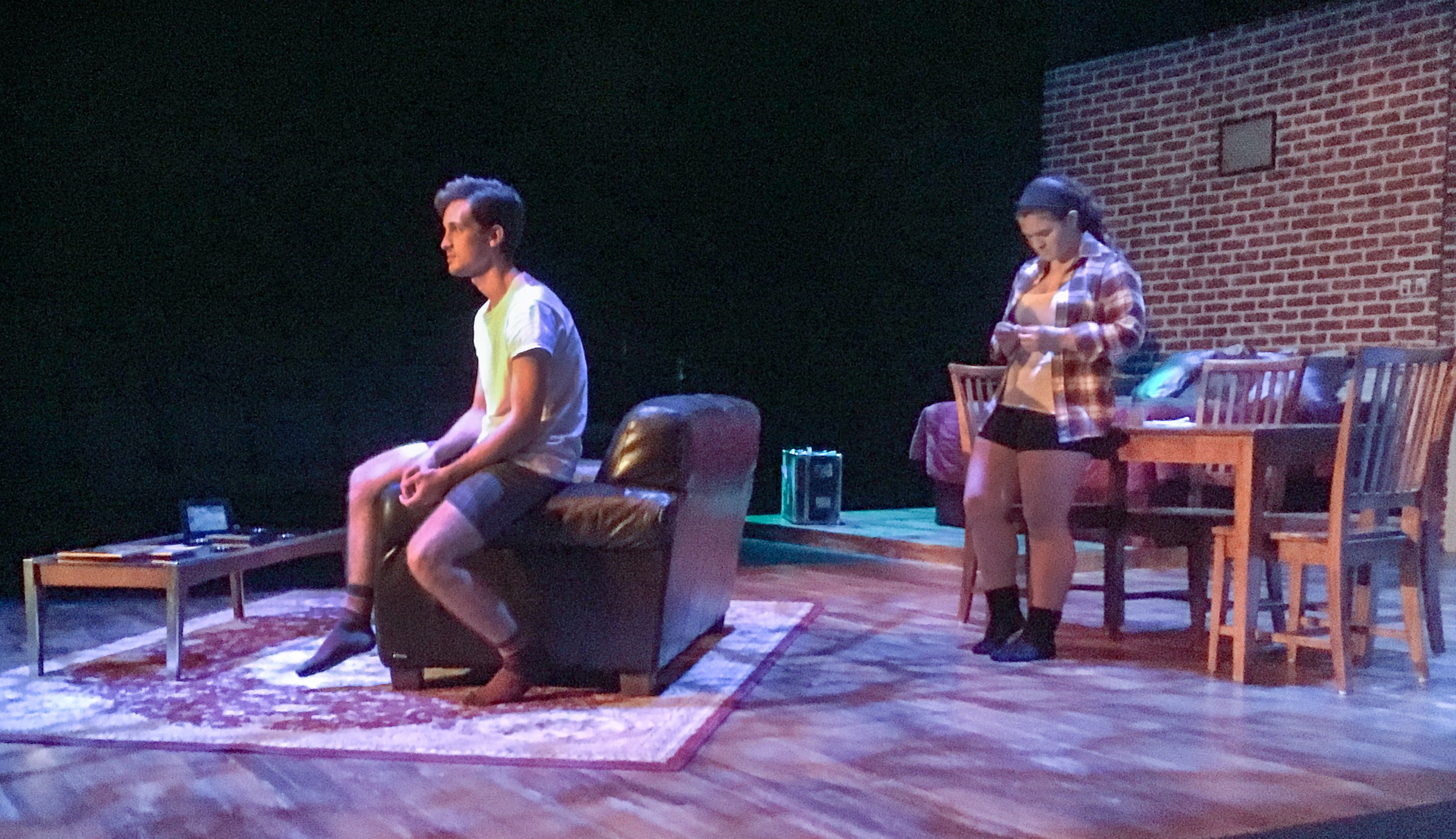 Audiences enjoyed free admission to the student-run production of “Time Stands Still” from Nov. 2 to Nov. 4 in the J Studio of the Fine Arts Center.

The play tells the story of couple, Sarah and James, a photojournalist and reporter in their mid-30s trying to figure out how to go on with their lives after Sarah is injured in Iraq while on assignment. The other two characters are Richard, Sarah’s photo editor in his mid-50s, who has just begun dating a woman named Mandy who is an event planner and is in her mid-20s.

Audiences found themselves laughing hysterically and then watching intense scenes silently. The actors managed to balance the serious and comedic moments with ease to depict the way life must go on even in times of turmoil.

The entirety of the play takes place in the couple’s loft in Williamsburg, Brooklyn and jumps from February to June to October 2011, beginning with Sarah’s arrival home for the first time since her accident, with a burn covering half of her face, her arm in a sling and her leg in a brace.

As the scenes changed and time passed, brilliant lighting transitions mixed with music allowed audiences a breather from the intensity as well as more of an insight into the moods of the characters at the moment.

It is a rollercoaster of a show that left attendees on the edge of their seats, anticipating how the four characters’ stories would end.

The play and the performances by the individual actors raised moral questions about the ethics of journalism, particularly in a war zone. Is it truly moral to stand by and capture a tragedy without directly helping those suffering in hoping that a story or a picture will have a larger impact? Is it just a job or do humans have an obligation to each other that goes beyond this job? Do ordinary people, in reading these stories, seeing these pictures and watching it all take place on the news, have an obligation to do something as well? What can they do?

While there may never be a correct answer to these important questions, “Time Stands Still” certainly makes the viewer think about their position on such controversial topics.

Senior Valerie Ferris took on the role of Sarah, displaying powerful emotions as well as brilliant and snarky humor within minutes. The emotional complexity of the role certainly seems daunting, but Ferris handled it with a skillful ease.

Matthew Oxley, a sophomore, took advantage of his knack for physical comedy to keep audiences laughing, but showed no problem using this same physicality to show the rage and anxiety that James was feeling throughout the play.
In his first show at the University of Rhode Island, freshman Aidan Costa played the oldest character, Richard, showing great sophistication and proving himself to be someone to watch out for in future productions.

Last but not least, senior Kara Langelier had the task of playing perhaps the show’s most dimensional character in Mandy, who develops from a naive, young love interest in Act One to a mother with a strong moral compass who is not afraid to voice her opinions by the end of the play.

The cast may have been small, but along with the crew, made up entirely of URI students, the final product managed to keep audiences entertained while expressing the message of the importance of helping others in need.