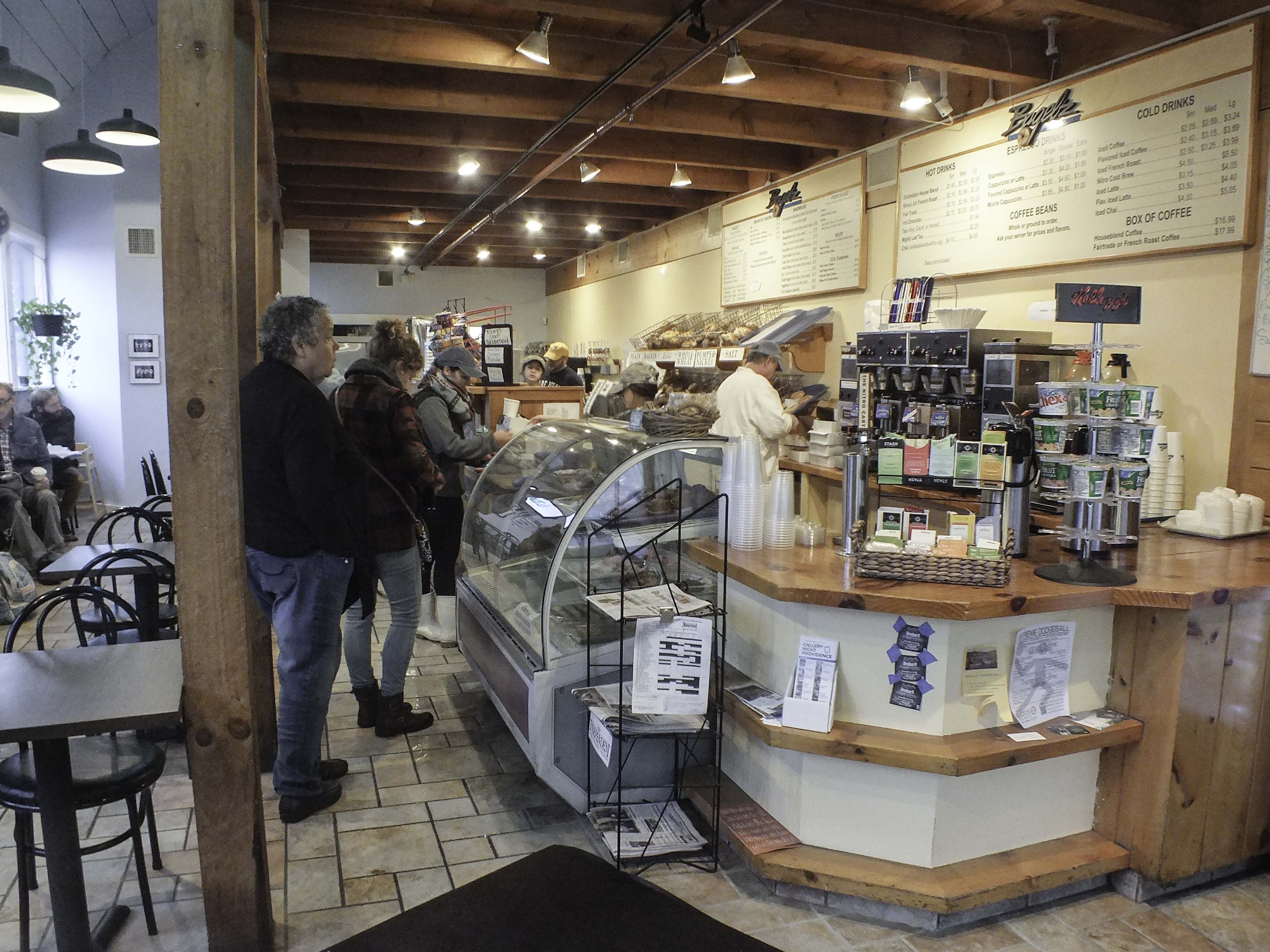 Photo by Sarah Vinci | Despite high demand on campus, Bagelz is choosing to close down and focus on their Wakefield location.

Bagelz, the bakery located in the Kingston Emporium, will close by the end of this year so the business can focus on its Wakefield location.

Scott Lieberman, Bagelz’s owner, said that the Emporium’s aesthetic contributed to his decision to leave. “There’s a lot of reasons [for closing],” Lieberman said. “One is that I am tired of the way the emporium looks, and how run down it is. The landlords do not care at all about the way it looks.”

The Emporium’s towing policy was another reason for leaving. Lieberman said that while he understands the need for towing, he found the Emporium’s manner of towing heavy-handed, and taking away customers.

Lieberman also cited staffing as a reason for closure. “It’s harder to find, train and retain good staff,” Lieberman said. “It gets more and more challenging every year.”

The decision to close occurred in late October, but the bakery does not have a set closure date yet, according to Lieberman. He expects the shop to close around the end of the semester.

Lieberman said that there are currently no plans to expand beyond the Wakefield bakery, but he is not opposed to the idea. He also said that he would be open to bringing Bagelz back to the University if the Emporium were to be improved.

Gunnar Johnson, an employee at Bagelz, said that the bakery has been a popular place for coffee and baked goods on campus for years.

“This place is charming and a lot of people will miss it,” Johnson said. “We had a lot of regulars. It’s a successful shop. Everyone’s pretty bummed.”

Several community members were also disappointed by the closure. “I’m really bummed about it,” customer and URI student Maddie Hart said in response to the closure. “I love the berry bagels, the rosemary bagels, everything about it.”

Hannah Grahan, an exchange student, said that she was disappointed to learn about the bakery’s closing after visiting for the first time. “I was really impressed with the customer service and I’m really sad I won’t be able to come back,” Grahan said.

Brett Marley, president of property management company that owns the Emporium, Marley Properties, said that it is currently unknown what will occupy the space that hosted Bagelz. He said that several businesses have shown interest, including two different shops that would continue a coffee shop environment. Marley also said that a third potential restaurant may open where Bagelz is, but did not specify what sort of food they would serve.