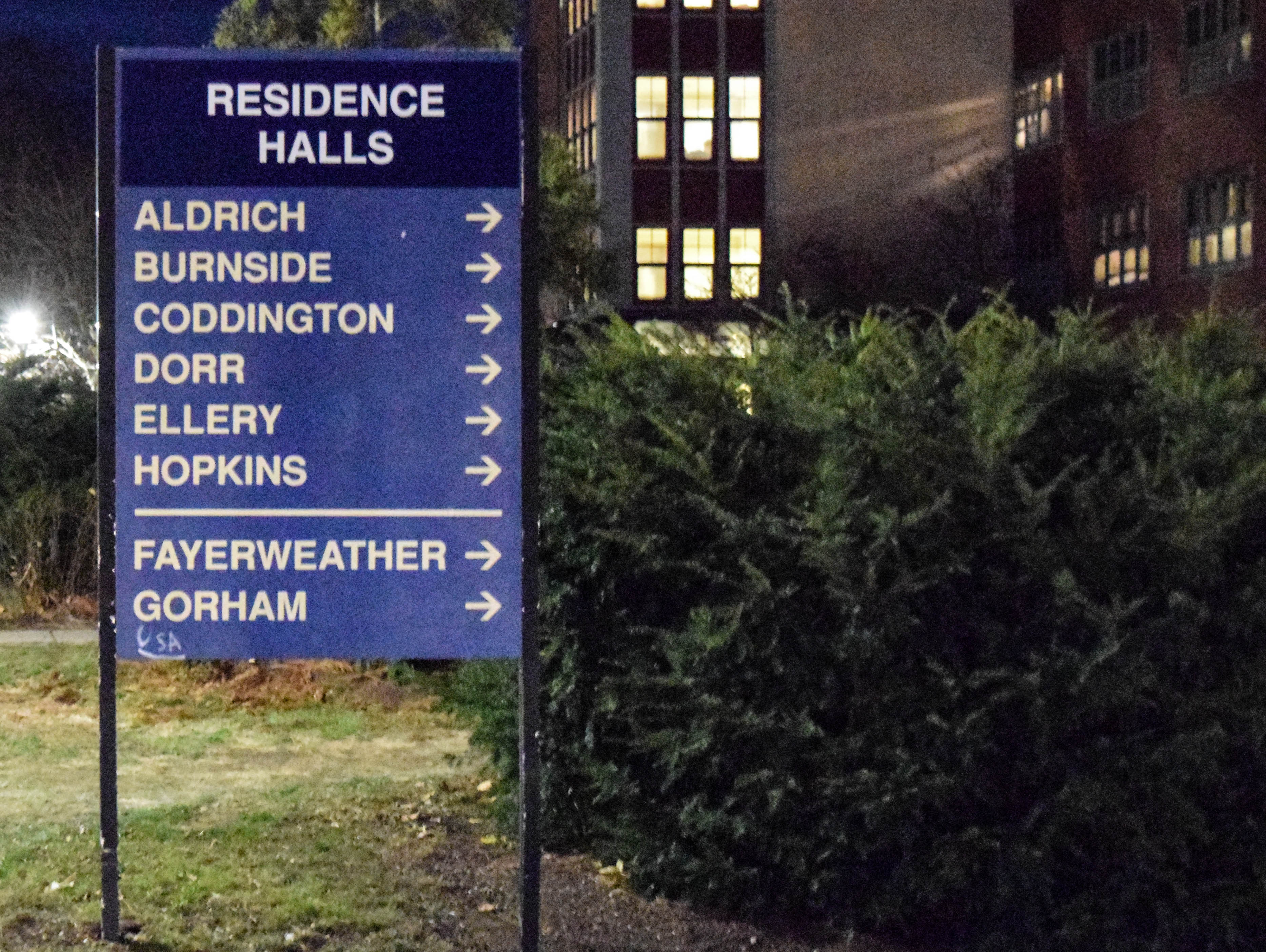 Photo by Anna Meassick | The Roger Williams Complex, home to the sophomore slums, is in the process of getting safety renovations.

By Andrew Main and Ian Weiner

Over the course of the last decade, the University of Rhode Island has invested $28 million into improving the fire safety of all residence halls located on campus and are now in the final stages of this project.

In 2003, the Station Nightclub fire in West Warwick killed 100 people and injured another 200, which led the state to revise it’s fire codes and making them some of the strictest in the nation.

The University began major renovations in 2000. However, the fire code was changed in response to the Station Nightclub fire in 2007, towards the end of those renovations. The University had anticipated possible changes, which allowed for more effective further upgrades to the residence halls. The Kingston campus is the only URI campus that has residence halls.

Paul DePace, director of Capital Projects, said that auxiliary enterprises at the University contributed $10.5 million for fire safety improvements across all five URI campuses. However, two-thirds of this funding was used towards residence halls. The rest of the money allocated for fire safety was provided by the state.

Auxiliary enterprises are operations that do not receive funding from the state or tuition. At URI, these include housing and residential life, dining services, health services, the Memorial Union, and the Campus Store.

“We had incorporated into our standard treatment of all of those buildings, we had approached those with a full revitalization of the building, but more importantly, sprinkler systems, upgraded alarm systems and we addressed the egress issues,” J. Vernon Wyman, assistant vice president of business services said.

Depace explained that the University must satisfy the state Fire Marshal and state building commissioner to show their compliance with the fire code set in place. DePace noted that every residence hall meets fire code.

“We look for no shortcuts or ways around them,” DePace said. “We take our responsibility seriously about putting the right installations in.”

There are certain aspects to residence halls on-campus that are “grandfathered” in regarding the ways they were initially constructed. For the University to bypass and receive an exception for these, they need to prove that the work required is not reasonable.

“There is a vehicle of variance under those situations, but you have to defend those,” Wyman said. “You have to have really done everything you can within reason to achieve that, so that is the case. We did get those variances showing that we were operating those systems effectively until those life safety improvements were completed. We worked cooperatively with the fire marshall on advancing that work, and that is why we are the way that we are.”

Exceptions to bringing older buildings up to current fire code specifications would include work such as widening hallways. The fire code may require hallways to be wider than hallways in buildings built decades ago, but since there is no practical way to widen the hallway in a pre-existing building, an exception is made. This exception is why some older buildings may not be required to meet every specification of the current fire code.

Wyman also explained that in some situations the University needed an extension past the deadline because of the nature of the work and the size of the University. They worked with the state Fire Marshall to show they were making progress on fire code upgrades and received additional time as needed.

The University is in the final stages of their fire safety overhaul. According to DePace, this upcoming summer, four buildings in the Roger Williams Complex will be receiving new roofs, and electrical changes will be made in all seven buildings. In addition, Fayerweather and Gorham will receive a new mechanical building.

“Hopefully within a week, we will have a purchase order with [the contractor],” DePace said. “We’re not taking any sleeping rooms offline, but we’re building rooms within spaces to house the new gear so that we can install the new gear and wire it up before we cut out the old gear. It’s going to be a very intense project this summer. They’re going to be able to do that and not impact occupancy in the fall semester.”

In addition to these changes, generators will be installed in the Roger Williams Complex so all of the residence halls can continue to operate during power outages. Importantly, this will allow the sprinkler systems, fire alarms, and other fire safety measures to stay online in a power outage. These are referred to as life safety systems.

“We re-purposed some of the funding to allow the next set of requirements for shelter in place in the Roger Williams Complex,” DePace said. “That meant installing backup power systems so in the event of an off-campus emergency or a power emergency we could continue to allow our students to shelter in place living in that complex.”

Samuel Adams, director of Emergency Management, explained that these generators are necessary so that in the event of a long duration power outage evacuations are not needed.

The installation of generators will allow students to remain in the residence halls in the event of a long-term power outage. In residence halls without backup generators, life safety systems can run out of power within 12 to 18 hours, which would require evaluations.

“Usually about 12 hours give or take is the time that we’re going to start making decisions,” Adams said. “We also try not to evacuate in the middle of the night, so we know we’re not going to make it through the night, then when it starts getting dark then we start making some moves.”

Furthermore, several residence halls not located in the Roger Williams Complex will also receive emergency backup generators. There is currently a design being made to install a generator in Tucker Hall and Merrow Hall. Peck Hall and Hutchinson Hall are also set to receive a generator. These four residence halls are often referred to as the Engineering Quad.

Heathman Hall will also receive a generator upgrade in order to allow for shelter in place.

“The work that we are doing now that related to being able to keep these systems operative under extreme conditions is beyond what the code would have called for,” Adams said. “In the spirit of making these as safe a facility as we possibly can have, including being able to support the occupancy even when we have a long period responding to a power outage.”

In the event a residence hall loses power and it does not have a backup generator, several factors could lead to evacuations. The temperature inside the building and risks such as flooding could warrant an evacuation. Adams said if power will not be restored before nightfall residents would also likely be evacuated. The emergency backup generators will help to prevent the need for evacuations.

The fire improvements made over the past decade have been funded through borrowed funds, general obligation bonds, revenue bonds, RIBEC bonds, state grants, and federal grants.