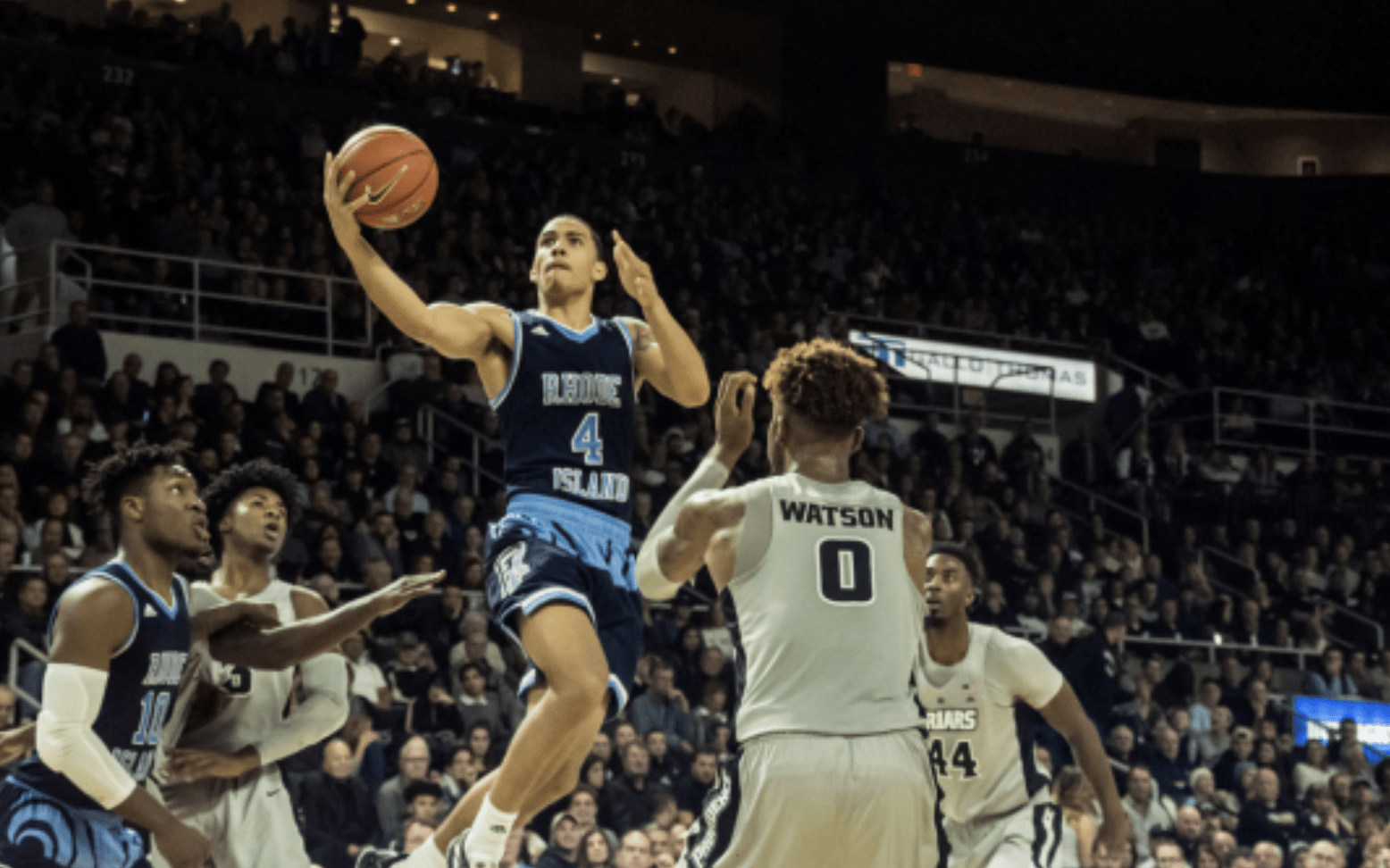 Photo by Autumn Walter | Tyrese Martin drives-in for a layup.

“It’s a tough situation to walk into if you’re a first-year coach. You’re inheriting a team with the expectation and I’m just hoping all the fans in Kingston are patient with development.”

Providence College coach Ed Cooley couldn’t have said it better. After six games into the David Cox era, the Rams currently sit 3-3. The last loss came this past Saturday to in-state rival Providence by a score of 59-50.

Much of the struggle for these young Rams is coming on the offensive side of the floor with URI shooting 38 percent from the floor and 20 percent from behind the arc. It’s a tough thing to watch especially after seeing URI last year light up the scoreboard on some nights.

“We’re just going to need a couple guys to step up on the offensive end if we are going to win some of these hard-fought games,” said Cox after the game.

In the second half of the game, URI struggled to get anything going on offense as they shot 6-30 from the field and 1-11 from three. Fortunately, PC didn’t have much luck either as they a missed 19 percent in the second half.

“We didn’t make a lot of shots, they didn’t either, but we made enough winning plays to secure the win,” said Cooley.

On the other side of the floor, the Rams were able to shut down the Friars and played one of their best defensive games of the year. Providence turned the ball over a total of 14 times and only shot 36 percent from the floor. After putting up 39 points in the first half, Providence was only able to add 20 more points in the second.

A bright spot offensively for URI has been junior Cyril Langevine, who has been dominant down low. Langevine posted his fifth double-double of the season as he scored a game-high 18 points and grabbed 12 rebounds.

The struggle continued for sophomore Fatts Russell as he only had six points on the afternoon. Russell was able to score 20 points against the Friars a year ago in Kingston but couldn’t find this groove this year as he shot 2-13 from the field.
The Philly native has struggled to score this year, especially when it comes to three-point shooting. Russell is currently shooting 16 percent from beyond the arc this year.

“We’ve got to get better execution-wise pace on offense shot selection and all those things,” said Cox at Tuesday’s practice. “We tried to address those over the last couple of days without losing a step on our defense which has been rock solid.”

Cox also stated that his players have been hitting the gym trying to work on shooting and overall offense. Cox and company will travel up to the DCU Center in Worcester, Massachusetts on Saturday to take on Holy Cross. Tip-off is set for 1:05 p.m.