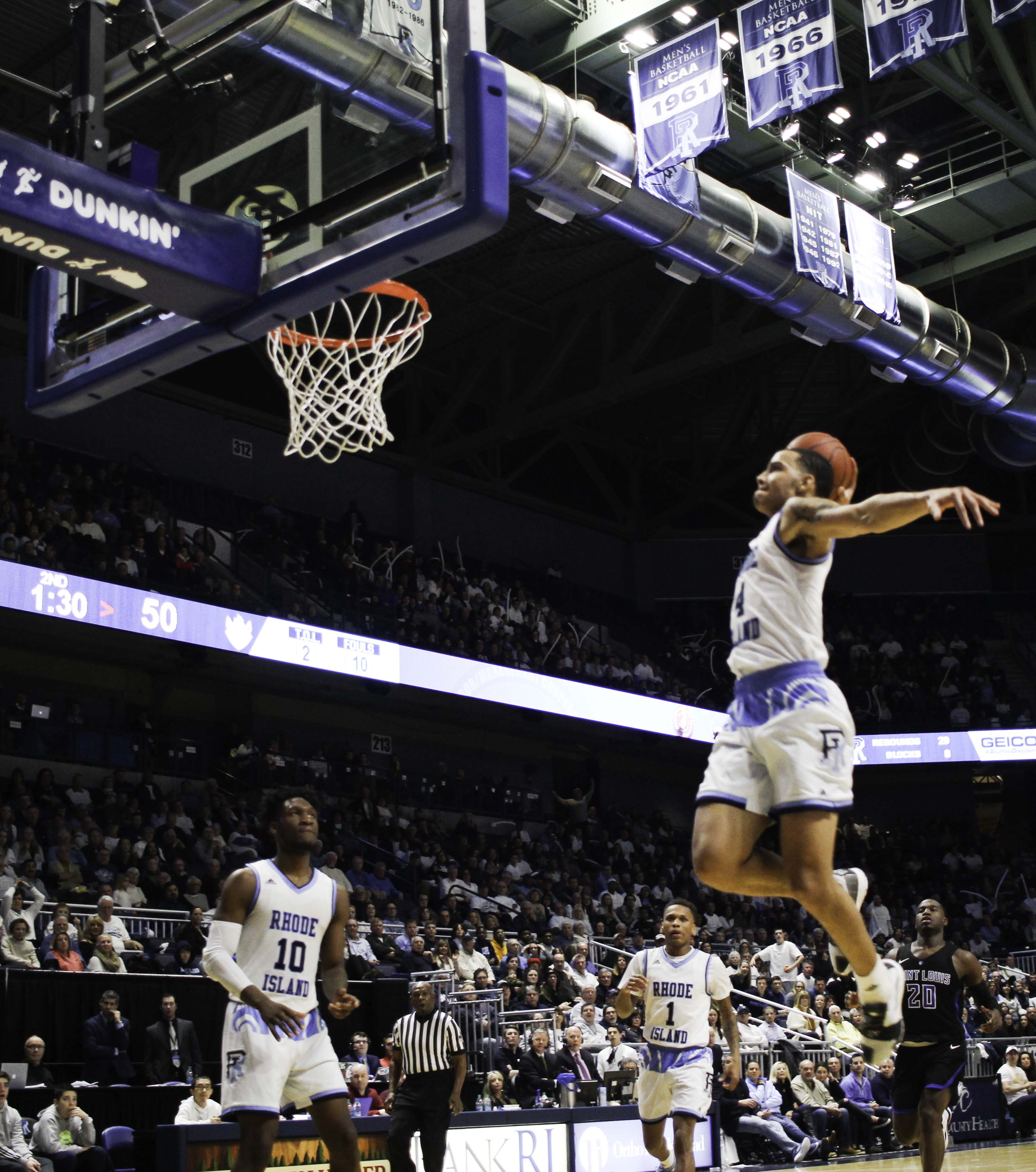 This year’s Rhode Island men’s basketball team was always going to be an unknown. Losing five seniors and a majority of your scoring production will hurt any program not among the blue of college basketball. However, I am personally sick and tired of hearing about what was lost after last season’s Round of 32 .

With two-thirds of the 2018-2019 season in the rearview mirror, there have been times where this team has looked shaky, with bad losses against Stony Brook at home and getting blown out by George Mason on the Ryan Center floor. There have also been times where talent and swagger ooze off of the roster, with wins against power five opponent West Virginia and perennial Atlantic 10 contender Virginia Commonwealth University jumping off the page. This team at its core can best be defined as “consistently inconsistent.”

With a roster that contains only two seniors, Ryan Preston and walk-on Will Leviton, neither of whom are major on-court contributors, this team was always going to struggle with maintaining an identity and remaining consistent in the face of adversity. The central themes of this season can, in my opinion, be boiled down to three words: patience, frustration, development.

While this year’s team certainly has the talent to make a run in and win the A-10 tournament to gain an automatic bid, it does not currently own a full body of work strong enough for consideration of an at-large bid in this year’s NCAA tournament. It’s vital to remain patient, as a fan, as media or as school administration, with this years team. They’ve already proven they can hang with the top of the conference this year, and it’s not hard to imagine Rhody playing for an NCAA tournament appearance again next year. First-year Head Coach David Cox was able to pull in one of the schools classes ever, with one four star and three three-star recruits joining the program prior to this season. There has been plenty of for to blossom this year. Jermaine Harris has started every game, Tyrese Martin has now started seven games on the year, getting the nod to start in the last six in a row. Dana Tate has played big minutes in the rotation as a frontcourt depth piece off the bench and even shooting threat Omar Silverio can provide a scoring jolt off the bench when called upon by Cox.

However, it has and will continue to be easy to get frustrated with this team. After a dominating first half on the road against Duquesne on Jan. 30, the Rams let up 53 points, got by 22 points in the half and ended up losing by three. Prior to that the Rams were also the unfortunate beneficiaries of UMass Amherst’s first conference win as well. A scapegoat who’s been on the receiving end of a lot of the frustration thus far is sophomore guard Fatts Russell.

Coming into the season many believed Russell would morph from spark plug off the bench into one of the conferences elite scoring machines. While Russell has been woefully inefficient shooting the ball, (especially from beyond the three-point line), he has provided valuable minutes as ball handler to Jeff and has done well defensively, playing the role of rabid mongoose for Coach Cox whenever called upon. An underrated part of Russell’s game is his ability to facilitate, which can be seen in flashy replays with no look passes to big man Cyril Langevine out of pick and rolls.

The development of this years Rams team has happened right before our very eyes. Cyril Langevine has morphed from rebounding and defensive specialist to imposing complete big man, positioned for a conference first team nod. Jeff Dowtin has gone from being primarily used as a facilitator for others into the number one scoring option of a team, and a very adept one at that, as he’s averaging just over 16 points a game and shooting just under 49 percent from the floor.

The biggest development we have seen thus far has been from Freshman Swingman Tyrese Martin. Since being added into the lineup as a full-time starter, the Rams have won four of six and Martin has provided a much-needed perimeter scoring threat. Martin has eclipsed double figures in scoring in five of those six games, and overall is averaging 13.6 points per game in that stretch. If you dive even deeper, you see that Martin’s shooting 29-49 (59.1 percent from the field overall, 10-20 (50 percent) from three, and 14-16 (87.5 percent) from the free throw line. Martin has provided a jolt of electricity into the starting lineup with his athleticism and and has blossomed into one of the most talented in the A-10.

Be patient Rhode Island, the Rams are in a great position to continue to run the Atlantic 10 going forward.