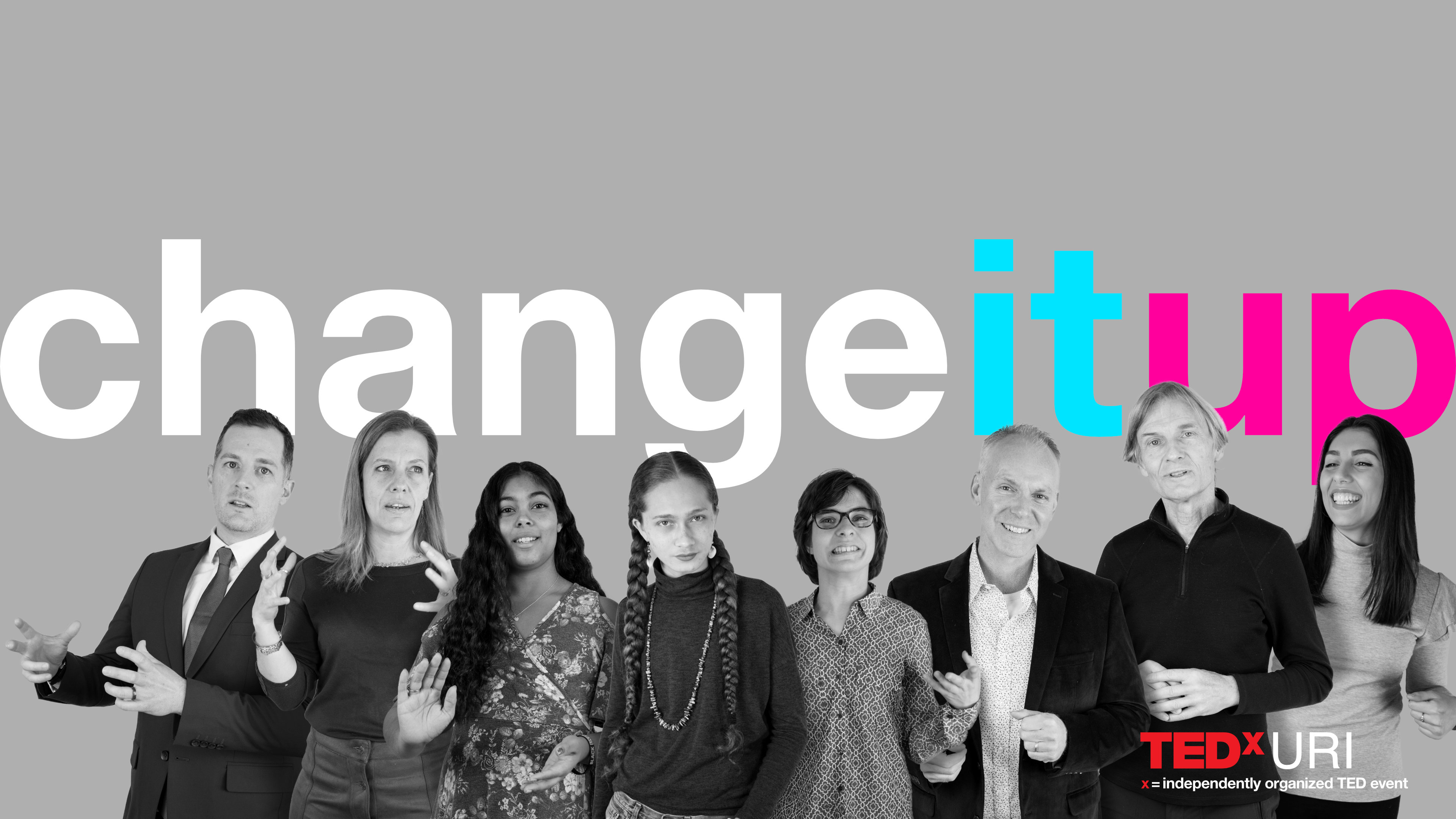 After a successful first run last year, TEDx is being brought back to the University of Rhode Island with new talks focused on the theme “Change It Up.”

The theme is open to an individual’s own interpretation and asks presenters to prepare talks with topics of their choice regarding any kind of change. Out of the 100 people who auditioned, only eight were selected to give talks at the upcoming event.

All eight speakers will be speaking about different topics that pertain to change. These topics range from climate change to social media and police brutality.

Last year there were 16 speakers. According to Maling Ebrahimpour, a TEDx organizer and dean of the college of business, the decision to cut down on the number of speakers was made because many attendees said last year’s event was a bit long, although enjoyable.

Even with fewer speakers than last year Ebrahimpour is looking forward to, once again, assisting with bringing many new ideas to the URI community. “Most people talk about fresh ideas, new ideas or ideas that they think will help them to be better or will help other to be better,” Ebrahimpour said. “Sometimes they talk about ideas you’ve never thought about.”

URI student Rachel Ferreira will be one of the speakers bringing new ideas to the table. Her talk is about disability and diversity. Ferreira plans to dispel the negative stereotypes that have been formed around disabilities.

“People with disabilities can do anything they set their minds to,” Ferreira said. “They just do it a little differently.”

Ferreira has been working alongside her coach Vince Petronio, a communication studies professor, to prepare for her talk later this month. Through working together, they’ve developed a tight bond where they often feed off each other’s humor.

Petronio is a coach alongside Paula McGlasson, theater department professor, and Karl Aspelund, textiles, fashion merchandising and design professor. All three were also coaches last year and have enjoyed working with each other and Ebrahimpour.

Aria Mia Loberti and Erik Schlicht, two students who presented last year, have also been assisting the coaches after having such a positive experience giving talks last year.

Petronio appreciates TED Talks as a good way to tell stories and believes that anyone can give one no matter who they are or what their status is.

“It’s a performance,” Petronio said. “It’s a presentation. You’re telling a story. There’s so many stories to be told and how we learn is through stories.”

Last year TEDx was the first year this kind of event was hosted on campus. It sold out in under a few hours, which influenced the decision to work towards opening it up to more people this year.

“We had a great turnout last year,” Petronio said. “It’s nice that we’re going to be able to have more people in the room this year.”

TEDxURI will be on Feb. 23 at 1 p.m. in the Beaupre Center for Chemical and Forensic Sciences on URI’s Kingston campus. Tickets are still available on the official TEDxURI website.

“This is one way to show the elite people we have,” Ebrahimpour said. “Of course it’s open to the community so that you see you’re surrounded by a lot of people that have ideas.”