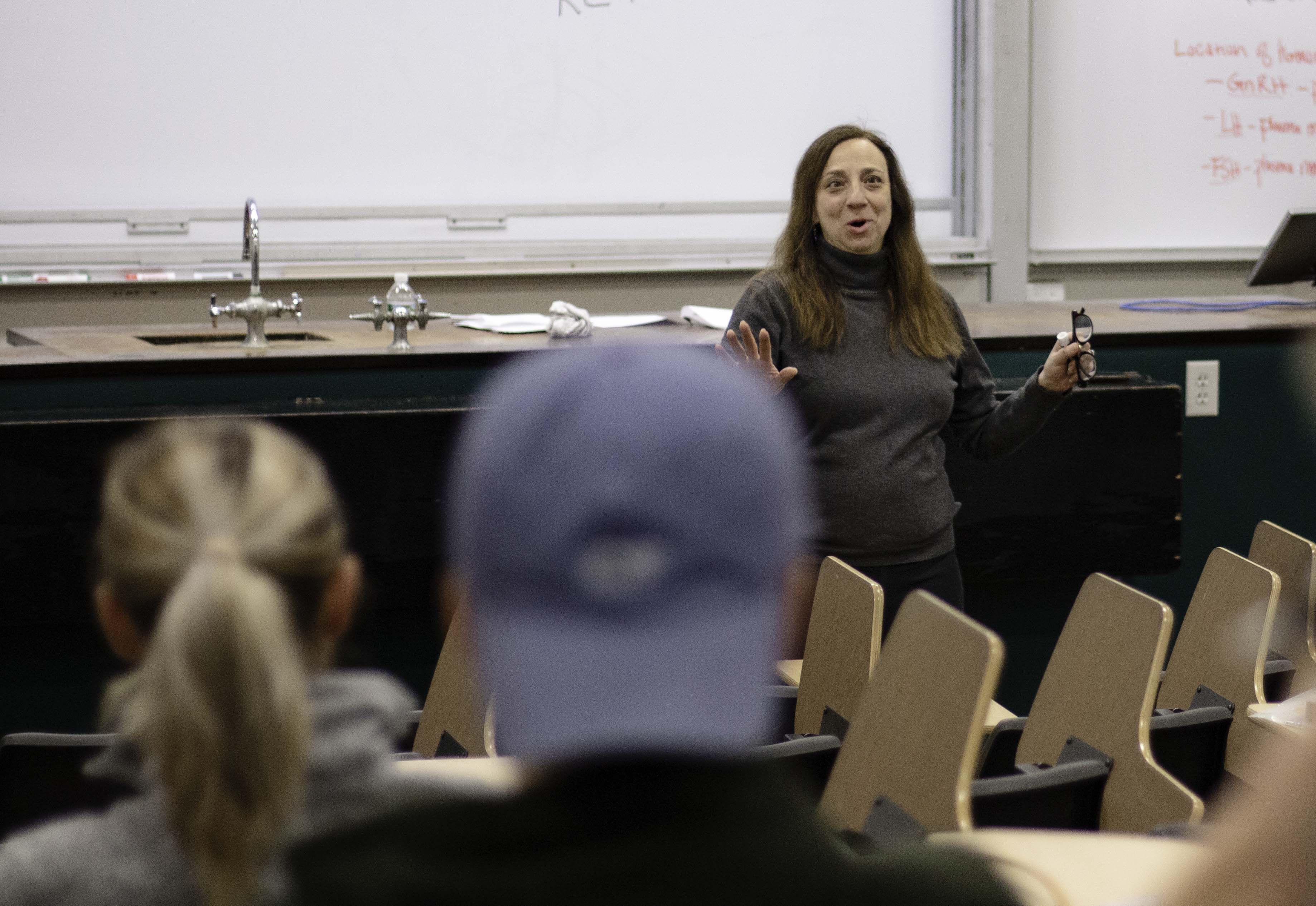 Sack gave a lesson about the Fourth Amendment during the class. Students attending were given a sheet with details about a particular Supreme Court case, and she asked discussion questions about it. The case was questioning whether or not a cell phone company tracking someone’s location is a violation of the Fourth Amendment, which prohibits illegal searches and seizures.

Professor Christopher Parker, URI’s pre-law advisor, said that he hosts the event every year to help students understand what law school is like.

“There are lots of students who are thinking about law school but don’t really have a good idea of what law school is like, or what studying the law is like,” Parker said. “It is different from studying other topics.”

Kaitlyn Picard, a senior English major, said that the event helped her see how her degree could be put to use in law, especially in analyzing scenarios like the one presented by Sack. Picard, who has considered law school but hasn’t really seen it before as an option for English majors, said that “Attending a mock class and seeing how it made me feel and what the topics had to offer were very important in deciding.”

Another student, Matt Carroccia, said that he thinks the class was a great event.

“It’s great that Professor Parker brings Roger Williams here to give us an opportunity to decide if this is something we do want to do,” Carroccia said. “It’s a small sample of what you’re actually [going to be] dealing with. I think it’s nice to see.”

This is the third year that Parker has hosted the event. Sack said that she enjoys coming every year because not only does she enjoy teaching and meeting students who are interested in law school, but because she said she’s always found URI students to be really engaging.

“Every year I’ve done this, they’ve been really interested and talkative, so I really enjoy it,” Sack said. “I think I hopefully give them a taste of what law school is like.”

While she has yet to run into any URI alumni who went to these events in her law classes, she said that a lot of the students who went to the event this year have come several years in a row. The URI students that she does have, however, are great students.

“I have several right now that are from URI that I’m really impressed with,” she said,“They’ve been really well prepared.”

Sack said that she is thrilled to have more URI alumni in her classes.