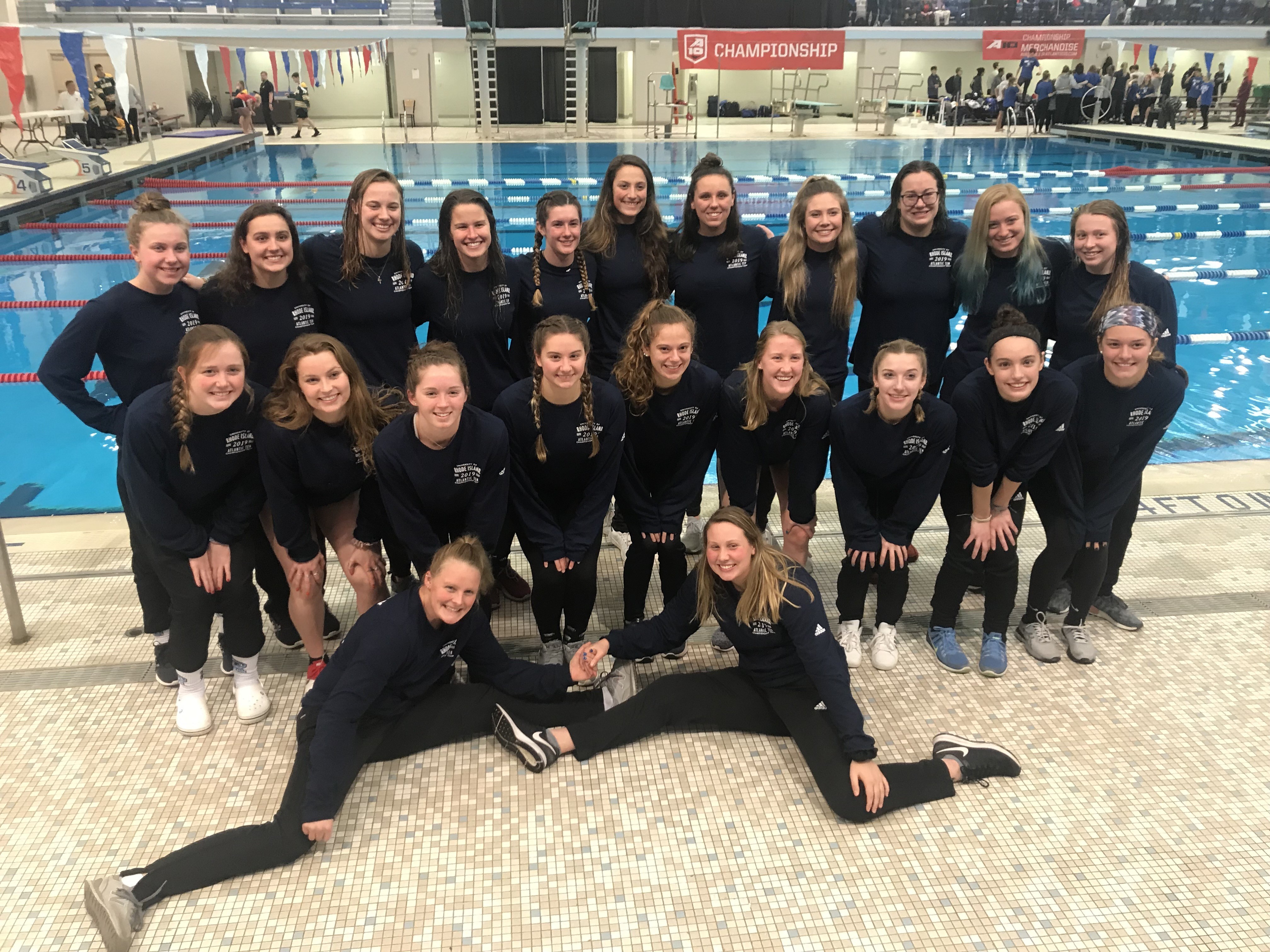 They say the postseason defines what teams are really made of. Sometimes that doesn’t actually hold serve though, and the University of Rhode Island Swimming and Diving Team are a prime example of that myth being debunked.

The Rams finished a historic 9-2 regular season with an 11th placed finish in what Coach Mick Westcott said was a “very tough and competitive” Atlantic 10 Championships in Geneva, Ohio this past weekend. The team scored 91.5 points over the four day tournament. Duquesne University won the championships with a total of 580.5 points across a multitude of events.

“The spirit of this team and the success they had during the regular season was not lost over the course of the weekend,” said Westcott.

There were a variety of circumstances that made the event challenging for the team. Westkott said the team was down two top swimmers. Two disqualifications resulted in loss of points as well, but that was not for poor performances from the team.

“That hurt in terms of points and maybe in terms of confidence that we had,” said Westcott. “But the reason those came was because of the aggressiveness and the competitiveness the kids showed all weekend. That was a very positive sign.”

Even though the scoreboard may not have favored the Rams, swimmers on the team set a multitude of seasonal and personal bests. According to Westkott, every swim the team had, except three, were seasonal bests. Notably, Junior Mackenna Dunn set a season best time in the 200 meter Freestyle with a time of 1:53:71.

Senior Nicole Petta capped off her storied career with two silver medals. She set a school record in the 100 meter breastroke, finishing with a time of 1:01:41. Her other silver medal came in her last race of her career: the 200 meter breastroke. Seeded fourth heading into the finals, her time of 2:15:69 was good enough to place second in the event behind Duquesne’s Abby Stauffer.

All in all, Rhody had nine swimmers set their personal best times, and every relay recorded faster times than in the regular season.

Junior Diver Katy Evans was also able to contribute to the cause. She earned the Rams two points by placing 15th in the three meter dive and six points for her efforts in the one meter dive.

When reflecting on the season as a whole, Coach Westcott was quick to give praise to his group of four seniors.

“We had great leadership from our senior class,” said Westcott. “Every one of those seniors led in a different way and a different style. The way they led as a group was a real inspiration.”

“I learned to step back a little bit, and that was hard, and let them be more interactive with out student athletes,” said Westcott. “I think that’ll make us stronger going forward.”