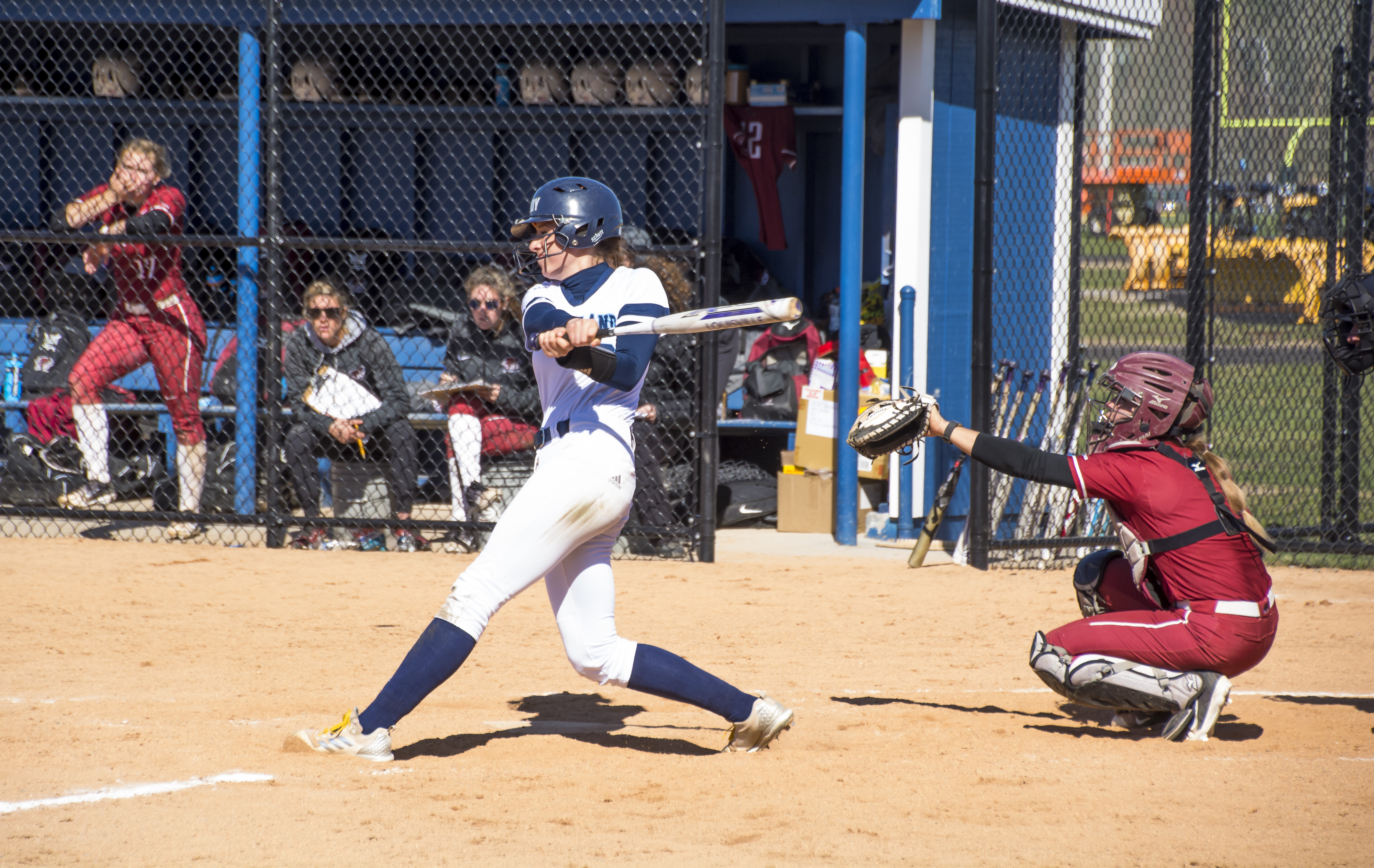 Women’s Softball had a tough week as they dropped five games in a row last weekend. Photo by Autumn Walter.

The University of Rhode Island women’s softball team participated in the Cardinal Classic in Beaumont, Texas this past weekend where they saw their record drop to 2-8 on the season after losing five straight games.

The Rams opened play on Friday, Feb. 22, with a game against the University of Texas at San Antonio. Senior Becca Rogers started for the Rams and had an early lead to work with as freshman Sami Villarreal scored on a sacrifice fly by junior Erica Robles in the bottom the first. The Roadrunners answered in the top of the second with a run to tie the score at one.

In the bottom half of the second inning the Rams broke the tie to take a 3-1 lead. Freshman catcher Susan Harrison scored on a single by redshirt freshman Leah Krivitsky. Villarreal fouled-out to right field and junior Erika Yeager scored. The scoring stopped there for the Rams and a leadoff home run in the top of the third cut their lead to 3-2.

Junior Riley Kernan entered to pitch for the Rams as the Roadrunners took a 4-3 lead in the top of the fifth. The Rams gathered just one hit through the final three frames. The Roadrunners broke the game open with a six run seventh inning and won 10-3.

The Rams then took on the host school, Lamar University later that day. Junior Sarah Gunderson pitched for the Rams and the Cardinals jumped out to a 2-0 lead after three innings. They held the Rams scoreless for five and a half innings until freshman Ari Castillo hit a solo home run to cut the lead to one.

The Rams failed to score anymore as they dropped their second game of the day 2-1. Coach Bridget Hurlman did have some praise for her team despite the loss.

“The game against Lamar was was a good, clean game by both sides,” Hurlman said. “Lamar was a little more opportunistic than we were. We out hit them and we had an outstanding pitching performance from Sarah Gunderson, but we just didn’t get that one key hit. We know that will come, but you have to give Lamar credit for getting out of the jams throughout the game.”

On Saturday the Rams played two more games. Their first was against the Roadrunners with Gunderson starting for the Rams lasting only two and two-thirds innings while giving up four runs, three of them earned on five hits. Senior Julia Waraksy entered to pitch in the third inning after falling behind 4-0. Waraksy finished the game for the Rams surrendering two hits in three and one third scoreless innings.

The Roadrunners pitcher, sophomore Madison Nelson, silenced the Rams bats. Nelson didn’t surrender a run as she threw a complete game 4-0 shutout that dropped the Rams to 2-6. Hurlman spoke highly of Waraksy for her performance.

“Julia Waraksy pitched a strong game in relief to keep us in the game against UTSA,” Hurlman said.

The Rams faced the Cardinals for their second game that day as Rogers pitched for the Rams in this contest, her second start of the weekend. The game was scoreless through the first two and half innings until Castillo singled to drive in Krivitsky to give the Rams a 1-0 lead. They held the lead until the bottom of the sixth when two infield errors led to four unearned runs for the Cardinals. The Cardinals held on to the lead and defeated the Rams 4-1. Despite the loss Hurlman spoke highly of Rogers performance noting that she gave the team another great start and it was encouraging to see strong pitching.

The Rams final game of the weekend was on Sunday against the University of Maine. The Black Bears quickly took a 6-0 lead after two innings and knocked the Rams starter, Riley Kernan, out of the game after one and a third innings. She gave up five runs, four earned on just three hits and was replaced by Waraksy. The Rams added one run in the bottom half of the sixth to cut the deficit to five. The Black Bears continued to score as they added three more runs in the in the top of the third and two more in the fourth. The Rams scored one more run but lost 11-2 in five innings. Five of the Black Bears runs were unearned as they came off of four errors by the Rams.

Despite losing all five games Hurlman praised the freshman on the team and the way they performed. She spoke highly of Villarreal and noted that she is doing great in the leadoff spot and has a .529 on-base percentage. She also praised Castillo for her 10-game hitting streak and Faith Musselwhite for leading the team in RBI’s with six. Also, she said Harrison has done a great job catching. The Rams have two weeks off before returning to action March 8-10 as part of the Charleston Invitational.