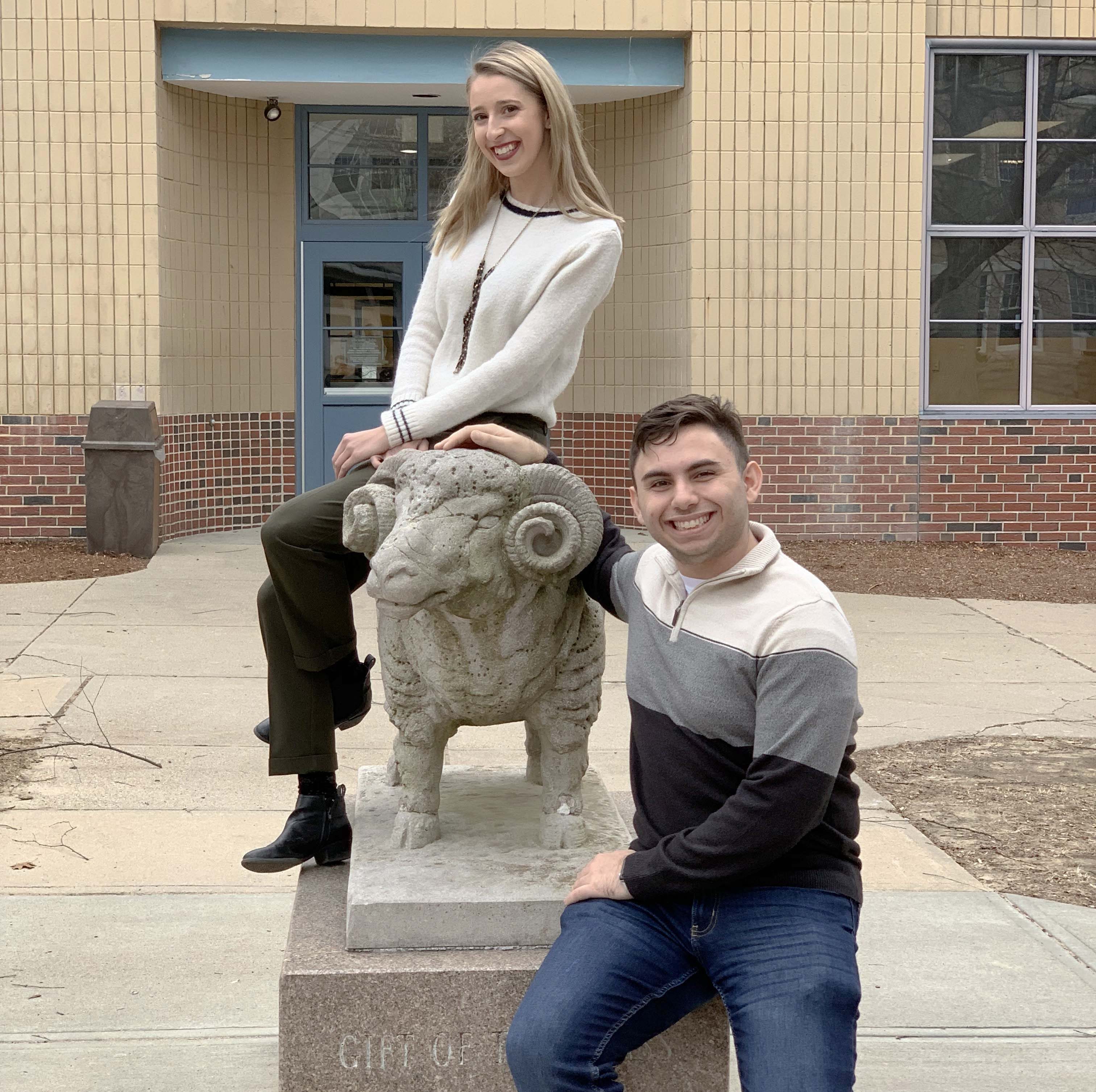 “The main thing that we want to do is redefine and reconnect our student body,” Morabito said. “We want to redefine the Senate’s position in terms of why we’re actually there and turn it more into a resource for the students to access, and to allow an open line of communication between us and them. We believe that we’re not a body that should be above, but a body that’s used as a resource.”

Both St. Amand and Morabito are currently members of the executive board of the Student Senate. St. Amand is the director of communications and Morabito serves as the academic chair.

“We have a lot of experience working with the faculty, staff members and students together,” St. Amand said. “What sets us apart is our drive and vision of being a close-knit group of people and making everyone feel at home on campus. Because we were on Senate last year, and have faced adversities this year, we how close we were before and want to bring it back to that.”

Both the candidates are also part of various other student organizations. They believe that this experience allows them to have connections among students with different goals and backgrounds.

“I’m the treasurer for the THRIVE club and Nicolette is on the executive board for Rhodython,” Morabito said. “Both of us have a connections in various areas and we definitely want to incorporate getting more student feedback and student involvement in the Student Senate.”

Based on their experience as members of the Student Senate, they believe in a strong sense of community within the entire campus and want everyone to feel at home.

“One thing that we’ve seen is that, within your own organization on campus, you feel at home,” St. Amand said. “However, in general, there’s a lacking of a sense of belonging. If we’re elected we want to hold events for different organizations to come together, find their common cause and connect. That way people don’t define themselves just based on the clubs they are involved in.”

St. Amand and Morabito collectively feel that the improvements that can be made to the Student Senate and the problems that need to be solved among the students go beyond just the elections.

“Even if we don’t win, we still want people to feel like they can come to us if they have any problems because we’re going to find a way,” St. Amand said.

Both the candidates are currently meeting with different organizations on campus and talking to the students about the problems that they’re seeing within the Senate and the University.

“Not only are we running for president and vice president but we’re also already on the executive board of the Student Senate right now, “ Morabito said. “So any problems these students are facing, we can start working on how to fix them right now, instead of waiting and making a promise that we may or may not keep, according to the people.”

Some of their goals also include addressing problems like how to make college more affordable, improving parking issues on campus for commuters, promoting safety among various communities and advocating for more mental health resources on campus.

St. Amand and Morabito are running opposite Nick Marotta and Amanda Marino.