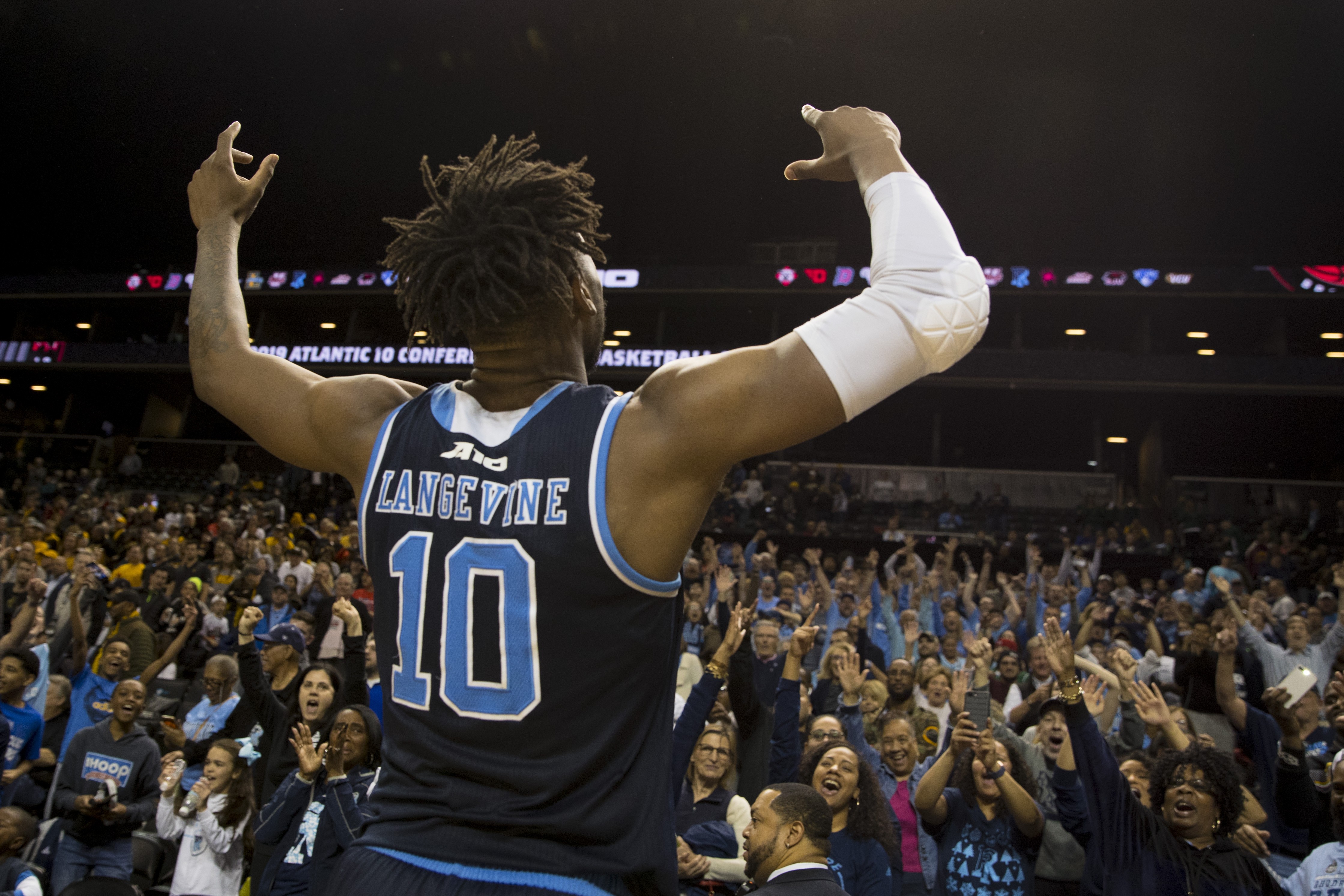 Rhode Island basketball is advancing. The University of Rhode Island men’s basketball team is moving on to the Atlantic 10 semifinals after taking down number one seeded Virginia Commonwealth University Friday afternoon by a final score of 75-70.

It has been 371 days since URI and VCU last met in the A-10 tournament. Except, then it was the one seed URI taking on the eight seed in VCU. Different seeds, same result, Rhody took that one as well by a score of 76-67.

Friday’s opening matchup featured the hottest teams in the A-10. VCU came in fresh off an A-10 Regular Season Championship and riding a 12-game win streak, and URI was riding a five-game win streak of their own. A classic matchup between the upper echelon of the Atlantic 10 nestled in Brooklyn.

The first half belonged to the Rams of VCU. Playing their classic brand of basketball, VCU was showing why they were crowned regular season champs. Building a lead as high as eight points in the first half, Rhode Island stuck around.

“That was just an outstanding effort today,” said David Cox. “We took some big shots from that team, particularly in the first half, and then the way they started off the second half on a nice little run, but we closed the gap.”

The Rhode Island Rams came out of the locker room on a mission. After a couple minutes of back and forth scoring URI erased a six-point deficit and turned it into a one-point lead. The main reason for that was freshman Dana Tate and Tyrese Martin. The two combined for 25 points, 11 rebounds and five assists.

“Coach and the guys giving us confidence,” said Tate, “letting us go out there and play our game, just telling us the right things to do on the court, don’t do too much, stay within yourself, and just play confidently.”

As for the older players on the team, it was junior Captain Jeff Dowtin leading the way for the rams. The junior led with 22 points, three rebounds and committed zero turnovers. His terrific day also included a circus shot three as the shot clock expired with 2:13 remaining in the game. As to how he hit it, the answer was quite simple.

Rhode Island came into the tournament as the eight seed and had 30-1 odds to win the whole thing. They held a 9-9 record in conference play and fell three spots short of the projected finish of fifth. This led to a pretty sizeable chip on the shoulders of the Rams and caused Dowtin to become visibly emotional after the game.

“Nobody really counted on us,” said Dowtin. “Everybody counted us out, but we stuck together as a family.”

It was a VCU-heavy crowd in the Barclays Center. But Keaney Blue showed in full force as well and was a very welcome sight to coach Cox.

“You know, we laid some eggs in the Ryan Center and those people have continued to come back and continued to support and now they make a two-and-a-half,three-hour trek down here,” said Cox. “So I wanted them to know that I appreciated them.”

Up next for the Rams will be the St. Bonaventure Bonnies. The Bonnies and Rams have faced off only once this year. That meeting came back in early January when the Rams won by a final score of 75-63 in the Ryan Center. Fatts and Martin finished with 18 points each. Tip-off is set for 1 p.m. on CBS Sports Network.

“It’s a big game,” said Cox. “It’s March, and you know, again, thank you to all the Rhody fans. Hope to see you guys tomorrow.”