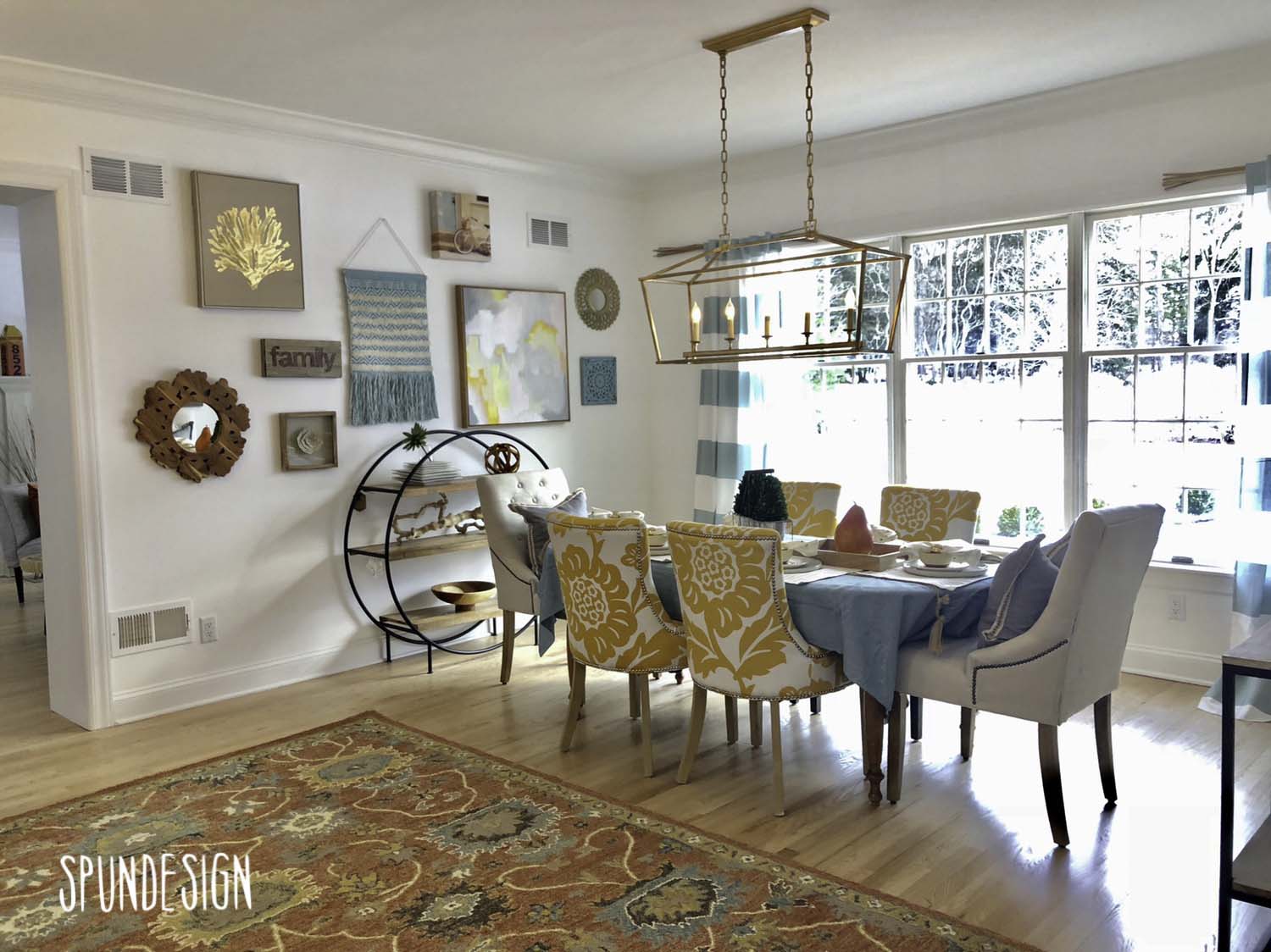 Amy Bloom Coleman is a University of Rhode Island alum from the class of 1992, who has since turned her skills as an art major and travel experiences into a highly successful home design company in Lehigh Valley, Pennsylvania.

Bloom Coleman grew up in Connecticut and attended as an art major with a focus in photography. After graduating, Bloom Coleman decided to travel the country for sixth months by herself.

“When I went to a place and stayed with somebody… I would give them a gift of art and then I would try to completely rearrange their room,” she said. “I didn’t know that I had that talent.”

Bloom Coleman then further utilized that talent after moving to downtown Seattle, where she started rearranging apartments for people in her building. “I knew that I had some sort of love for redoing rooms,” she said.

Although Bloom Coleman knew she had that love, she worked as a Los Angeles clothing designer before putting her talents in design to professional use years later.

“A family member was in real estate and realized that his houses weren’t selling,” Bloom Coleman said. “So I went in, redid one or two of them and they sold within a day at full price, and I said, ‘I know my calling now.’”

In 2008, Bloom Coleman started her own company, SpunDesign.

SpunDesign is now a highly successful business operating from the Poconos of the Lehigh Valley, Pennsylvania to some parts of New Jersey and Philadelphia.

In recent years, Bloom Coleman’s company has won numerous accolades including the Best of Houzz award, a community people’s choice award, for both Design and Customer Service and the Lehigh Valley Builders Association Professional Excellence Award for interior decorative design and for home staging.

“I do a lot.” Bloom Coleman said. “I mainly stage homes to prep for sale. An empty home won’t sell as quickly as a home that is staged because when a home is not staged, people tend to look at all the imperfections in the house…  when a home is perfectly coiffed, people look at the furnishing, the windows, and the appliances and the freshly painted wall and they say ‘I want this house’ and it ends up selling real fast because their eyes are eye level when it staged.”

“That’s something that I really paid attention to as I traveled across the country is the immediate exterior of homes and businesses,” Bloom Coleman said, “What attracted me? I feel like I have the eyes of a buyer.”

She followed up saying, “You know I call it the universal light. I want the home, from the interior and exterior, to be liked by everybody that walked through a door, through a business, or through a home; and a lot of that stuff I learned at URI or traveling the country myself.”

Bloom Coleman believes her art experience is useful with how she’s learned about things like perspective, but she is a completely self-taught when it comes to interior design.

“It’s not just the art itself that’s placed on the wall,” she stated. “It’s important if you place it in the wrong spot, if it doesn’t have the right exposure, if… it’s placed in the sun.”

Bloom Coleman is grateful for her success. She now has four people that work for her, owns two warehouses of furniture for staging homes and a pop-up art gallery in downtown Bethlehem, Pennsylvania that will soon be moving to a garage in downtown Allentown, Pennsylvania.

Bloom Coleman said she is not looking to further expand her business.

“I am extremely happy at the way it is right now,” she said. “I am happy because I’m able to do charitable work able to support myself my children, and the charitable work. That’s all I care about.”

Some of the charity work Bloom Coleman does includes hosting events at her art gallery. A recent one involved raising money for the Pediatric Cancer Foundation of the Lehigh Valley.

When asked what she credits her success to, Bloom Coleman responded, “I hate to say it, but honestly myself.”

She opened up about her inspiration and the reason for her drive and determination, her mother.

Bloom Coleman described how her mother was one of very few women to be a chemistry engineer scientist in the sixties. Her mother invented a kind of coating for light bulbs that helped them shatter into pieces instead of glass dust. This was patented by General Electric.

“When she died at 27 years old, she was such a success,”  Bloom Coleman said. “I wanted to take a path and do the same thing… I wanted to be just as successful.”