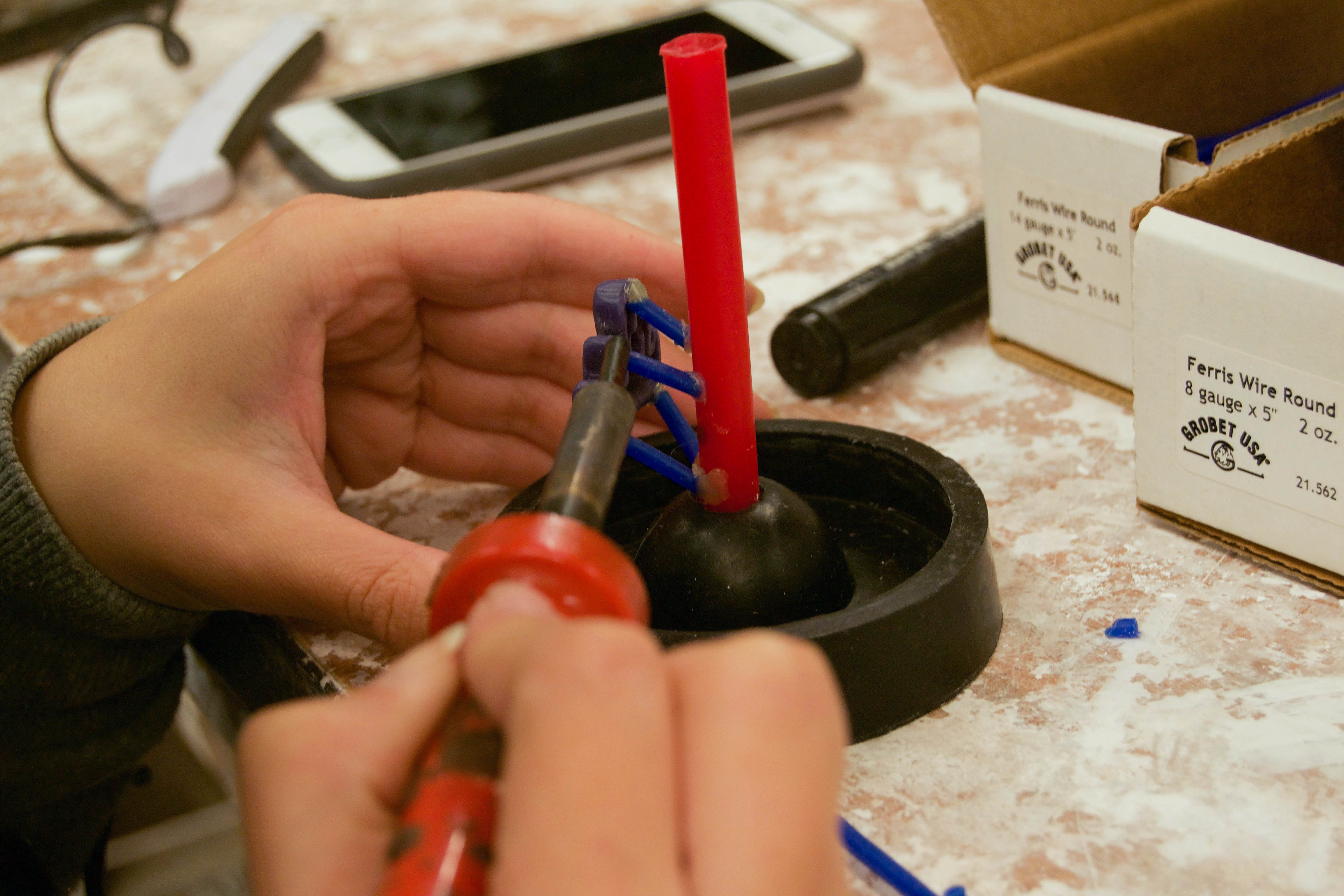 Senior Christina Cammuso will be displaying a collection of jewelry pieces entitled “Shards” at the Senior Seminar Art show this May, centered around the aesthetic of broken glass.

Cammuso is an art major at the University of Rhode Island with a concentration in sculpting, and finds broken glass aesthetically pleasing, but says there is more to her jewelry than just being fashionable.

“I like going for almost inanimate objects that can have a deeper, subliminal meaning that you can interpret in a lot of ways,” Cammuso said.

Beyond being a sculptor, she says she also likes to sometimes wrote poetry and wanted to focus on the ideas of broken pieces.

“As a senior, I know that a lot of us feel like we’re really stressed out and like we keep breaking,” Cammuso said. She then used the texture and aesthetic of broken glass to convey the meaning that she put into her jewelry. In fact, it’s become a method of coping, as Cammuso has learned that art is for many artists.

“I think part of it, especially this specific piece collection that I’m working on, is kind of masking my stress as a senior because it’s obviously a lot of work and kind of like the breaking point,” Cammuso said. “This collection is helping me push through the rest of the semester.”

The idea came to her over this year’s J-term and she went right to work at the beginning of this semester for “Shards.” However, before last summer, Cammuso’s focus was hardly on jewelry.

She had an internship this past summer at Giulia Barela Jewelry in Rome where she became inspired by Giulia Barela and her work to create jewelry pieces of her own. While she was working more on the marketing side, Cammuso was still able to see Barela’s process.

Barela crafted and handmade all of her own jewelry and said that casting with silver and gold was the same process that Cammuso had been doing on a larger scale with bronze. The only difference between them was that Barela was crafting jewelry and Cammuso was crafting larger sculptures.

She began to realize that what they were doing wasn’t so different and as Cammuso recalls, Barela told her that pieces of jewelry are just “mini sculptures that you can wear.”

“I definitely think that that changed my whole opinion on what I wanted to do,” Cammuso said. She had taken many classes at the University in sculpting and enjoyed them and sculpting itself but wasn’t sure how to make it into a career. “Going to Rome, I really learned that there’s a lot of things I could do.”

When she returned to URI last semester, she began working on jewelry as part of an independent study. “[Barela] was probably my major inspiration [for “Shards],” Cammuso said.

Barela was not the only person who has inspired and helped her along the way.

“I definitely think that the professors are the heart of this program,” Camuso said of the University’s art department.

She points out Art Professor Ben Anderson specifically, who she has been working with on “Shards” and who has pushed her to do the project this semester.

“I probably wouldn’t have gotten this far if it weren’t for him,” she said. “He’s always been super encouraging.”

With all the work that’s put into this series, Cammuso said all she hopes for is that when people look at her necklaces, rings and bracelets come May 11 at the Hera Gallery in South Kingstown, that they see more than just silver and that they question what it is they are seeing.