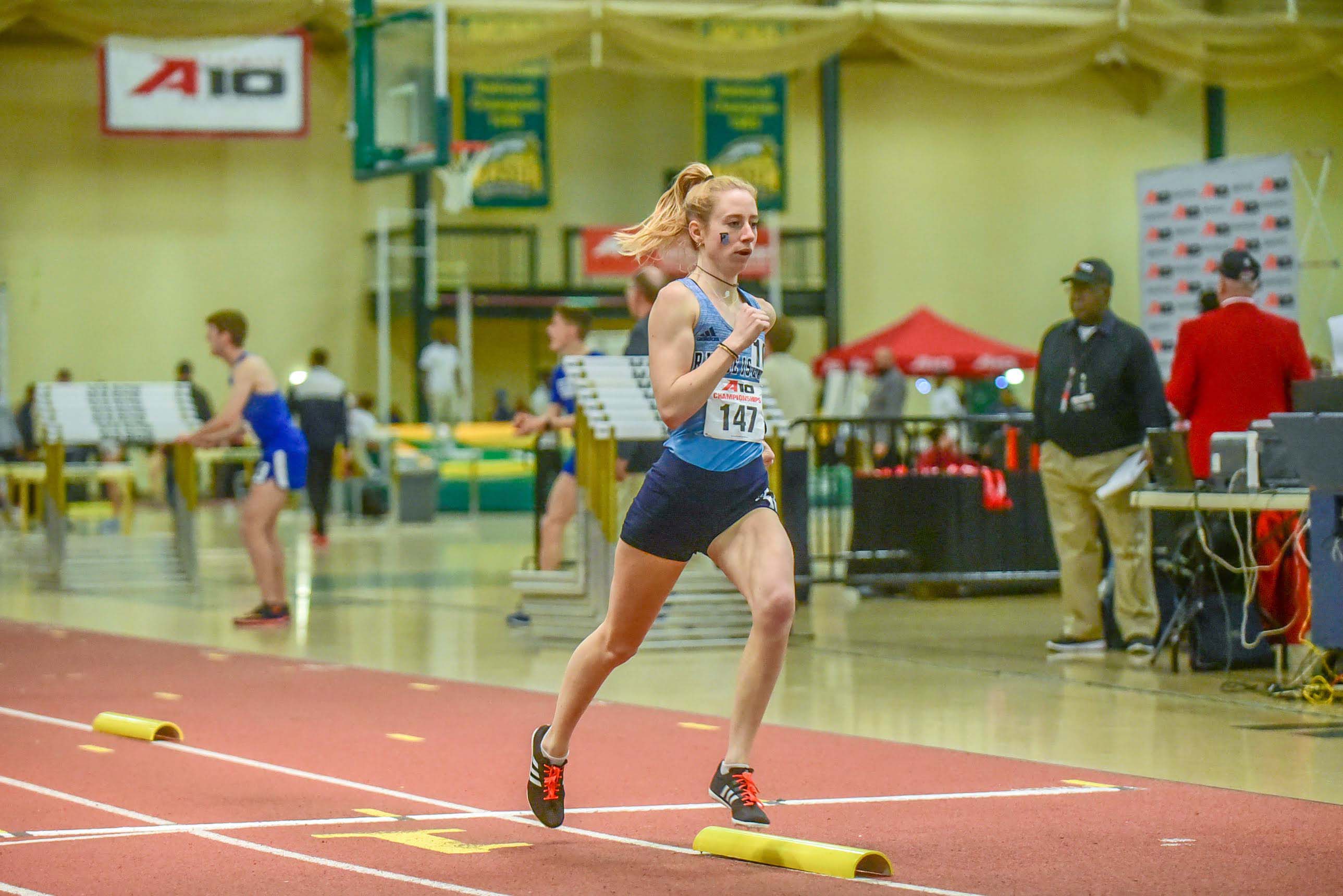 Lotte Black, a student on the University Rhode Island Women’s Track and Field team has had a banner year thus far.

While competing at the Eastern College Athletic Conference Championship in early March, she finished second in the 800-meter, where she ran a time of 2:07.05.

“The race was definitely a learning experience,” said Black. “A lot of races that I’ve been doing this year I go out in front and I’m focused on running the pace. This race was different because I had so many girls to run with. We were all seeded at about the same time. We kinda raced together and it was really anyone’s race.”

Early on in the month of February, Black found success as well. While running at Boston University for the David Hemery Valentine Invitational, Black broke a mile record that had stood for 36 years. Her time was 4:48.46, and broke a record set by Kristen O’Connell in 1983. O’Connell’s old record was a mile time of 4:51.94, Black has broken two other records so far on the year. At the Boston University Terrier Classic on Jan. 26, Black set a new program record for the indoor 800-meter. Her time of 2:08.80 broke the previous record holders, Patti Douglas, time of 2:09.60 which she set in 1980. In the first event of the season, the Brown Alden Invitational, Black also set a Rhode Island Individual record in the 600-meter event by running a 1:34.78.

“The eight [hundred meter] is obviously faster,” said Black. “The mile I know mentally that doing longer reps and more mileage definitely prepares me. A mile would seem long if I’m training for an eight hundred, but race a mile.”

Black brought home conference honors earlier this year as well. On Feb. 5, she was named Atlantic 10 Indoor Track Co-Performer of the Week.

“I think it’s crazy,” said Black when asked about her record-setting year. “Every time I have set a record this year, I had zero it was going to happen. I was just racing to race. I was doing what we’ve been doing in practice. Coach does a really good job about having us stay focused on what we’re doing. Focusing on what you know you need to do. Practices were just illustrating what was going to happen in the races.”

On March 20, Black was also named to the Atlantic 10 Academic All-Conference Team.