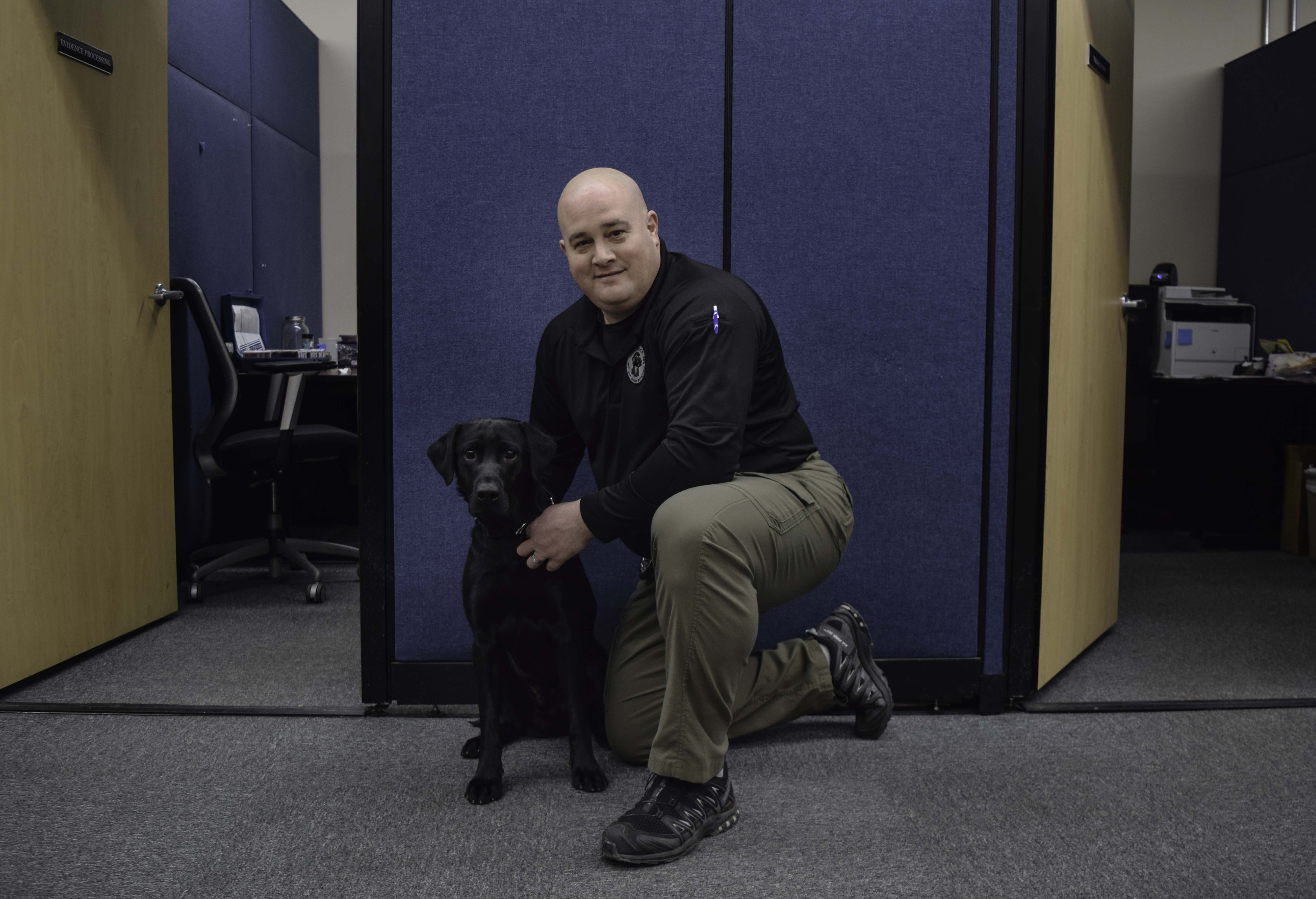 As a reaction to threats across the country, the University of Rhode Island police department has brought another explosive-detecting dog to the force.

URI Police Major Michael Jagoda said that one of the reasons another dog was needed was because of what was happening around the country.

“Not specific to the University of Rhode Island, but throughout the country, we’ve seen an increase in [bomb threats],” said Jagoda. “That’s one of the reasons why these dogs get utilized so much, because of how they work. It also discourages people from putting bombs in certain areas.”

Jagoda said that the University has been seeing an increase in visitors as URI receives more global attention. He said this was one reason for the need of another bomb dog.

“We had a lot more dignitary events, high profiled dignitaries,” said Jagoda. “Just recently, we had the senator’s debate here and the governor’s debate here. We saw there was an increase in the demand for that resource.”

On top of URI holding the senatorial and gubernatorial debates last semester, the president-in-exile of Tibet, Lobsang Sangay, visited this semester as well.

The new explosive detection dog is named . The 15-month-old, male, black labrador started at URI in December of 2018. handler, police officer Robert Kenyon, was trained extensively with the dog prior to their start. Kenyon spent eight weeks training with the puppy at the Connecticut State Police K-9 unit. There, Kenyon said the pair learned how to work as a team.

“[The training] was for me [to learn] how to read the dog, and working together as a team,” Kenyon said.

The puppy was acquired by Sergeant Erica Vieira of URI police from a kennel in Maine, according to Kenyon. From there, it was taken to training with the Connecticut State Police for five to six weeks. In Connecticut, Phender was trained for explosives detection by imprinting the scent onto the puppy.

Kenyon said that he works with Phender to make campus safer for students, faculty and visitors. Figaro, the other bomb-detecting dog on campus is also a black lab, and is handled by Vieira.

Jagoda said that the two teams focus on large events.

“[They work on] special assignment, which would be the Ryan Center, or if we need to sweep a venue to ensure safety if we have a high profile dignitary, maybe a controversial speaker, or large venues like commencement,” said Jagoda.

The dogs have not detected a real bomb at URI, but Jagoda said they are trained on different types of materials like gunpowder and dynamite.

Phender and Kenyon are also responsible for checking suspicious packages when they are called into the station.

“When there’s a suspicious package, we’ll be called down there to check out the package and make sure it’s safe for everyone,” Kenyon said.

Kenyon said these calls, although not frequent, do happen.

“It does happen, usually after checking, it’s nothing, but you’d rather be on the safe side,” Kenyon said.

Jagoda said that, in this sense, another bomb dog was needed.

“Best practices are that you have two bomb dogs to help cover large venues,” Jagoda said. “They just work well together. They’re specialty trained and they feed off of one another when they have a suspicious package or unattended luggage.”

Due to the size of campus, Kenyon thinks that another bomb-detecting dog was necessary for URI.

“With the way things are happening in society, it is a plus to have another dog,” said Kenyon.

In November of 2017, there were a series of bomb threats to Eddy Hall. Jagoda said that Figaro was essential in these situations.

Kenyon applied to be the new dog handler along with other officers. Kenyon was chosen to be Phender’s handler due to his prior experience working with a K-9 in narcotics detection for four years at Hopkinton Police in Rhode Island.

Jagoda said that on top of keeping the community safe, they have also helped with community relations.

“[The dogs] have really helped us with our community policing program and building trust and confidence within our community members.”