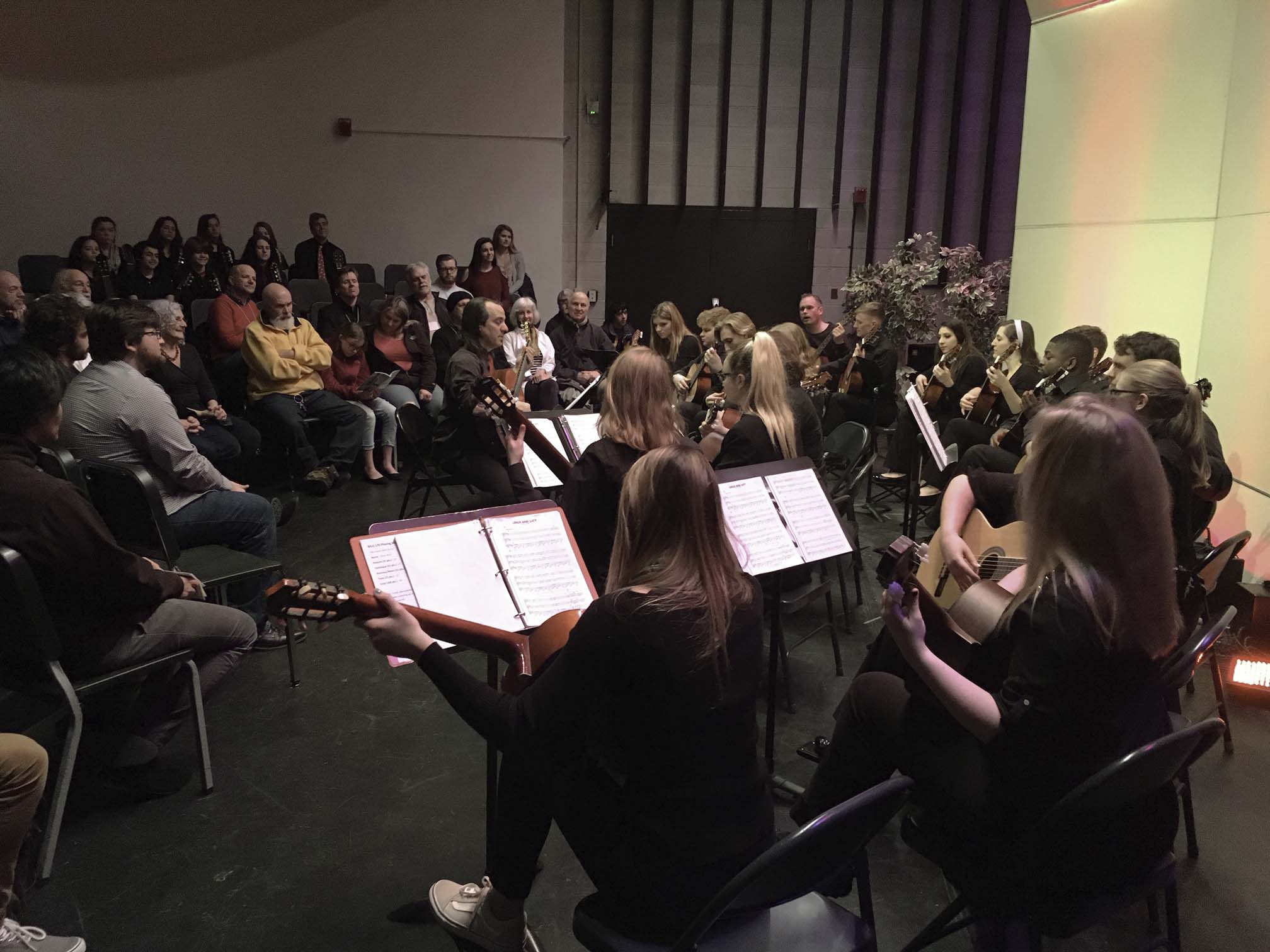 The University of Rhode Island and Pump House Music Works will host the fourth annual URI Guitar Festival on April 5 to 7, bringing artists from across the globe to South Kingstown for various performances, workshops and master classes.

The festival’s main focus is for students, professionals and other visitors to be able to enjoy the guitar in its various forms, learn about the guitar’s universal uses and unite attendees over the simple enjoyment of music.

“I think more than ever, this is an important time to engage people, culture, communities beyond the American Frontier,” Adam Levin, director of the festival and URI music teacher said. “Especially as racism and nationalism are on the rise, it’s even more important to draw people from all backgrounds, cultures, races together to exchange ideas and keep the dialogue going and really demonstrate that the University of Rhode Island is a [center] for cultural exchange and cosmopolitan practices and uniting fronts.”

Levin explained that he created the festival as a way for the community to experience the guitar in a low-stress and inclusive environment. He said that the guitar is a universal instrument and can be used as an educational platform for anyone in the audience.

“The guitar is really a universal instrument and this weekend allows audience members to access the guitar in all of its different and diverse forms,” Levin said. “I thought that the University needed this because it was an educational platform to exchange ideas and to see some of the world’s finest artists on stage.”

There will be more than 10 performances by artists from countries in Europe, Australia and South America who represent a wide variety of styles. These will include Gaelle Solal from the Netherlands, Grisha Goryachev from Russia and Maarten Stragier from Belgium.

“[Grisha] is probably the most technically refined player I’ve ever met, and I’m impressed by the breadth of his virtuosity and his ability to capture the Spanish spirit in his Flamenco playing,” Levin said. “I’m also excited about Gaelle Solal, the French Guitarist. We studied together in Sienna, Italy more than a decade ago. She’s an ambassador for the guitar and an incredible artist.”

In addition, there will be various lectures from Regina Campbell and Eric Zillmer, two individuals who use music as a form of therapy.

Levin hopes that the festival will inspire some attendees to pick up the guitar as a musical instrument, allow them to effectively share perspectives on various topics, and truly immersive themselves in the guitar as a global experience.

“This is a once a year opportunity in which Rhode Islanders and New Englanders have the opportunity to see artists, educators academics in one place, and sharing their perspectives,” Levin said. “It’s a power-packed weekend that is unparalleled by anything, and it’s a unique opportunity to hear the projective from people of all parts of the globe. I want so passionately to make the guitar available to the Rhode Island community, but even more important to communities near and far that might be interested in the guitar.”

Mark Conley, chair of URI’s music department, added that the festival is an excellent way for those in attendance to gain as much exposure to the instrument as possible.

“The festival draws an audience from across the region, giving maximum exposure to audience and artist in this unique area of music that is sometimes not featured as much as perhaps it should be, due to the intimate nature of the art form,” Conley said.

Conley also explained that he hopes the festival will attract students who have not previously been in attendance before.

“There is no right or wrong way to experience any concert; but if attending one of our events sparks an interest in a previously unknown corner of the musical world, or a desire to learn more about all that any of the arts have to offer as a challenge or an experience, then it will have been well worth it,” Conley said.

Tickets can be purchased on uriguitarfestival.org for all performances, discussions and classes.