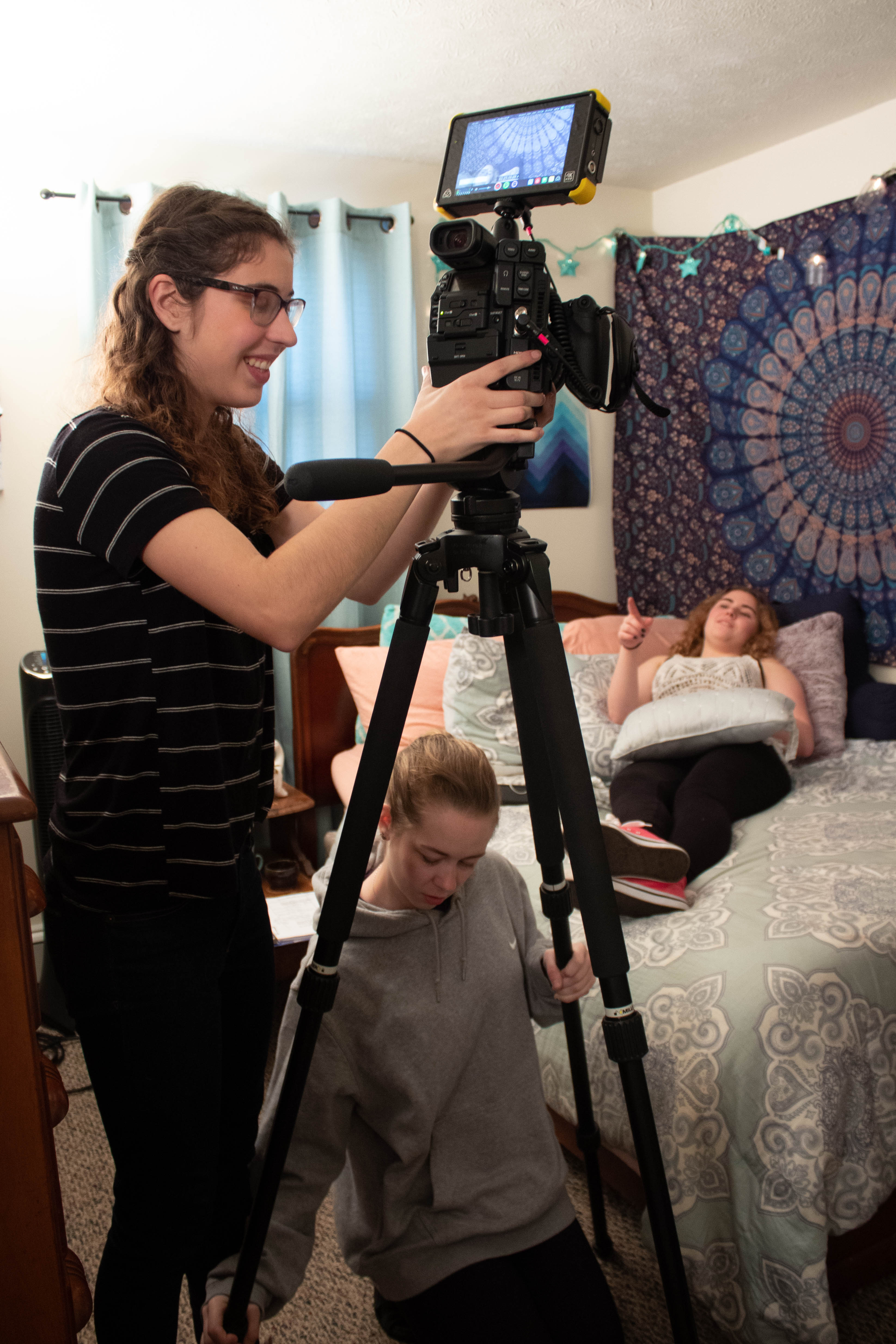 Upperclassmen students in the film media program at the University of Rhode Island are required to completely fund their own films and have spent considerable amounts of money on actors, locations and food for the cast and crew.

For senior Justine Mirek, that meant coming up with $2500, while senior Juliana Mora only had to come up with about $400 to $500. Senior Jina Moran serves as the intermediate to them both, having a budget of $850 for a film she did last semester and a budget of $1000 this semester.

All three students were in agreement that the majority of the costs come from paying the actors, usually for transportation and for buying food to be on set for the crew and actors. Many students are able to find locations for free, whether it be their own house or a friend’s, or in Moran’s case, at the home of Professor Keith Brown.

While raising the money isn’t always easy and students often turn to online fundraising sites such as Indiegogo or Kickstarter and have to hope that their friends, family and even strangers will chip in, the students do say that their are benefits to having to go through this process.

Mora is a double major in film and public relations and the work she’s doing in her film class, FLM445, Advanced Topics in Film Media Production, directly relates to her PR major.

“It gives us a business sense and makes you more confident in your project,” she said. “I think it’s a great thing to have self-promotion.”

Mora didn’t go down the popular route of fundraising through an online site for either of her films and instead just asked close family and friends if they would help her out. She hadn’t felt comfortable her first time around asking for money from people outside of that circle due to her lack of experience, but didn’t face trouble with getting the money she needed.

On the other hand, Moran, who had a successful Kickstarter campaign last semester, is now struggling a bit this semester with reaching her goal of $1000 through Indiegogo.

“Because I already did one last semester, people aren’t as apt to donate,” Moran explained. “It’s harder to do it the second time just because people can only afford to give so much money.”

She’s had the site open for three weeks now and has only managed to raise 61 percent of her goal so far. While she does have time before she needs to give the money upfront, Moran is well aware that if she does not raise the money, the rest will come out of her own pocket.

“Last semester, we hit our goal in under a week,” she said. “This semester, we are slowly crawling for our goal.”

Besides the fact that people who already donated last semester aren’t as likely to donate again, she underestimated the cost of transportation for her actors after having to add extra days of filming.

“If we had free actors, I would be paying almost nothing to make this but if you want a more authentic performance for your actors, you’re going to have to pay them,” Moran said. “In the real world, nothing’s going to be free that you’re doing. So I think it’s really important to have money as one of the factors when you are making a film. I do think it’s a really good experience.”

Mirek has been having the exact opposite experience with purposely overprojecting her budget and having a current excess of over $400 that she will donate to the Alzheimer’s Association.

“We started off well but then it kind of plateaued and I started to get worried and then all of the sudden, we had four people donate $200 each so it took us over our goal,” Mirek said.

Mirek’s film, “A Man’s Life,” portrays the pain that comes with Alzheimer’s disease along with the strength of love and family. The film is based off of stories shared by her grandfather, who has Alzheimer’s disease.  For the Kickstarter, Mirek put together a video where she and others working on the film talked about their personal connection to the film and its topic, which affects so many people and families.

“I knew it wasn’t going to be that hard just because my grandfather was so involved in our town,” Mirek said.

While they all recognize the challenges of raising money for these films, ultimately, they understand and appreciate how the “realistic” process helps them prepare for their future in film.

Time to face the ‘Music’: Sia’s new movie is ableist