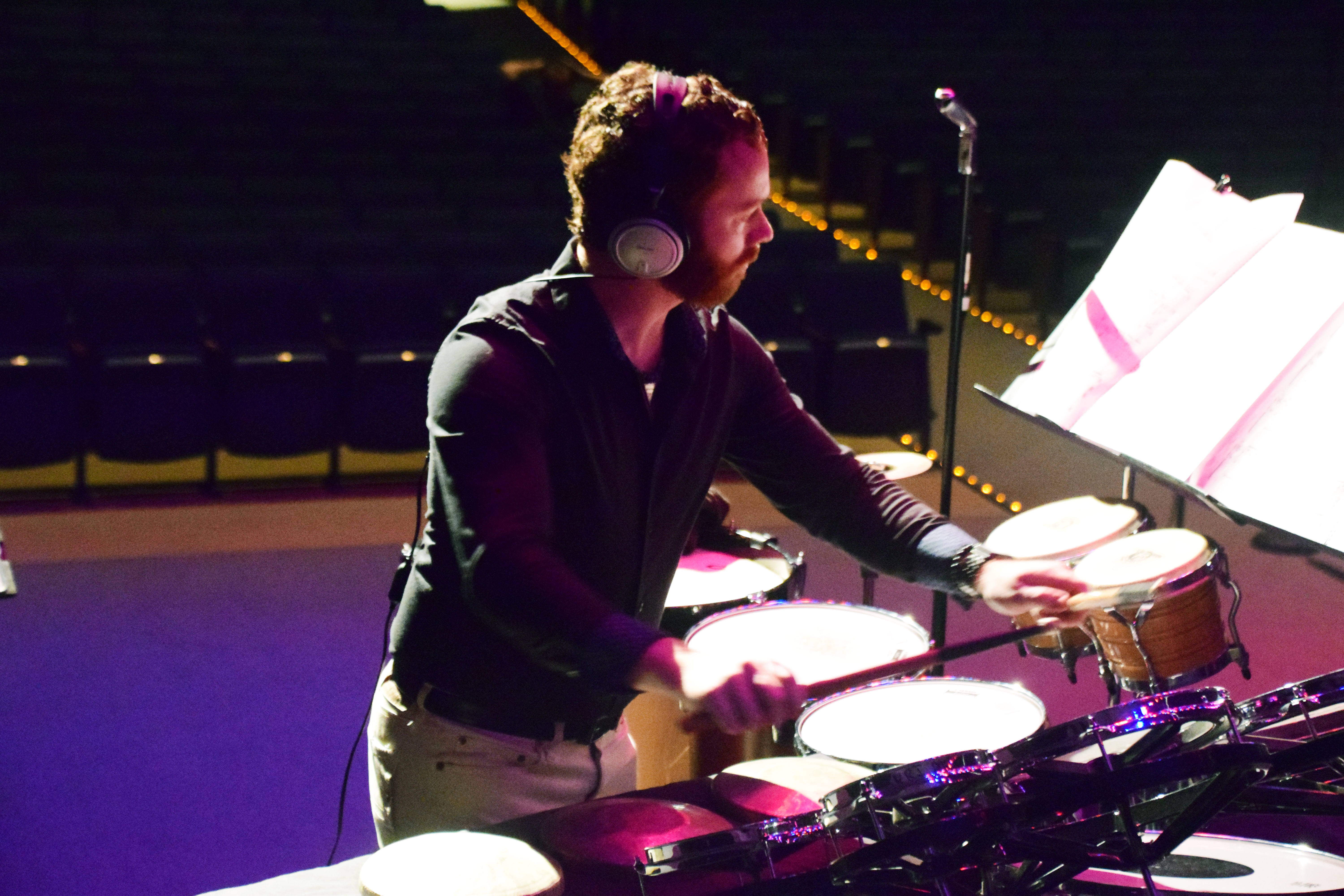 This year’s Contemporary Arts Festival will include students, faculty and alumni from several different academic departments rather than solely the music department for the first time.

Students, faculty and alumni from the art, music, English, theater and film departments will all perform and show off their work. There will be a theater performance, live music performances, video screenings, writings that will be read aloud and artwork displayed around the Fine Arts Center. The festival will also feature two special guests: Cellist and Composer Laura Cetilia and Multimedia Artist and Performer KYLE b. co.

Kirsten Volness, a music composition professor, organized the festival and wanted to expand the program by including all of the fine arts departments rather than only the music department.

“I really wanted to expand it to be more of an arts festival because there are so many departments on campus that don’t talk to each other,” said Volness. “Often we don’t see each other’s work unless you go out of your way to do it.”

By organizing the festival, Volness also hopes to bring more awareness to the arts and increase funding for those departments. Specifically, she hopes to see renovations in the Fine Arts Center.

“Part of this is politically motivated in that regard too, just to bring more visibility to the arts on campus, make sure people know that we exist and what kind of cool stuff is happening,” Volness said.

Volness hopes to see the festival continue to grow as the years go on. The most important part of the festival to Volness is bringing all of the artists at URI together.

“I’m most looking forward to getting lots of artists just engaging with each other,” she said. “That sense of community is what I’m most excited about.”

Senior music composition and performance major Katherine Loo, also believes the sense of community in the arts is very important.

“Any type of art brings us humanity and I think we need so much more of that in the world,” said Loo. “There’s so many bad things out in the world, so I think that’s why the arts are so important and they shouldn’t be neglected.”

Loo herself will not be performing at the festival. However, one of her compositions, titled “Oasis” will be performed by her friend Remy Besson.

Loo also plays viola and has been doing so longer than she’s been composing. Composition was something she didn’t know she’d end up doing.

“I’ve always been really affected by the music like in TV shows and movies,” said Loo. “I guess in high school I started thinking, ‘Oh maybe I could do composing’ and I sort of went into it, to URI, not really sure what I was doing but it was definitely a good decision.”

Many other student composers will also have their work performed at the festival. For a full list of performances, visit the 2019 URI Contemporary Arts Festival Facebook page.

The festival will be held on Sunday, May 5 in the Fine Arts Center from 3 p.m. to 9 p.m. The festival is free to attend. However, donations will be collected that will go towards scholarships. People are also encouraged to come and go as they please throughout the day.