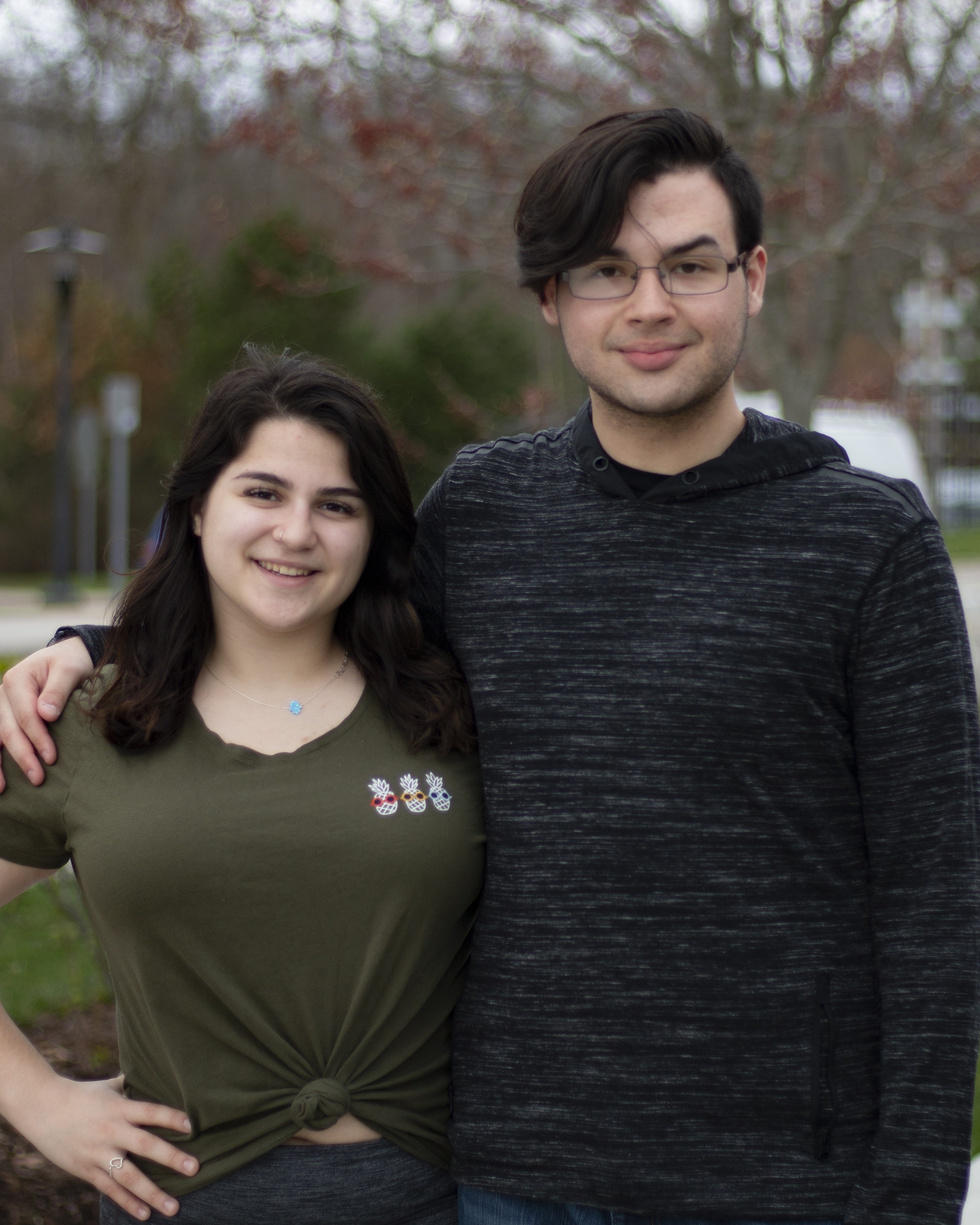 Thanatology class makes a civil action project for the issue

Tatiana Snedeker (left) and Danny (right) are establishing a foundation to increase HIV and AIDs awareness in the developing womb. |Photo by Grace DeSanti.

This semester, a group of thanatology minors are fundraising to raise awareness for HIV and AIDs as part of a class project.

Danny Sossa, a computer engineering major, and Tatiana Snedeker, a nursing education major, are freshmen students taking a thanatology class that is based on HIV and AIDs in America.

“For this class project we have to basically take civil action as a group,” Snedeker said. “We have to have an aspect of either educating people or helping people in some kind of way. So there are a bunch of different groups doing different things. Our group decided to raise money for the Elizabeth Glaser Pediatric AIDs Foundation.”

This foundation is making efforts to reduce the risks of children contracting HIV and AIDs in the womb by trying to get FDA approval for children who need medication that is not available yet.

“A mother in the 1980s was giving birth and she had suffered a hemorrhage and she contracted HIV from blood transfusion,” Snedeker said. “She accidentally passed it to both her children and one of her children ended up dying eventually. Her other child lived to carry on her legacy and is now holding fundraisers for research, and for mothers and children with HIV around the world through that foundation.”

The students in the group are organizing different fundraisers to raise awareness about HIV among mothers and infants. They are also trying to educate the student on campus about the importance of safe sex.

“On April 24, we’re going to have a fair,” Sossa said. “This is a sex education fair to get an idea of students’ knowledge on campus. There’s going to be another group that is going to talk about safer sex and our group is going to specifically talk about pediatric needs and why we’re fundraising.”

Another group in this class found that according to Health Services, there are some cases of HIV on campus. This group believes that a majority of the HIV cases are found on campus due to the lack of awareness about AIDs among college students.

“They are calling our time right now a second AIDs epidemic,” Sossa said. “In the 1980s it became an epidemic because people didn’t know that they had the disease and that’s how a lot of people contracted it. Now, because it is stigmatised people don’t talk about it or get it checked out.”

URI is one of the few schools across the country that offers a thanatology minor. Thanatology is the study about death and bereavement. The “THN 422: AIDS in America” course is a multidisciplinary minor taught by Dr. Sarah Murphy.

“People from all kinds of majors will find this class interesting,” Snedeker said. “It is very personal and brings something different that you learn. Not only just about the topic but about yourself as well. They bring in new classes every semester and it keeps changing.”