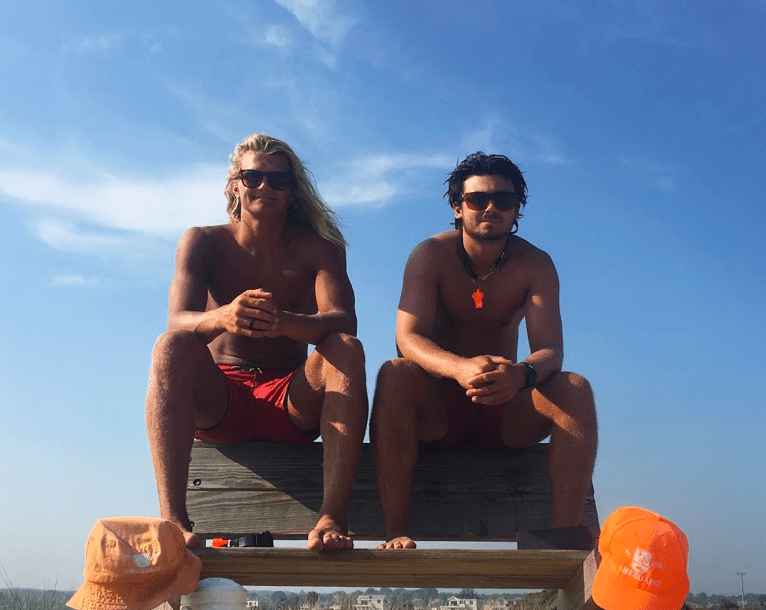 Depending on the season, you can find these Rhode Islanders surfing, skiing or working as lifeguards, but all year round they can be found practicing their skills as photographers.

First-year student Peter Krekorian and sophomore Laird French have practically grown up together. They grew up in South Kingstown and currently attend the University of Rhode Island.

While Krekorian is a skier and French is a surfer, they often feed off each other’s skills to showcase both their talents whether it be photography, surfing or skiing.

“I’ll go shoot him [French] and his brother surfing,” Krekorian said. “When I go skiing he [French] will come to Yawgoo up the street or he will come when I’m doing urban and he will shoot me, so we kind of feed off each other and what we both love. But in the end we’re both enthusiastic about what the other is doing.”

Something French loves about photography is that it’s a way to document what you’ve done in your life.

“I know memories aren’t perfect or they’re really bad sometimes, so having kind of a photo journal of your experiences is really good to have,” he said. “I really like to look back at things I’ve done in my life though photos.”

Instagram is a platform that both photographers use to publicly promote and share their work. French has been off and on Instagram for years and uses it mainly to market himself.

“For instance if someone likes the photos that I take and wants to have a photo taken of them surfing, or wants me to take photos of them in a situation it’s just a way of self-promotion,” French said.

However, he said that the objective of his Instagram really comes down to the person who is looking at his photos.

Krekorian used to tailor the content of his photos to his audience but now he’s trying to reverse that and gain an audience that is more tailored to his style of photography.

“I’m kinda focused on more of what I’m trying to capture than what [people are] trying to see,” Krekorian said.

For the both of them photography is a hobby alongside their academics. Krekorian was introduced to photography by his uncle who is a professional photographer, while French got into photography from a photography class he was taking his junior year of high school.

In the future, French is planning on combining his marketing degree and passion for photography to create advertisements and do product shoots for companies.

Krekorian also enjoys action photography as this is something on he said he has a different outlook on when it comes to the average person. While he is an ocean engineering major, photography is something that he’s been told can actually be incorporated into his major. At the least, he hopes to continue photography on the side.

Their photos can be found on instagram @peterkrekorian and @l_a_i_r_d.