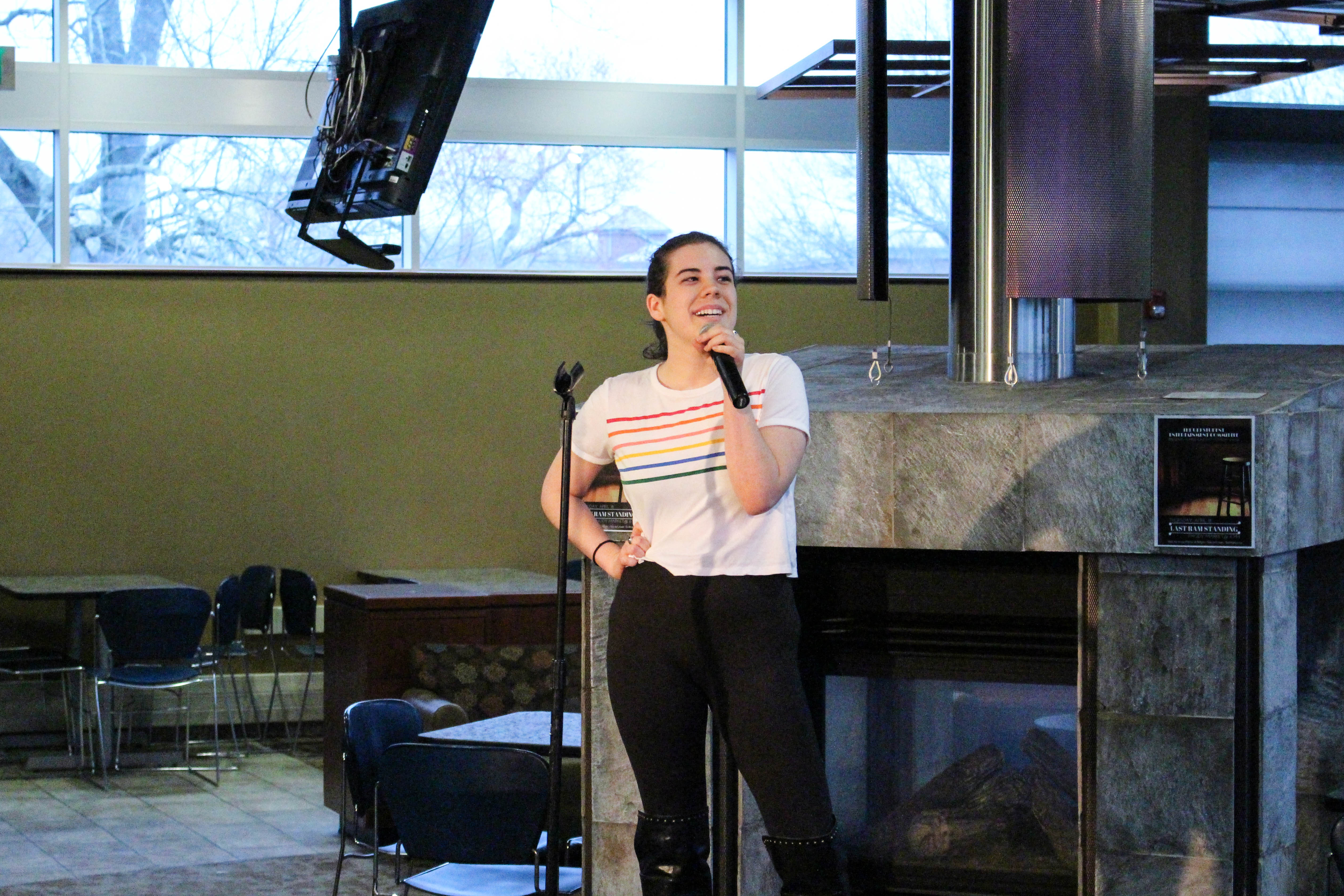 Last Thursday, six students took the stage inside Rhody Market to impress the judges and audience with their best comedy routine in competition for two tickets to see John Mulaney in October. This stand-up comedy competition, “Last Ram Standing” is an annual event put on by the Student Entertainment Committee (SEC).

The stage was located in front of the fireplace with a microphone stand already in place as people filed in. Spotlights and speakers were set up around the stage and behind a table where a panel of three judges sat waiting to watch contestants.

“We thought it would be more authentic in here, and people are already here hanging out. They might enjoy just watching some comedy,” Jennifer Roth, special events president of SEC said.

As the night went on, people who had stopped in to get food gathered in the remaining seats or stood by the smoothie station to watch the competition. The panel of three judges decided the winner based on specific criteria.

“The criteria is content, stage presence, crowd reaction [and] overall impression,” Roth said. “We really focus on the crowd reaction just to make more people involved in who the winner is.”

Sophomore Sophia Jordan came in place, taking home the two tickets. Jordan had no prior experience, but her confidence and presence on stage made her stand out.

“This is my first time actually doing it [stand-up comedy],” Jordan said. “But I’ve been practicing and working on it for a while. I’m thinking of doing YouTube and things like that, but I haven’t actually done it yet.”

A big fan of story comedy, she told a story about an interesting date that she had been on with a boy.

Sex and relationships were a common theme for many of the jokes. Some jokes even reached the line of awkward as they tried to address controversial issues to a silent crowd. The host, SEC Chairperson, Rowanne Curran even joked “Something that I think everyone has in common is that we’ve learned a little too much about them.”

The six contestants came up to show their comedy skills. The skits were supposed to be around five minutes, but if a competitor was getting a great crowd reception, they could stay on the stage for an extended time period.

Junior Ryan Derouin who took second place actually took the stage three times. The last time was just for fun, not counting in the competition. He was extremely eager to get up on the stage and share his content.

“I’ve always done it my entire life,” Derouin said. “I’ve always been the funny guy in class. I always wanted to do it but I never thought I could be famous because of the risk involved.”

Although the crowd may have been tough, staying silent through some rounds of jokes, the contestants all seemed to have fun on stage, laughing at their own jokes and stories. All contestants tried their best to get at least a few laughs and smiles.