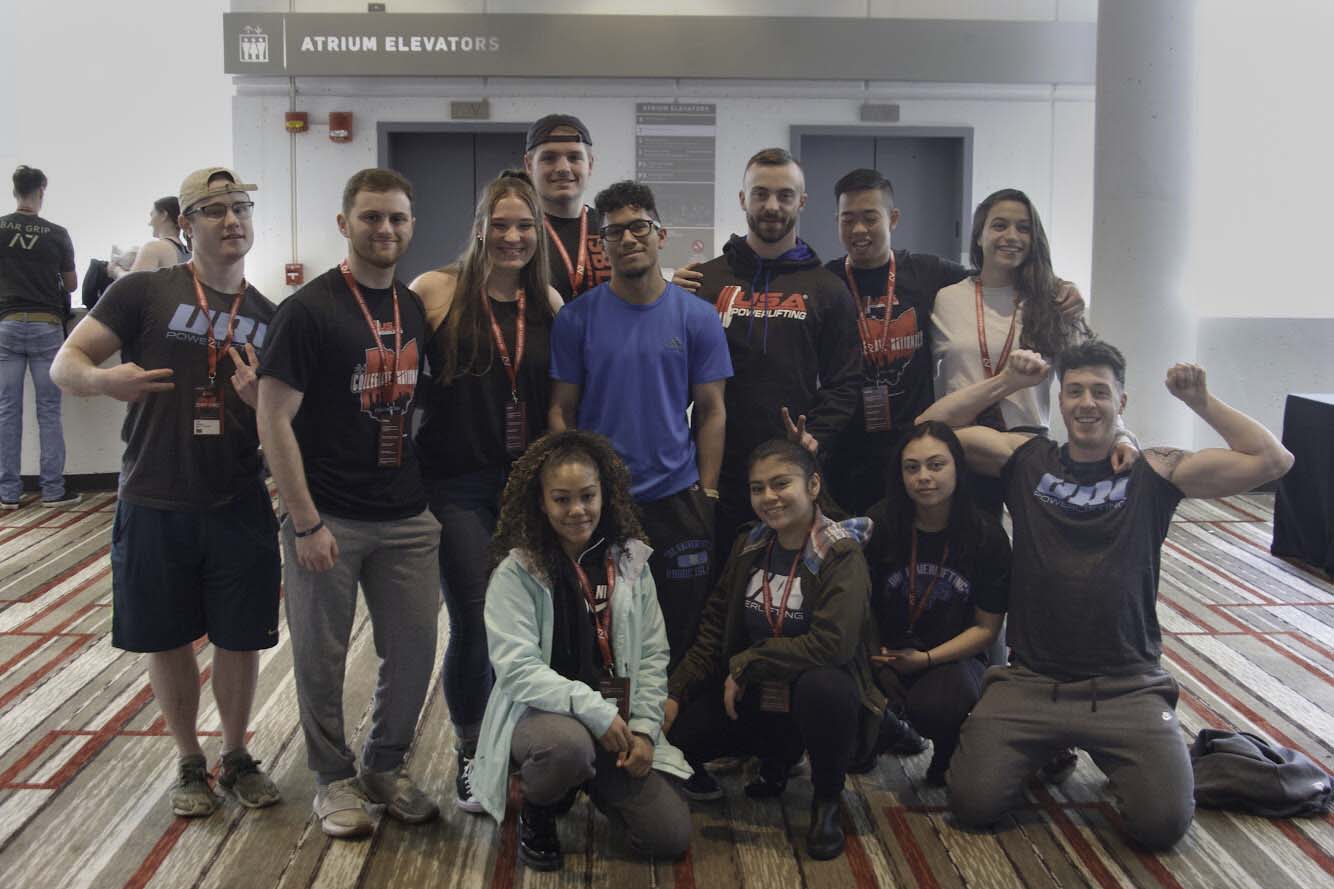 An aspect that makes the University of Rhode Island so unique is all of the clubs that can be found on campus. Every interest in life is represented, from Musically Inclined, Student Nursing Association to Greek Life. If those organizations do not tickle your fancy, the University also has a powerlifting team. A very successful one, at that.

The URI Powerlifting is fresh off their exploits in the USA Powerlifting Collegiate National Championships, which ran from April 11 through April 15 in Columbus, Ohio. The team competed against schools all over the country, such as Florida International University, Penn State University and the University of Toledo, amongst other schools.

The highlight of the weekend was the performance of Asia Greer. The junior finished third in her weight class with 300 points on the weekend, a feat that earned her All-American status. Greer, who continued the team’s tradition of one member becoming an All-American, was proud of her performance.

“I came in and pulled and squatted a lot more than I thought I was [going to] do,” she said.

Greer set personal bests in back squat and deadlift during the competition.

Powerlifting is composed of three different lifts, which are bench press, squat and deadlift.

Bench press is when a lifter lays down on a flat bench and uses their upper body to lift the bar. Back squat is when the lifter rests the bar on their shoulder and squats downwards while keeping their back straight. This lift requires the use of quads, glutes and hamstrings. The final lift, the deadlift, is when the bar starts on the ground and is raised until the lifter’s knees and shoulders are locked and their back is straight.

The club’s president is Daniel Baez, who is a junior at the University. This is his third year on the team and the first as the club’s president. When asked about his first term as president, Baez beamed about the ability to impact others.

“It’s been really fulfilling,” Baez said. “Everyone is always so happy just being on the team, and the environment this year has been better this year than it has the last couple years. People have told me that personally, and that warms my heart because that was my goal of this year.”

Greer agreed with this assessment.

“This year has been a lot more family oriented,” she said. “Everyone is a lot more close to everyone. We bond really well.”

Although Baez did not personally do as well as he had hoped to at the tournament, he said the meet was successful from a team perspective. He cited Greer’s success as the primary reason for this.

Baez said the team has over 40 members, both male and female. While they all lift individually or in small groups throughout the week, the team lifts together on Friday nights in the Mackal weight room. The comradery displayed by the team is an invaluable aspect for Baez.

“I enjoy seeing everyone become friends with people they wouldn’t know otherwise,” he said.

Baez also said seeing everyone get stronger throughout the year and coaching each other were reasons as to why he enjoys the team so much.

Baez talked about the value of seeing the underclassmen grow not just in the gym, but also socially outside of it.

“Several of our members are really shy when they join the team because they don’t know anyone on the team and it’s a new sport,” Baez said. “Just the E-board [Executive Board] and anyone else in general just coming up to them throughout the week when they see them outside and always saying ‘hi’ brings them out of their shell. Seeing them grow, become more confident in themselves, it’s really nice [to see].