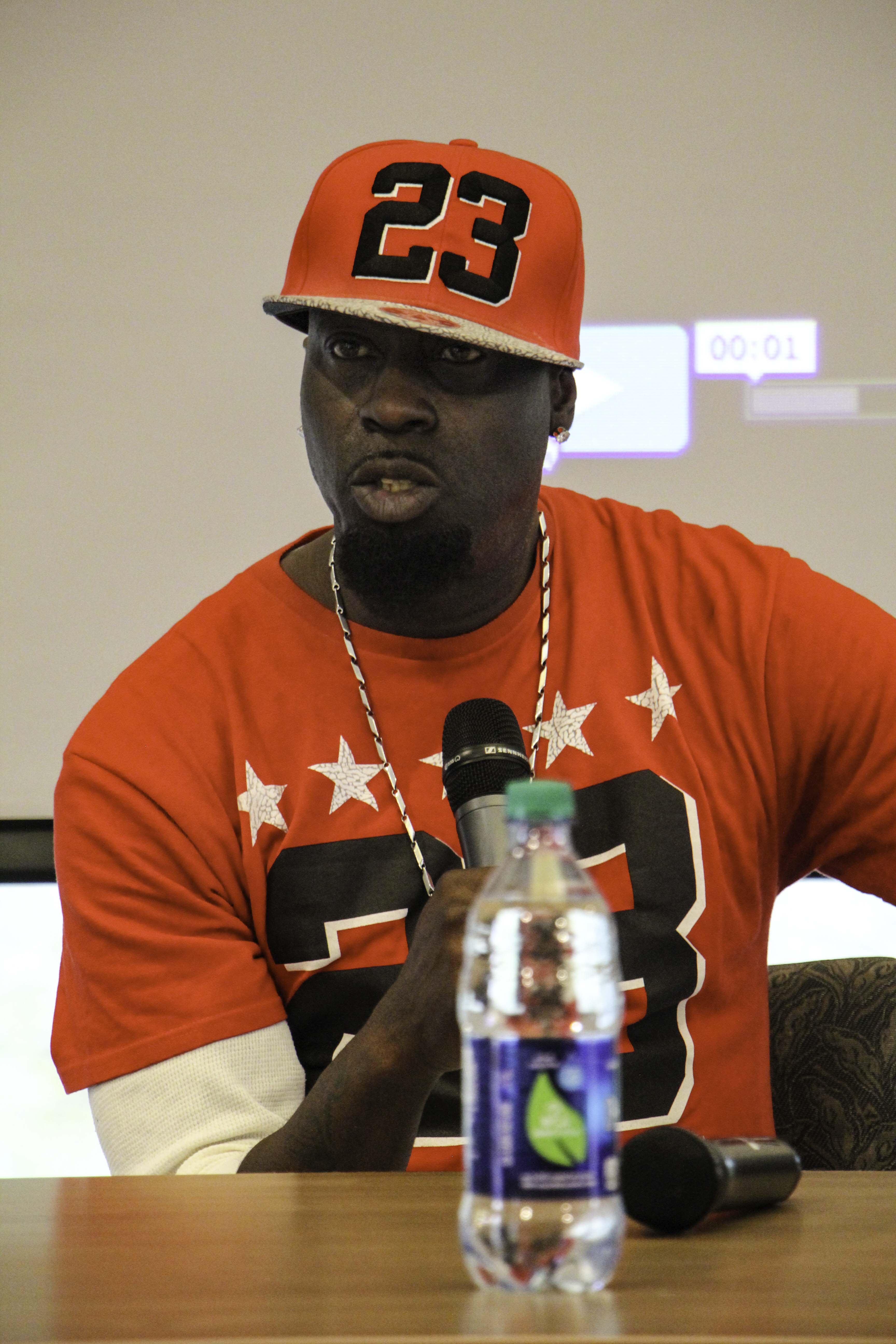 Derek Truesdale, a previously incarcerated individual, speaks about the actions society needs to take to improve the prison system. | Photo by Greg Clark.

Reforms to the criminal justice system may help the incarcerated to re-enter society, and the organization OpenDoors is working to help those previously incarcerated by listening to their stories.

OpenDoors is a non-profit organization located in Providence, Rhode Island. Representatives recently spoke to the University of Rhode Island community about the importance of criminal justice reform.

There was a follow up question that asked if there was anything that the prison system, once an individual has been incarcerated, could have done to prepare those for “reentry” into society.

Co-Executive Director of OpenDoors, Patrick Westfall, said that limited programming for education within the Adult Correctional Institution (ACI) in Rhode Island is a problem with the criminal justice system.

“In a prison of about 1,000 men, they might have two classes a semester, limited to 20 people per semester,” said Westfall. “Once someone gets into the prison and justice system, we need to give them the tools they need so that when they get out, they have something to fall back on.”

Westfall also said that there is a lack of vocational training within the ACI. Prisoners, according to Westfall, can make license plates or work in an upholstery shop but said that these were not very transferable job skills for occupations outside of prison.

Westfall said that he personally moved up in the organization. His first job at OpenDoors after his incarceration was as a janitor, and he then worked his way up to his current position.

When Westfall was released from prison, he said the only people he knew were people from prison. This made it harder to get a job after his release, as he was “begging restaurant owners for a chance to wash dishes.”

Westfall went to school after spending time employed at OpenDoors to earn his Masters of Business Administration at URI, which led to his position as co-executive director of OpenDoors.

Westfall said that possible solutions to the lack of rehabilitating programs within the prison system could be more education, vocational training and substance abuse treatment programs. The Rhode Island Department of Corrections was one of the first to offer medicated treatments for opioid addictions while people are incarcerated, according to Westfall.

Leeser’s father was incarcerated during her childhood, and she attended Georgetown University to address issues within the incarceration system.

Leeser teaches at the ACI through the Community College of Rhode Island (CCRI), working to educate prisoners.

“It’s the hardest part of my job right now, going in,” said Leeser. “You’re so close to the abuse and yet you’re so powerless. And the way the system is set up, you can’t even as someone who is free, as someone who has a voice, you can’t do anything about it.”

Truesdale, when asked about his time in prison, said he wouldn’t wish prison on anyone. Westfall said that the loneliness of prison is one of the worst parts of the experience.

“Your life is stopped, but everyone else’s life has moved on,” said Westfall.

Carolyn Bollerman, a political science and gender and women’s studies major at URI, reached out to Westfall and helped orchestrate a presentation to inform people about OpenDoors. This was for a class titled “Feminist Thought into Action.”

Bollerman said that she feels very passionate about criminal justice reform. She said that OpenDoors listens to the stories of those who have gone through the prison system to see what is the best action for those people.

“A lot of times people talk about these subjects in a very broad sense, but I think that it’s important to bring it back down to the individual level,” said Bollerman. “I think that moving forward with reform, you need to think about the person and maintain their dignity in that and not just talk about them as those people that need help.”

Bollerman said that this must be done on a grassroots level within communities to make strides with the reform of the criminal justice system.