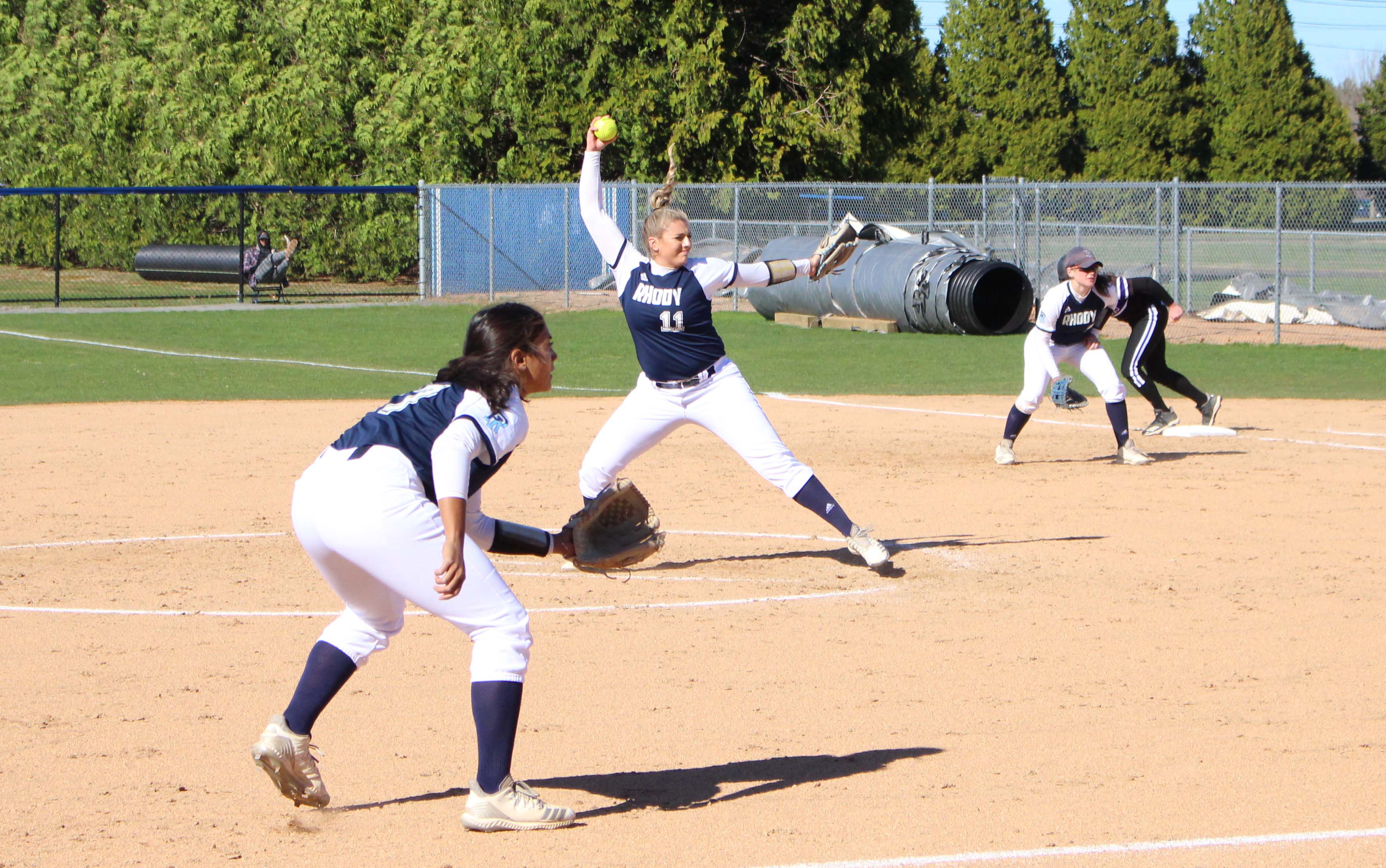 The magic provided by the Easter Bunny did not find its way to St. Louis, Missouri this past weekend for the University of Rhode Island softball team. The Rams got swept by the Billikens in one of their final series in the Atlantic 10 regular season.

The losses leave URI winless on the road this season through 15 away games, but for Coach Bridget Hurlman and her young team, wins and losses what those games are all about.

“They’ve gotten what I think is the most important thing which is experience,” she said. “They’re extremely fortunate to be playing a lot of innings so early in their careers. They’re definitely going to continue to grow both physically and mentally I think from this season.”

Rhody played a three-game series against Saint Louis University, with two games opening the series on Friday. In the first game, an offensive explosion happened for the Rams. They jumped out to a 1-0 lead in the top of the third inning from double by freshmen Ari Castillo, which brought fellow classmate Faith Musselwhite across home plate. St. Louis was able to knot the game at one apiece in the bottom half of the inning, but the lead would not last for long.

Sarah Gunderson recorded one of three hits on the day to start off the inning, advancing to second on a throwing error that brought around freshman Susan Harrison. Gunderson, the senior who started the game on the mound, recorded her first three career hits on the day. She scored herself later in the inning to make it 5-1 from a double by Musselwhite.

A single by Hannah Desousa made the game 7-1 in the top of the fourth. Rhode Island scored six runs during the frame, an inning-high for the young team.

The home team was able to get three runs back to make it 7-4 before URI tacked on another run in the top of the sixth. Gunderson hit a double that scored freshman infielder Frankie Potocki, but Allie Hernon in the bottom of the inning made cut the deficit back to three runs for the Billikens.

They were able to walk the game off courtesy of the long ball. Mackenzie Lawson hit one over the center field fence, allowing three runners to touch em all. Rhody lost 10-8.

Within the hour, the teams were back in action for the second game of the double header. The visitors took the lead to begin the game again, this time through the bat of Musselwhite. She hit her seventh of the season to give Rhody a 1-0 lead.

Unfortunately for the Rams, that was their only lead in the game. St. Louis hit four , highlighted by a grand slam from Game One in the bottom of the second. The final score was 10-2.

Saturday brought the bats for Rhody, but the home team had more success with the lumber. They scored in each of the first four innings, as SLU jumped out to a 6-4 lead. Castillo singled in the top of the sixth to drive in one more run, but the score was 8-5 heading into the final inning. URI had the bases loaded, but were only able to plate one run, and dropped the final game of the series.

Speaking before the Wednesday against University of Massachusetts, coach talked about how the team was excited to finish out the season with meaningful games.

“We’re pumped, we know we still have something to prove and these are very valuable games for us,” she said. “Hopefully we have one or two more pitches and hits that go our way and get us on the opposite end because we have been competing very well.”