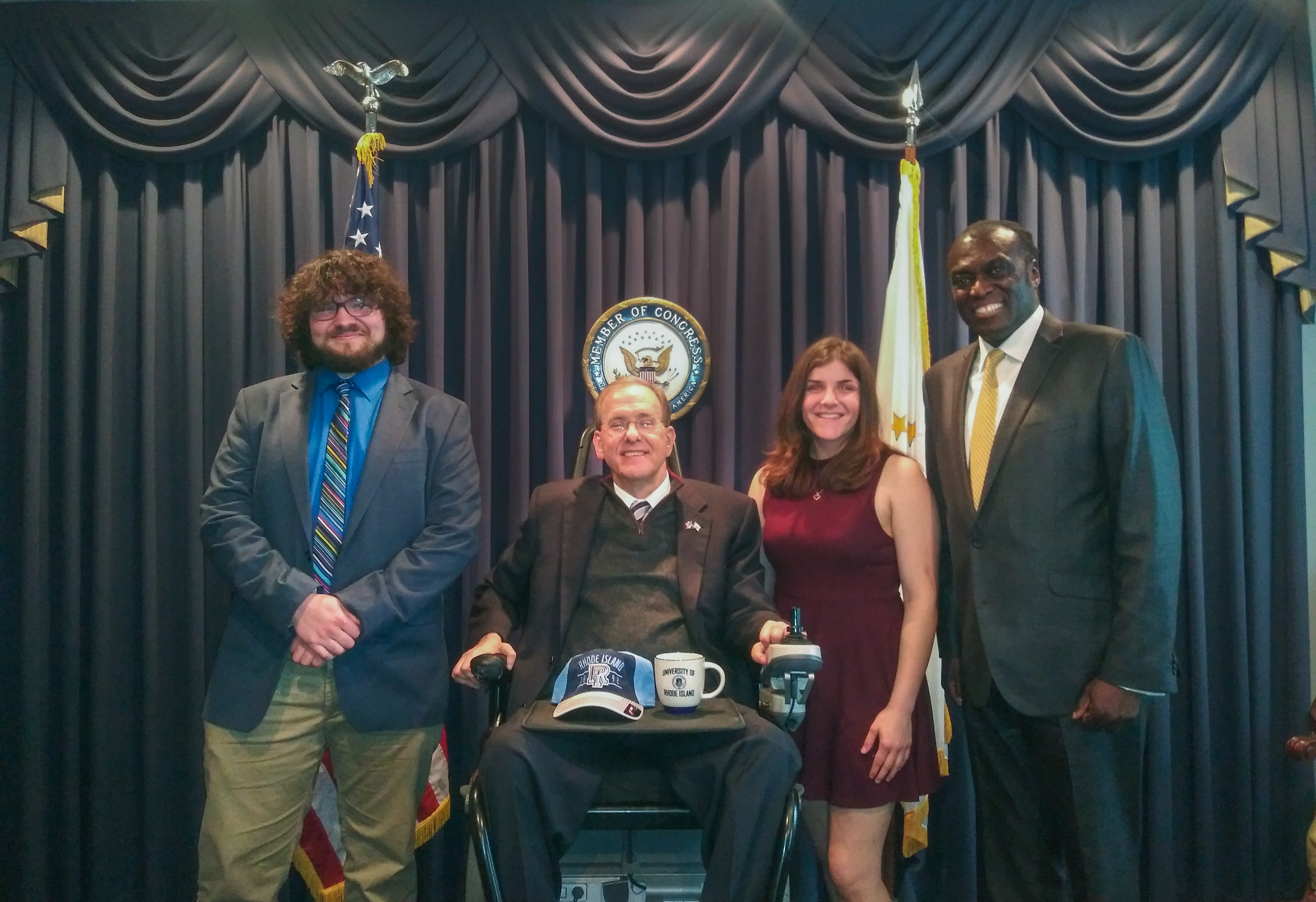 As a part of an honors class called Advocacy and Civil Engagement, a group of students decided to do their advocacy project on providing a greater understanding of the oppression in Tibet.

“The aim of our campaign is to mostly raise awareness,” said Edward Donovan, a junior health studies major. “We found that there were a lot of situations where students and just people in general who know who the Dalai Lama is, but had no idea what struggles Tibet is facing.”

Tibet has been occupied by China since 1950, when the new Communist regime under Mao Zedong invaded. According to the students’ research, ever since Tibet was invaded, the people have endured systematic torture, unjust killings, starvation and many other human rights violations.

The students said that what inspired them to take on this advocacy was the talk Dr. Sangay Lobsang gave at the University in February. Sangay is the elected president of the Central Tibetan Administration, also known as the Tibetan-government-in-exile.

“[Lonsang] talked about the struggles that people in Tibet are facing and that inspired us,” said freshman Jessica Daltorio, a political science and animal science major. “I think just the idea that these atrocities are occurring without the recognition and awareness they need is absurd.”

After a semester of researching the issue, the group desired a meeting with Langevin. Daltorio and Donovan met with Langevin in his Warwick office, along with their professor, Louis Fosu.

“We wanted to talk to [Langevin], that was the big goal,” said Donovan.

According to the students, Langevin was extremely receptive to the discussion on the issues in Tibet.

“He was very respectful,” said Donovan. “He seemed genuinely interested and disturbed by the atrocities that happen in Tibet.”

Daltorio said that one of the main problems is that there is a lack of media coverage on the issue, resulting in a lack of awareness.

“It felt like [Langevin] knew the general background on the problem,” said Daltorio. “But he had no idea the extent of the oppression of [the Tibetan people].”

Donovan said that Langevin affirmed he would look into what measures the U.S. is already taking, and expressed interest in talking about Tibet further in Congress.

Now that the semester is over and they completed their project, the group still wishes to advocate on behalf of the Tibetan people. One of their goals is to create a social media page along with a website to raise awareness of the oppression occuring in Tibet.

“One thing we want to do is get more American Tibetans on the project before we move forward with [the social media], we want this to be a really inclusive effort,” said Donovan. “We want the minority groups that we’re advocating for to be a part of the advocacy.”

Another way Donovan specifically plans on continuing his advocacy is through supporting Donald Trump’s push for better access for journalists and politicians in the Tibetan area.

“Just a continued better dissemination of information [is important] because that’s kind of one of the biggest points,” said Donovan. “It’s not that the American people don’t care, we’re sympathetic people. It’s just that there’s no information out there. It’s not something that’s on the forefront of foreign policy.”

Later in the week, the group will present their advocacy project to administration from the honors college. Daltorio said that the group hopes that in presenting their research to faculty on campus, it will motivate them to incorporate the advocacy into their lessons.