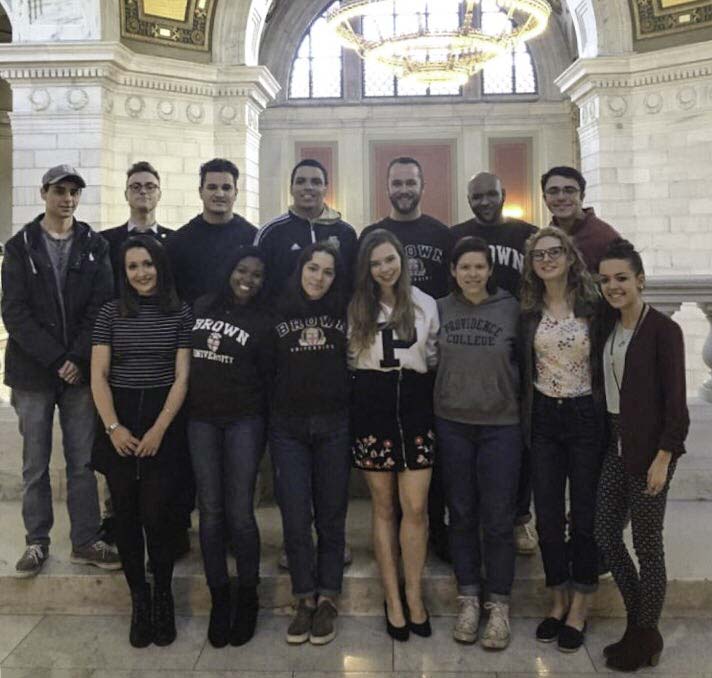 This scholarship has been in place since 2017 and due to its effectiveness, Governor Raimondo has proposed to expand the program to cover two years of tuition free college at Rhode Island College (RIC) as well as expanding the program so that it’s not only available to recent high school graduates but also people who are 25 years or older.

“So if you are 30 years old, you never got your degree, you can go back to RIC and level up in your degree and pursue the occupation you want to,” Boardman said.

In 2017, when Raimondo first proposed the scholarship, URI Democrats went to the hearing in the State House and testified to the House Finance Committee. The public hearings gave students the opportunity to attend the hearings and speak on behalf of URI and students in Rhode Island who this scholarship impacts.

“It’s something we had done before and we had seen how much of an impact the student voices had had on helping that program be passed,” Boardman said. “There were a lot of students that were personally impacted by this and those student voices are very important and sort of underrepresented at times.”

When the scholarship came up for a hearing this year, URI Democrats decided they wanted to make their voices heard again.

“We wanted to let the legislature know how important this program is to them and how effective it is for young people and for our entire economy,” Boardman said.

After legislators talked about Raimondo’s budget, the President and faculty members of RIC testified for the passing of the scholarship. URI President Dr. David Dooley spoke on behalf of URI, presenting his concerns that by lowering the cost at RIC, students would be drawn to RIC who would otherwise go to URI. Dooley testified for the legislature to also include more funding for URI so that in the case that URI’s enrollment starts to decline, URI will not have to cut programs.

“I think that is a good way to solve that problem would be to also include URI in Rhode Island’s Promise and that is personally my end goal and what I think should be done,” Boardman said. “Hopefully we’ll get there are some point.”

Boardman and Appel stated that the level of support for the passing of the scholarship was overwhelming. While students that would benefit from the scholarship testified, students who were not directly impacted by public colleges in Rhode Island also testified in favor of the program.

“It was really good to see so many students who weren’t even directly affected by Rhode Island Promise there supporting it,” Appel said.

Although it was her first time testifying in front of legislatures, Appel said that she knew how important it was for college students to support it for the wellbeing of the community.

“I found everybody very receptive and it seems like this is something that the legislature and senate acknowledges is a very effective program and that it seems like they were happy to hear from students which was good,” Boardman said.