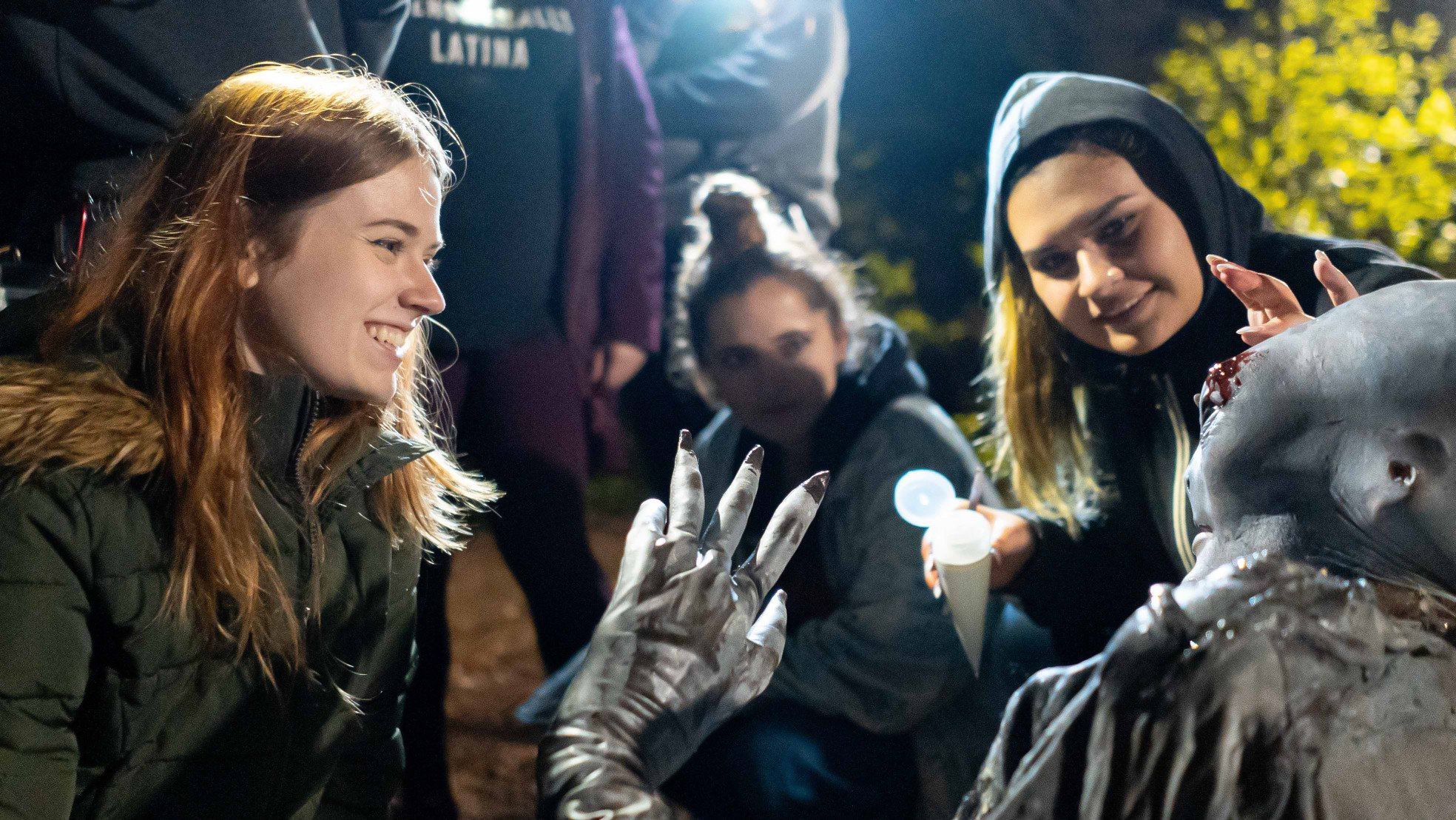 The sun didn’t need to be shining for the University of Rhode Island film students this summer as over 50 students worked on a horror short film in the woods of East Greenwich, Rhode Island.

“Lake Forest Road,” a short horror film directed by URI alumna Ashton Avila, began production this spring and was filmed primarily over the hottest months of the year. The film serves as an allegory for immigration issues that affect millions across the world. To serve the plot of the story, filming primarily took place at night, and would last into the early hours of the morning.

Avila said the production team was all students. While they had a consulting mentor to bounce ideas off of, she said the students were the ones who made many of the creative decisions. Notable roles that students had on set were assistant director, script supervisor and production designer.

“I learned so much,” Avila said. “Directing is being a forever student, and on this set, I learned a lot. For instance, it was my first time ever using prosthetics in makeup. First time playing half teacher, half director. I learned from the experience and I learned a lot from the way they handled problems.”

One of the students who was able to learn from everybody on set is Sarah Brennan, a sophomore film major. She served various roles on the set, ranging from prop master to costume designer. Brennan was also an assistant in the hair and makeup department, and spoke highly of the outside learning she received.

“We had a lot of people from LA here,” she said. “I learned a lot, so it was a lot of real, industry knowledge we were getting. It was really cool.”

Having so many people on set ranging from all ages was not daunting to the sophomore. Brennan said that she has been able to work on as many projects as she could handle since coming to URI, usually logging 14 hour shifts on weekends to gain valuable filmmaking experience. While it may seem daunting to some people to work with so many people older than them, Brennan saw the value in it.

“It seems so intimidating at first, but so many people want to share the information and the knowledge that they have,” she said. “It’s really valuable. And it’s also really fun. It’s a really fun environment.”

Avila, who graduated from the University in 2013, said she got the idea from somebody she met at a film festival. The idea stuck around in her head, and after realizing she wanted to direct a project in the horror genre, she received the green light to use the script.

“It was a really cool experience,” Avila said. “One of the nice things about it was I had brought out a couple people from LA that I really loved working with. They’re not teachers, but I consider them to be great teachers.”

She also said that the outside help she brought along with her created a valuable learning community.

“It made for room where if someone messed up because of their inexperience, which is bound to happen, even experienced people mess up sometimes, I knew they were in good hands with someone that would patiently work with them so that the learning experience was there.”

Avila came to the University as a full-time lecturer in the spring. She taught classes in film history, film directing and film production, and Brennan took all three of these classes. Avila hopes to be able to return to the University in some capacity in the future.