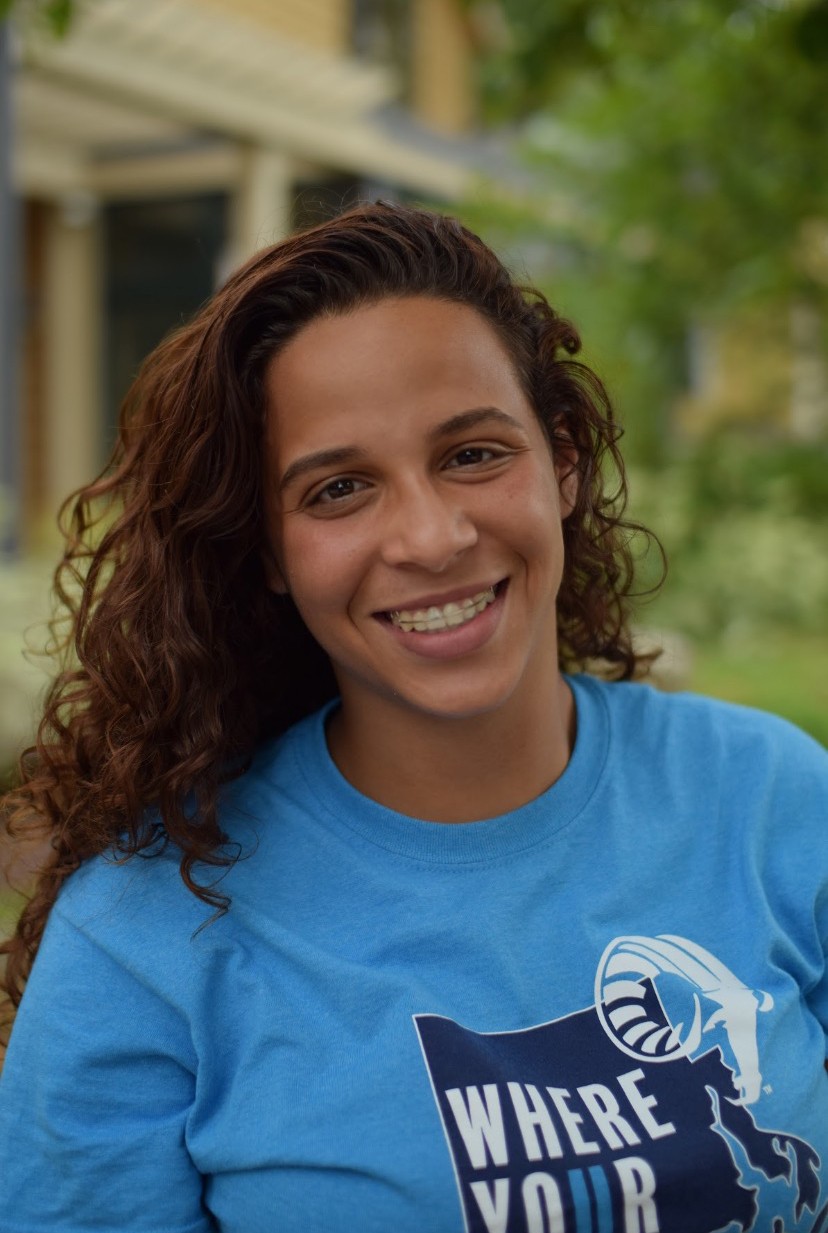 Senior Maya Suggs talks about her experience as a first-generation college student, and her journey to where she is now. Photo contributed by Maya Suggs.

Senior Maya Suggs first heard the term “first-generation student” when she was going through the college application process as a senior at West Warwick High School.

Suggs was aware that her parents didn’t have a college education, but they still managed to find success in their respective careers without degrees, so Suggs hadn’t given college much thought until her senior year.

“Personally, I don’t think I saw college as an option when I was in high school,” Suggs said. While her parents were successful, they still struggled financially. “No one really talked to me as a high school student about [college] as an option.”

However, when a Talent Development (TD) Program representative from the University of Rhode Island came to her high school to speak about the program and URI, Suggs had a change in perspective. She realized that with some financial help and through working with advisors, college could become a reality for her.

“For the first time, I realized I could go to a four-year school and get a four-year degree,” Suggs said.

Suggs was accepted into URI’s TD Program, which is designed to help Rhode Island students from historically disadvantaged backgrounds, a majority of whom are students of color like Suggs.

“It’s not just a cultural thing, no matter who you are, you can still be first-gen,” Suggs said. “You can have wealthy parents who did very well for themselves and still be a first-gen student and you still go through the same struggles because your parents didn’t go through it.”
She described her entire college application process as “nerve wracking.” Suggs remembers taking the SATs on a whim without studying or because that’s what her peers were doing.

“I was really surprised when I got into URI through TD because I felt so unprepared,” she said.

A lot of the struggles first-generation students face, including Suggs, go beyond the college application process. There are the obvious difficulties when applying to colleges as many students are able to rely on their parents to help them through essays and standardized testing or even just to take them on tours to different schools. However, once they arrive on campus as a student, their parents often don’t understand the stresses of life as a college student.

During her first year at URI, Suggs, a  human development and family studies major, became a tour guide and realized the impact she could have as a student on educating and inspiring high school students who had been in the same position as her.

“We can change someone’s whole life by talking to them and making them feel comfortable here at the University,” Suggs said. “I can make them want to be a URI student. When an inner-city student or a first-gen student hears a success story from someone who is similar to them, it means more to them.”

Through being a tour guide, Suggs had the chance to forge relationships with people on campus who work in admissions, and she realized that she had a deeper interest in higher education that she wants to pursue in her career.

“I would have never known how passionate I am about higher-ed if I didn’t get out of my comfort zone and get involved and do these things,” Suggs said.

Upon earning her degree, she plans on working in higher education and changing the entire recruitment process. She knows how important it is to have someone of her background present and telling students that college is in fact an option for them.

“There is nothing too big or too small you can’t accomplish if you put your mind to it,” Suggs said.