Hi, I’m Tatiana Snedeker. I am a sophomore nursing student, a first responder with URI EMS, the President of ‘r u ok?’ URI and I struggle with my mental health. I also struggle with acknowledging that I grew up in a community where mental health was a taboo subject. When I was upset I was “just being sensitive.” When I stopped doing my homework after my dad died I was “just being lazy.” When I refused to go to school I was “just going through a rebellious phase.” When in reality I was coping with mental illness, and it was being overlooked because of my age.

After my first hospitalization in the eighth grade, I was diagnosed with major depressive disorder, generalized anxiety disorder and post traumatic stress disorder. I was put on Prozac, Ambien and Ativan but no one explained what this meant. No one explained that the Prozac could make me more suicidal, or that I could get physically addicted to Ativan even though I was taking it as prescribed.

Throughout high school, I had been in and out of hospitals. My medications changed, my diagnosis changed and I changed. I thought of the hospital as a safe place, a place where I didn’t feel the pressure my environment put on me. By my third hospitalization, I had gone through three different social workers and therapists all of which I could not stand for different reasons. I was convinced that therapy was a waste of time.

I then found my current therapist who I worked with once a week for four years. I found out that I was bipolar, what that meant and how to manage it. For years I was on many different medications that never worked for me and was convinced medication did more harm than good. I was finally put on a medication that helped me stabilize my mood and showed me I was capable of stability. I learned that medications and therapy do work when it’s right for you. I learned how to cope with emotions I didn’t like, but also that it is healthy and valid to feel pain at times. I learned that it is important to have relationships (both platonic and romantic) as long as they’re healthy, but the most important relationship is your relationship with yourself. I learned how to love myself even when it isn’t easy.

My therapist used to always use this analogy of thinking of your mental health journey as fighting your way out of a burning house. When you’re in the basement you’re what in what is called crisis survival, you’re doing whatever you have to do to stay alive, but you’re not enjoying life or living a healthy life. Once you get higher you’re becoming more mentally healthy and getting further out of that crisis. It took me a very long time to even get out of the basement. Ironically once I got out it was even scarier because I saw what it was like to be happy and I was very scared of losing that happiness. Now that I know that happiness and know that I can experience it, I will fight to keep myself mentally healthy, because it is still a fight.

Hi, I’m Tatiana Snedeker. Sometimes I am not okay and I need help coping with my mental health and that is okay. I currently manage my mental health by taking care of my body, practicing self-care and seeing a therapist when I need it. I had to advocate for myself to get the help I needed, yet it is still hard to make that step and would have been easier if my community was more receptive to talking about mental health. So be an ally for those struggling with their mental health and advocate for those around you, because no one should have to suffer alone including yourself.

Breaking down the stigma surrounding mental health is insanely important because it is time to stop viewing mental illness as a weakness. It is time to be less judgemental and more validating. If the world was a more validating place in regards to mental health it would take off such great load of the extra burden that people experience when they are already struggling so greatly. Stigma prevents people from seeking the help or treatment they need and as a result, their symptoms become worse and more difficult to treat. If someone said that their throat hurt and was told they were weak if they went to a doctor you’d think that was ridiculous. Why should it be any different if someone needed to go to a therapist? 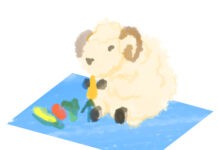 A case against Valentine’s Day 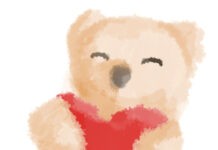 A case for Valentine’s Day