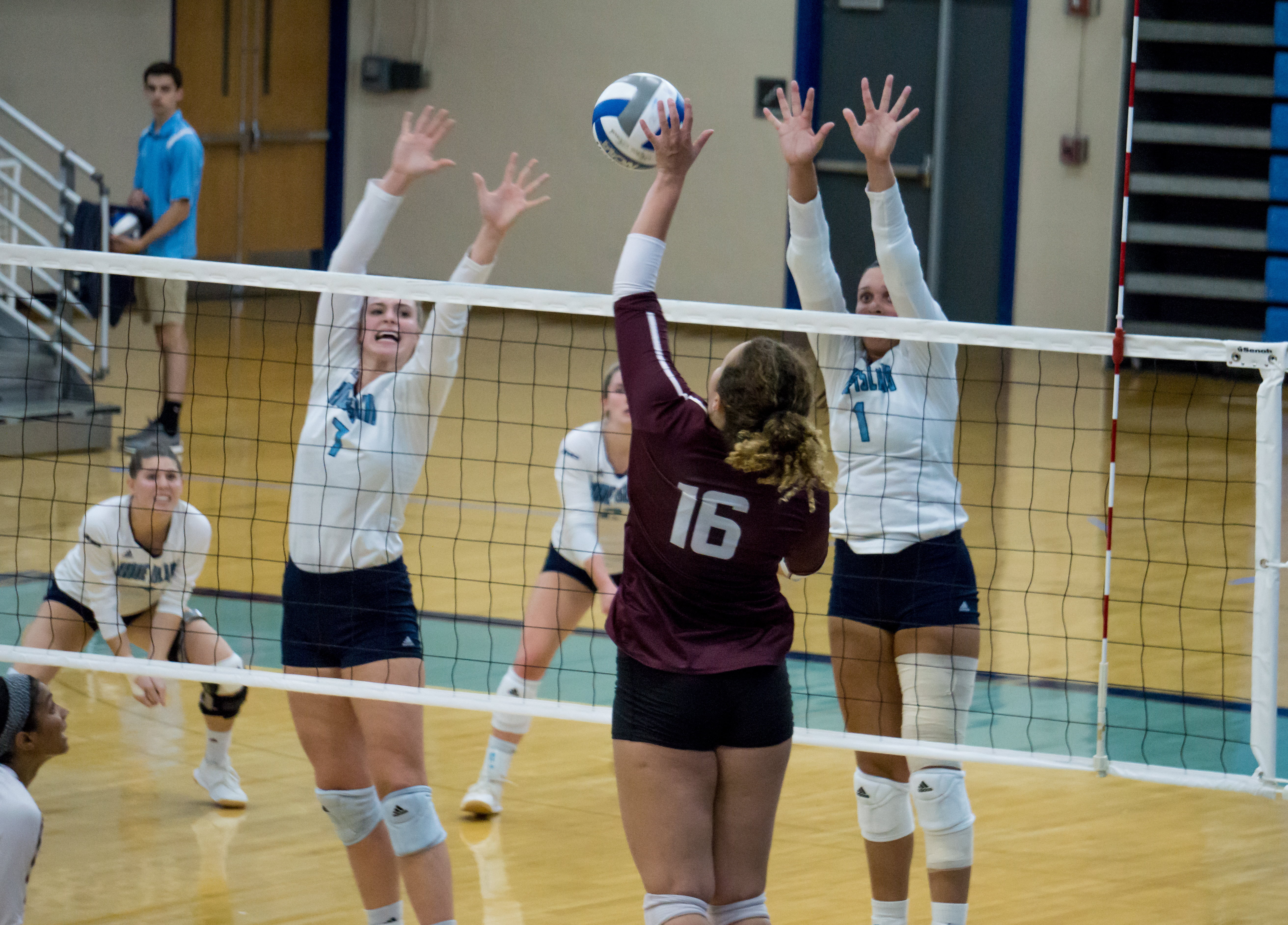 The Volleyball team served a close win against Fordham this week for their first win in tournament. Photo by Autumn Walter.

This past weekend, Rhody Volleyball took on Fordham University in their first Atlantic 10 match.

For teams across all sports, the start of conference play always sparks high anxiety for the athletes, coaches the athletic program. It signifies the beginning of fierce conference rivalries and tough games ahead.  The Women played five matches that kept the fans and coaches on their toes the whole time. The high stress and pressure showed in the first match, as the team seemed to be rushing some of their plays and giving easy points away.

“It was an ongoing heart attack knock on wood,” said Head Coach Steve Santonastaso. “The ebbs and flows on that match were pretty crazy.”

Rhody Volleyball won the first set in a close game 27-25, with Fordham reversing the score and winning the next set 27-25. Fordham kept their momentum going, taking the third set 25-20.  Rhode Island answered the bell in the fourth set, winning 25-22 to tie the match.

The tiebreaker match was an electric game, with the University of Rhode Island zipping out to a quick 9-5 lead in the early stages. Fordham remained undeterred, roaring back to take five points in a row to take a 10-9 lead in the set. The two teams continued to trade blows from there, with the Rams showing there grit and determination, as they took the last two points leaving the set with a victory by a score of 20-18.

Even though the team toughed it out and won the game. Rhody volleyball seemed to struggle with communication and technique at times throughout the match.

Sophomore Ella Ratzloff had herself a match in the winning effort for Rhode Island. She ended with 42 digs, which set a single-match record for the program.

“I couldn’t be more proud of everybody’s perseverance through the ups and downs,” Santonastaso said. “It’s a credit to them, to our team just working hard and believing that every point is valuable and their max effort is gonna win the balance of points. I’m proud of the team, I’m proud of the program.”

Rhody Volleyball now looks ahead to this weekend and a mini road trip. They continue their Atlantic 10 conference play as they travel to Dayton tomorrow to take on the Flyers, while a date with the St. Louis Billikens remains on the back burner for Sunday.