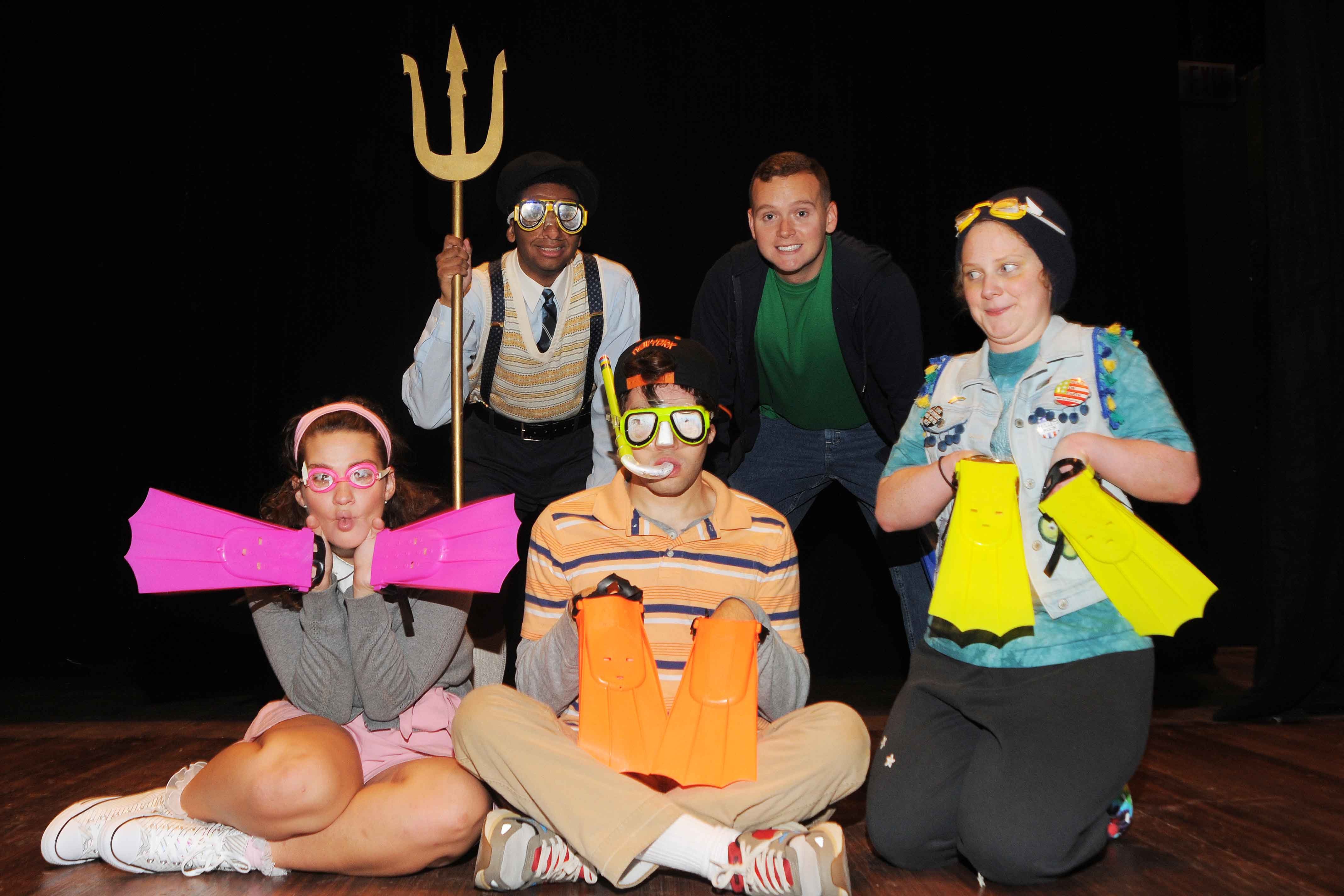 Theater students Omar Laguerre-Lewis, Conor Delaney, Lauren Janetti, Trey DiGioia and Meg O’Donovan are prepared to open “A Brief History of the Earth and Everything In It…” this weekend. Photo contributed by Randy .

Presented in conjunction with the honors colloquium “Religion in America,” the play “A Brief History of the Earth and Everything In It…” is a unique way of addressing the presence of religion in our lives and what happens when it crosses the line.

The plot revolves around a group of at William Jennings Bryan Public Elementary and how they respond to the oppressive religious measures their principle puts in place to demonstrate the traditional values her run for governor based on. Emphasizing the importance of science, history and the arts in their lives in the form of a musical, they are able to confront their principal and hopefully convince her to change her stance.

Omar Laguerre-Lewis, an actor in “A Brief History,” is thrilled to be a part of this production. He says that what really makes this play shine is that the playwright, David Rabinow, has played a very large role in the production. Where in other productions there may be a pressure to meet certain standards and expectations, Rabinow encourages the actors and actresses to bring their own unique interpretation to the table.

“My fellow actors and actresses are enthusiastic, bring their own personality to the table, are fantastically vibrant characters and whip smart,” Laguerre-Lewis said.

He sees the play as a reflection of different ways to take a stance against people who use religion as a means to gain personal power at the expense of others but stresses that it is meant to be open to the interpretation of the audience.

Laguerre-Lewis explained that because “A Brief History” is a satire they have to make extremes to make a point, but that there are so many different angles of the bigger picture that there is never just one aspect to explore. They also want to play off of the audience’s response and open up the conversation of how religion is a part of our own lives.

Fellow actor Meg O’Donovan expanded on this idea. She explained that while it is being performed in conjunction with the honors colloquium it is addressing the more controversial side of religion rather than introducing different types of beliefs.

“[The show] is not pro any specific religion, and theatre you kind of have to question anything that has been established as truth and sometimes you have to make your audience uncomfortable for them to learn and gain a better insight,” O’Donovan said.

This will be O’Donovan’s first acting role at URI and is very excited to see the end product.

Laguerre-Lewis also emphasized the comedic aspect of “A Brief History” saying that it is not just about the deeper message but also the way these third graders respond to their principal’s methods.

“These are the smartest third graders you will ever know,” he joked, adding that it makes the audience really think how they would respond in their shoes.