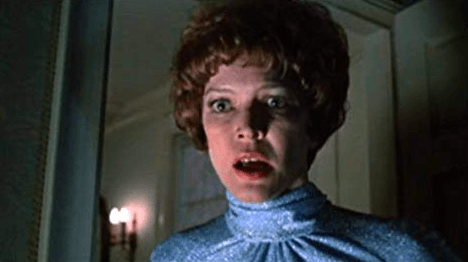 The leaves are changing, the temperature’s dropping and Halloween is just around the corner. Though the weather gets everyone in the fall spirit, there’s nothing better than curling up in the dark and watching the greatest horror movies of all time to get you ready for Halloween. For me, there’s nothing better than watching classic old scary movies. The scary movies of today just don’t compare to the directing of say, Stanley Kubrick or Roman Polanski. So, if you want to get into the spirit of Halloween with some classics, I’d recommend the following horror films.

A young wife, Rosemary, and her struggling actor husband move to a new apartment in New York City with strange, ominous neighbors. As Rosemary goes through her pregnancy, she suspects her unborn baby was cursed by witches. Not until after Rosemary gives birth, does she learn the truth.

Clarice Starling, a top student at the Federal Bureau of Investigation’s training academy has been recruited to interview a notorious psychopath, Dr. Hannibal Lecter, a brilliant psychiatrist known for killing and eating his victims. Lecter is suspected to have information on a horrifying case the FBI is trying to solve, and Starling may be the one to get the insight out of him-but not without some psychological games.

Jack Torrance hauls his family to the isolated Overlook Hotel in Colorado where he has been hired to be the caretaker for the winter. Jack hopes to overcome his writer’s block as he and his family become snowed in during the winter months at the hotel. As Jack gets nowhere with his book and discovers the dark history of the Overlook Hotel, he becomes psychotic. His son, Danny, struggles with psychic premonitions that become more and more disturbing by the day. All work and no play makes Jack a dull boy.

When a young girl, Regan, starts levitating and speaking in tongues, her terrified mother reaches out to medical professionals for help but reaches a dead end. A local priest thinks Regan was possessed by the devil and requests the church to perform an exorcism. The church sends in an expert to bring Regan back and relinquish the devil.

Markings, Meaning, Everything in Between: Students tell the stories behind their tattoos, Part 13