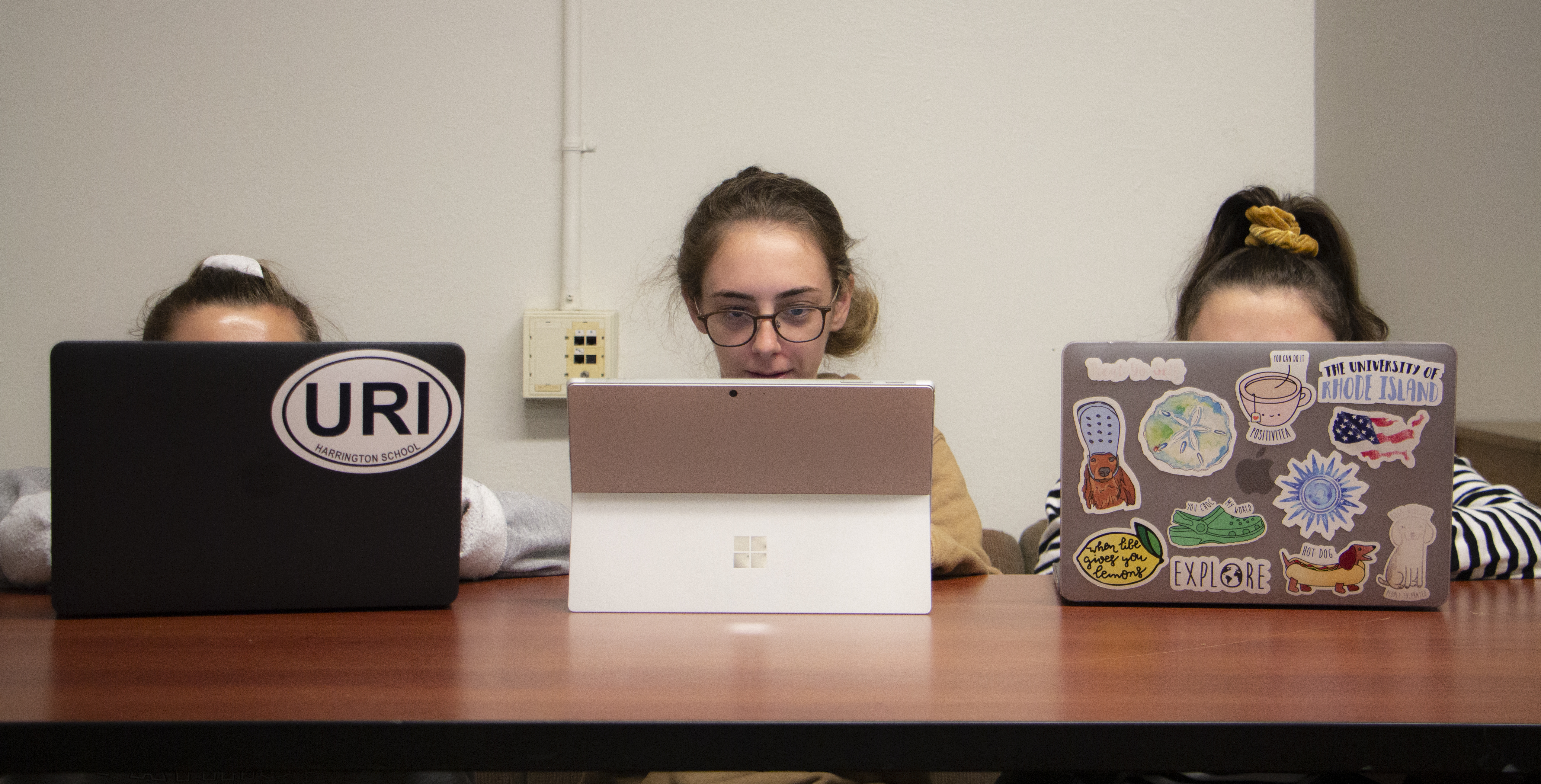 Students rely heavily on their laptops for school assignments. Photo by Greg Clarke.

Students rely on their laptops like it’s their lifeline. Students use laptops to complete assignments, conduct research, take down notes in class, interact with professors and for many other purposes. But, what happens when a student can’t use their laptop because it breaks or is inaccessible?

Freshman nursing major Rylee Cowie recently encountered issues with her laptop where the interior LED display had cracked, causing the screen to not display and appear black. Cowie reflected on how her situation affected her ability to complete homework.

“Since my classes come with a huge workload, I had to spend tons of time in the library using their computers, and even had to use my friends’ laptops to get everything done,” said Cowie.

In addition to a broken laptop making it difficult to do homework, Cowie said she encountered struggles during class, as well.

“In my anatomy lecture, we use laptops, so I had to use my phone during the lecture instead of just having everything pulled up on my laptop,” Cowie said. “I became stressed out not having my laptop for a week because of the amount of work I had to complete.”

offers rentable laptops for five dollars a day if a student happens to damage their own laptop. Cowie took advantage of this service while she was waiting for her laptop’s screen to be repaired. However, she said the laptop they provided was nothing like having her own.

“I was already fed up of relying on others, my phone and the library and went to RamTech to get a rental laptop for a few days,” Cowie said. “This helped a little, but was nothing like my laptop. Mine had all my bookmarks saved, and all of my work already pulled up. The rental laptop was slower than my own and was just not as convenient for me overall, but I was thankful that they offered this as an option.”

Cowie said that after she received her laptop back, she was “extremely relieved and surprised at how not having a laptop for a week affected [her] as much as it did.”

Freshman Jacob Tracey also acknowledged just how much he depends on his laptop to help him finish work.

“I use my laptop to do almost all of my homework and the WiFi outage last week made it impossible for me to complete an online quiz for my astronomy class which ended up being put in as a zero, bringing my quiz average down to a 27,” Tracey said. “I also couldn’t do my French homework which put me behind. I never realized how important my computer would be until I couldn’t use it.”