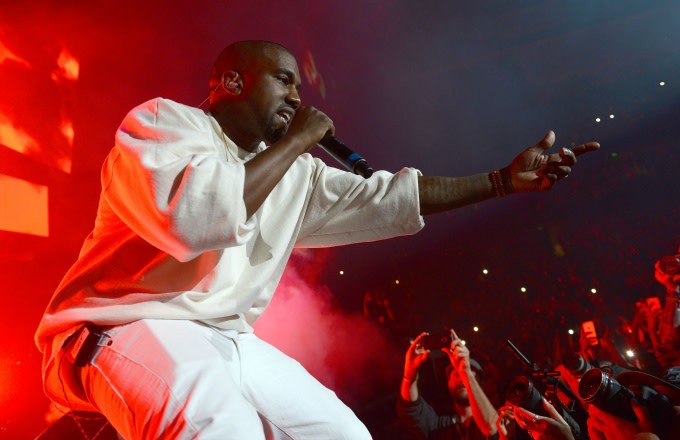 I can’t believe we were ever at a point in time whe we thought Kanye West wouldn’t make a gospel record.

The ninth studio album from the legendary rapper and producer, “Jesus Is King” places a laser focus on West’s Christian faith- an aspect that he has never been shy discussing. Whether it be his triumphant spiritual opus “Jesus Walks” in 2004, or his self-proclamation as “Yeezus” on songs like “I Am A God” (featuring God), the growth of West’s spirituality within his music has been staggering say the least.

When the announcement was made that West’s newest album was going to be a non-explicit Christian rap album, many fans were naturally skeptical. With West’s status as a musician being outshone by his status as an iconoclast, the idea of West venturing into this murky territory seemed like a total departure from the person he spent so long building. But, if there’s anything West seeks to prove with every new project, it’s to expect the unexpected.

Right off the bat, the parallels between this record and his last two solo projects are apparent. The production feels right out of “The Life of Pablo’s” playbook, which is to say that it’s very rough around the edges while still feeling very meticulous. The run-time of the album is also consistent with 2018’s Wyoming projects, not even eclipsing 30 minutes.

I would first like to acknowledge that there actually is more good than bad throughout this record. The album as a whole feels just as raw and personality-driven as any one of his most recent projects, and it feels like it bridges the gap between Christian and contemporary hip hop tastefully.

“Selah” is a bombastic opener that shows West in full form, with a fiery delivery placed over a thunderous wall of percussion that sets the tone for the rest of the project. “On God” is another track that does a great job connecting West’s personal life with his spirituality, placed over stunning synth arpeggios courtesy of Pi’erre Bourne.

Despite the uptempo nature of many of these songs, there were a few slower and more reflective moments that truly caught me off guard. “Water,” perhaps my favorite song on the project, is a cut that is smooth as butter, using the water metaphor to represent purity and rebirth. Perhaps the most surprising track on the album was “Hands On,” in which he calls out closed-minded Christian listeners for turning their backs on him and his faith.

My biggest criticism of the album is that with the magnitude of the theme combined with the short run-time, many ideas feel considerably half-baked and sterile. Take for example, “Closed On Sunday,” which feels like largely manipulative and in desperate need of fleshing out. Lyrically, it walks the line between silliness and seriousness in a way that is simply disorienting, and message of indoctrination and temptation does not sit well with me at all. The song “God Is” is another that attempts to hide lack of focus with a swelling gospel choir in the background.

Overall, while I don’t think it will stand the test of time like some of his far more iconic work, “Jesus Is King” is a welcome addition to the West discography, and an interesting psychological journey into the faith of one of pop culture’s most controversial figures. Rating: 7/10.